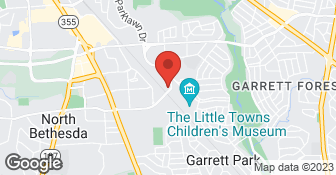 The company provided poor service and is now withholding insurance payment of $694 for damaged property until I remove my posted poor google review. Check the complaints filed with the Better Business Bureau and Federal Motor Carrier Safety Administration BEFORE you even consider using this company.

Description of Work
Moving services from MD to FL

I wish I could give negative stars, honestly. Had a last minute move from MD-GA for my husbands job. I called probably 20 companies for quotes and Sam from Roadway tricked me so good. She told me to never go with a broker because they would break my stuff and charge me more at the pick up and that Roadway wouldn’t do that. She said if I sent her videos of my house (exterior) and all the stuff I had I would be protected from this type of price gauging and that Roadway prided themselves on that! I was sold! I sent very thorough videos of all the furniture and the boxes we had all packed up. I didn’t want any surprises either so I felt like it benefitted me to show as much as I could! Sam and I even went back and forth via text sending photos and videos to know the exact size of this so she could get my cubic feet/quote right. She quoted me 1200cf which was the most of all the quotes I had, but I appreciated all her hard work and I truested what she had said of all this video and picture sharing was going to protect me from any surprises. I felt so taken care of…. UNTIL MOVE DAY. The movers show up and I’m walking them through the house. The foreman says after looking at my stuff for 3 minutes that we have 200cf more and it is going to be an extra $2000! He also said my planters had to be in a box, which I had to pay for, when Sam told me empty and stacked was fine. He said my couch was “bulky” (it’s not, it’s a 3 seater w a removable chaise) and I had to pay to have it wrapped. My lamps that Sam said they’d wrap, had to go in boxes, you guessed it, that I had to pay for. All my artwork that Sam said they would wrap in the blankets, nope. Had to pay to have them to be wrapped too. Sam the snake… I guess forgot to mention all these little extras that of corse add up very quickly. Not to mention the extra $2k! I was livid. I’m in tears at this point because we didn’t budget for an extra $2500, but the movers are here and we have to move so we’re backed into a corner basically by this moving company. I call Sam and said … w**?! And she has literally nothing to say. After saying she’d called her boss she told me “Just be firm with them.” IM SORRY WHAT? YOU should be the ones being firm with them. Realizing she is either not trained enough and terrible at her job or is an actual moron and can’t calculate a move correct I ended the conversation. I spoke with the foreman’s boss and not verbatim, but essentially says we can pay the extra, or not get our s*** moved. That the quote is a quote and the videos don’t matter because it was wrong. He threw an extra $300 off so we “would be happy”… yeah ok buddy. Sams boss calls me sometime later and has THE NERVE to blame me for not being honest about what I had. I kept repeating that I sent her videos, that everything was in the videos and any extra boxes were added and counted the day before. She didn’t care, she had such an attitude and just continued to say it was my fault. Im not sure what she was trying to achieve by calling me and blaming me? When I walked through the house to inspect everything, they left the rugs, left the lamps, left a faux plant. When I brought stuff out and told them it had to go too, they rolled their eyes at me and came and got the stuff. One of the movers spit his pink gum on my kitchen floor and left his crunched up Red Bull can that he was drinking when they got to my house on the ground in front of my house. Upon delivery, half of the furniture legs are broken, the boxes all crushed. I’m sure w broken items inside. We moved everything into a storage unit and there was no rhyme or reason for how things were in there. So finding anything now is impossible. We got a 10x15 storage unit which according to Google holds 1200 cubic feet, our original quoted amount of stuff… and wouldn’t you know all our stuff fits just fine, with room to space. Moving across state lines is already stressful enough. No one should have this kind of experience. Shame on you Roadway for taking advantage of people. You’re awful

Description of Work
Moving from MD to GA

I entered into an agreement with Roadway Van Lines to handle a move from Germantown MD to Wimauma FL. Roadway provided a moving window of Friday, June 25th between 7 am and 9 am. By 10 am, I had not heard from Roadway and called Dispatch. I was told that my truck would be delayed and they would call me back with an estimated time of arrival. Meanwhile, I contacted my move consultant, Jenny Gold (sp?) via text. She apologized and indicated that she would check the status and get back to me. We never spoke again. Dispatch contacted me at 11:32 am and indicated that my move would need to be rescheduled as my truck had broken down. I immediately texted Jenny and as of Monday, June 28th, have not received a message, apology or information about a refund. Today, I contacted the office and spoke to Ana, very defensive, and was able to get an email for customer service. The email bounced back as it was non-deliverable. Sent a text to Jenny Gold informing her of the above and have not received a response.

The question "How did it go?" is difficult to answer since I still haven't received my furniture. It's been 15 "BUSINESS" days (I was just corrected by them that it's "BUSINESS days" although that isn't what the customer rep said when there were trying to get my money.) I was told it was, on average, 10-12 days (no mention of "business days") for a delivery. I've been waiting since Nov. 2 and it is now Nov. 20. I was just told probably next week, and that they actually have until December 3 to deliver my furniture. What a pack of lies they sold me.

I also had Rachel Hills as my point of contact person and try much regret the service that I have paid for. The company seemed perfectly fine when they picked up my belongings, but the delivery has been a fiasco: This is primarily due to the fact that there was only one delivery man/driver. 1) I was not given 24 hour notice, as was part of my contract. My driver called a hour and a half before showing up 2) He was by himself, which would be less of a problem if he showed up at 4 in the afternoon, but it was 8 pm which meant that by the time he was done unloading it was nearly midnight leading to: 3) My bed frame that was taken apart in Virginia was not put back together here so it is still currently in pieces 4) The driver did not wear a mask in my home. 5) Due to the fact it was midnight once we were do (I Had to help take the blankets off so we could be done by then) I barely got to check off what might have be damaged or missing 6) I also had a bunch of items that did not belong to me, luckily one of the suitcases had a phone number on it, and I confirmed that she was missing her items I'm currently processing claims for the damages done to my things. (Review cross posted from Yelp that has the photos)

Description of Work
Moved from DC to Chicago

Description of Work
Worst moving experience of our lives! My wife and I hired Roadway Van Lines to move our property from DC to VA.

The movers showed up about five or ten minutes late, but as soon as they showed up they started packing and wrapping all of my items. I have a lot of stuff, but they were patient and very organized when packing my my things. My furnite was wrapped and all boxes were put on the truck very carefully like it was their own. When arriving to my new home, after the items were unloaded, i was surprised there was no damage to my property. Their office employees are just as helpful and professional as the movers. Just gotta say great job guys keep up the great work!!

Description of Work
help pack and move from Bethesda to Rockville MD.

It was good; we had no problems.

Description of Work
We moved locally in the area and they moved us.

2018 Super Service Award! Previous Winner 2017, 2016, 2015, 2014, 2013, and 2012. Bargain Movers is one of the trusted local companies helping relocate families throughout the Maryland, Virginia and Washington DC area. We have provided high quality service to our clients for over 3 decades. Our goal is simple; assist our customers in creating a stress free local or long distance move customized to fit both their needs & budgetary requirements. We recognize that job of relocating families and companies involves much more than just moving furniture. It’s understanding that an individual's possessions represent some of their most valued assets. Therefore our employees are extremely careful, respectful and understanding of our client's needs. As we pride ourselves on up-holding these values, we have built a strong and loyal client base for over 30 years. We look forward to moving you!  …

Eastland is family-owned and operated relocation company offering a full range of packing, moving and storage services for residential and commercial moving. We are an enthusiastic team aiming to change the way people feel about their moving experiences. Our team of professionals is here to assist you in your upcoming adventure – whether it is small or large move, short or long distanced – anytime, anywhere.  …

Roadway Van Lines Inc is currently rated 2.1 overall out of 5.

No, Roadway Van Lines Inc does not offer eco-friendly accreditations.

No, Roadway Van Lines Inc does not offer a senior discount.

Are there any services Roadway Van Lines Inc does not offer?