How Much Does It Cost to Ground an Outlet?

Electrical work may not exactly elicit a figurative spark like a bathroom remodel or kitchen renovation, but it can prevent a literal spark. Grounding an outlet is an important line of defense against electrical fires and electrical shock. It helps protect your home and your appliances—and it’s not usually that expensive.

The average electrician will charge $213 to replace an outlet, but that’s just one piece of the grounding puzzle. The more electrical work required, the higher the cost.

How Much Does It Cost to Ground an Outlet Per Outlet?

The cost to ground outlets might shock you—but that can be a good thing. Grounding an outlet is often a straightforward job for a licensed professional. It involves redirecting a current to a grounding pole, which is stuck into the ground. In the event of a power surge, the extra electrical current will be sent into the ground and away from your house, helping to prevent dangerous shocks and fires or damage to your appliances.

If your home is properly wired, all it takes is swapping out two-prong outlets for three-prong outlets. A good electrician can do this in 30 minutes and will typically charge a minimum labor fee plus the cost of parts. This project generally costs between $135 and $300 but can cost as little as $75 or as much as $485.

Things start to get more expensive if your home doesn’t have proper wiring. Sometimes, an electrician will need to add a grounding wire. For the average 1,200-square-foot home, you can expect this to tack on an additional $130 to $170 plus the cost of parts.

Finally, if your electrician finds significant electrical problems (think: damaged circuits or an outdated electrical panel), you may have to spend a few thousand dollars on the repair. In the rare case that a pro will need to rewire your entire home, it can cost upwards of $20,000—but this is far from the norm. In most modern homes, grounding an outlet is straightforward.

What Factors Influence the Cost of Grounding an Outlet?

Electricians typically charge between $50 to $100 per hour for labor—but the time it takes to ground an outlet can vary. Most of the factors that influence the cost of grounding an outlet relate to the scope of the job.

The Type of Outlet

At a minimum, most grounding jobs involve replacing the outlet, and there are a lot of different varieties. Inexpensive three-prong outlets typically cost between $5 to $15 each, but something like a ground fault circuit interrupter receptacle (aka GFCI outlet) will cost $7 to $25 a pop.

Moving or Adding an Outlet

Many older homes have a two-wire system rather than a three-wire system. In this case, an electrician will have to add the third wire (aka the ground wire) to ground the outlet. Wiring generally costs from $6 to $8 per foot, and you can expect to pay between $130 to $170 per connection, though it will be more expensive in a larger home and less expensive in a small apartment.

Rewiring or Replacing an Electrical Panel

Replacing or Repairing a Fuse Box

Some older homes still have fuse boxes instead of electrical panels. A single fuse may only cost between $100 to $200 to replace. If you need to replace your fuse box, it can cost up to $2,000. At this phase, many homeowners opt to upgrade to an electrical panel.

Wires aren’t always accessible. If your electrician needs to start opening up walls to rewire part of your home, that can increase costs by a couple hundred dollars or more.

Every room of your house has different electrical codes, and the requirements for outlets change depending on the location. For example, bathrooms must have GFCI outlets, which help protect people from electrocution. Though most modern homes are already up to code, homeowners with older homes may need to update their wiring. 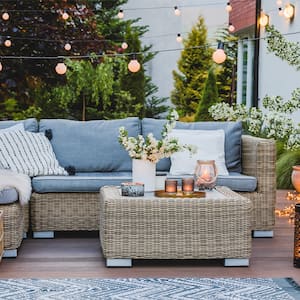 Cost to Install an Outdoor Outlet

The average cost to install an outdoor outlet is around $225

How Much Do Outlets Cost by Type?

Two-prong outlets are common in older homes, but those can’t be grounded. Instead, homeowners must replace them. There are many options, each with unique costs.

Traditional two-prong outlets only have a “hot” and “neutral” line. Three-prong outlets include the ground wire. This type is your standard outlet, and it’s also the least expensive, costing as little as $5. Higher-end models might include USB ports (since everyone loves a fully-charged phone) and run from $13 to $22 each.

Heavy appliances like clothes dryers or ovens need higher voltage outlets. Most of these outlets are 250 voltage, though you will see some 220- or 240-voltage outlets. The price depends on the amperage and the appliance, but you can expect to pay between $10 to $20 for a high-voltage outlet.

Ground fault circuit interrupter receptacles are required in certain rooms (particularly where outlets may encounter water). These outlets automatically shut off power if they detect an imbalance in electrical current, reducing the risk of injury from electric shock. GFCI outlets cost between $7 and $25 each.

As the world goes digital, smart outlets are becoming increasingly popular—especially among homeowners who enjoy the luxury of asking their digital assistants to dim the lights. These outlets can help reduce electricity consumption and save money. Hardwired smart outlets generally cost between $25 to $50 each.

How Much Does It Cost to Ground an Outlet Yourself?

Without the proper training, electrical repairs are dangerous. According to the National Fire Protection Association, fires involving electrical failures and malfunctions are the deadliest type of home fire in the United States. To protect your family, it’s important to hire a local electrician who is licensed and insured and will understand current codes and safety requirements. While they handle the tough stuff, you can spend your Saturday relaxing.

FAQs About Grounding an Outlet

How long does it take to ground an electrical outlet?

Grounding an electrical outlet can take as little as 30 minutes if you only need to replace the outlet or around two hours if you need to add a ground wire. More extensive electrical work will take longer.

Besides grounding outlets, how else can I protect my home?

Grounding is a great first step to prevent electrical shock, but you can take it further with GFCI outlets and AFCIs (arc fault circuit interrupters). In particular, AFCIs help protect against the type of electrical arcs that cause fires, like if a mouse chews on a wire or your laptop starts overheating at the wall. These are required in some areas of your home.

What other projects should I do at the same time?

In addition to grounding your outlets, you may want to:

How do I know my electrician is qualified?

You can verify an electrician’s license with your local licensing department and request proof of liability insurance from your electrician. You may also want to seek out online reviews for first-hand testimonials. 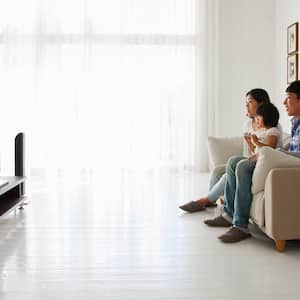 How Much Does It Cost to Install a Cable Outlet?