Which Home Features Do Americans Value the Most? [Survey] 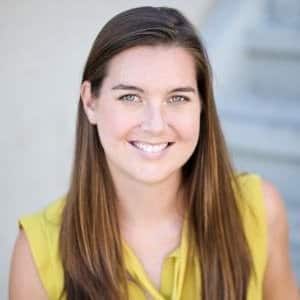 With such a hot housing market, we wanted to know which home features Americans simply can’t live without. We also looked into which luxury home features they value most.

We asked 1,499 Americans over the age of 25 what living spaces and luxury home features they appreciate the most and which basic features they can’t live without. The results might surprise you!

We also compared how men and women and varying age groups differ on which home features matter most to them. Keep reading to discover what these demographics agree and disagree on.

A Large Kitchen Area Is the Most Valued Living Space

Nearly one out of every three Americans list having a large kitchen as their most valued living space. Americans are cooking more than ever in part due to the COVID-19 pandemic—which could have influenced the value of having a larger kitchen.

According to a survey conducted by Hunter PR, 51% of Americans cooked more often during the pandemic, and 41% baked more often. The vast majority (71%) of those who cooked more plan to continue doing so post-pandemic.

People also highly value having outdoor space. 27% of Americans listed having an outdoor space as their top-valued living space.

Here are the other top living spaces:

Women place much more value on having a large kitchen than men. More than 44% of women rate a large kitchen as their most valued living space, while only 27% of men feel the same way.

The Death of the Guest Bedroom

The reason why guest bedrooms are so undervalued is unclear since we didn’t ask that in our survey. It could simply be that people value other areas of their house more than guest rooms.

Another possibility is that the COVID-19 pandemic has increased people’s wariness of having guests stay with them. This hesitancy plus the increased access to fully furnished houses or lofts via services like Airbnb or Vrbo could be why guest rooms are less valued.

Men and women value hardwood floors nearly equally, with 27% of men and 28% of women listing them as their most valued luxury home feature. The two groups also fall in line with their value on updated appliances—31% of women and 30% of men want updated appliances in their homes.

Despite the pandemic, which caused millions of people to stay at home more often, home gyms are not highly valued. Only 10% of Americans list having a home gym as their primary luxury home feature.

A laundry room is the most desired home feature. 34% of Americans state they can’t live without one. When digging deeper into this group, we found that women feel strongest about having a laundry room. 39% of women stated they need a laundry room, while only 29% of men feel similarly.

The other two home features Americans feel they can’t live without are an outdoor space (24% of men and 20% of women) and a large kitchen (19% of men and 21% of women).

There is little to no variation between age groups when it comes to which home features they can’t live without. All five age groups listed having a laundry room as their top home feature and an outdoor space as their second.

Home Features Americans Can Do Without

Despite an increase in the number of Americans working from home due to the pandemic, only one in 10 people feel like they need a home office. Women especially feel they can live without a designated home office, with only 6% stating they absolutely need one in their home.

The Future of Home Designs and Renovations

Based on our survey results for those 25 to 54, homebuilders, contractors, and renovators should prepare for these home features in future designs and renovations:

For more information on homebuying trends, check out our 2021 millennial homebuying statistics.

The findings of Angi’s 2021 home feature survey stem from an online Google Consumer Survey. The sample consisted of 1,499 respondents who live in the United States. We applied post-stratification weighting to ensure a reliable representation of the total population. Post-stratification weighting adjusts the weighted demographic totals (sex, age, location, etc.) to the known population. We conducted the survey between July 15 and August 16, 2021.