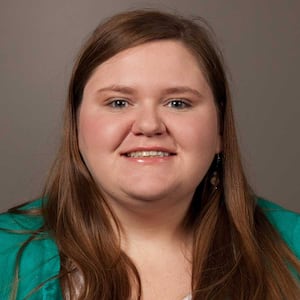 Even before finalizing the purchase of his Brownsburg, Ind., home, Joe Mallory dealt with a home-repair diagnosis homeowners everywhere dread: mold. He says the home required mold removal after the home inspector examining the bank-owned property found mold growing in the master bedroom as the result of a roof leak left unattended while the home sat vacant for about eight months.

Mold can be a scary thing for homeowners who are unfamiliar with mold’s effects and how to get rid of mold, Indianapolis mold remediation companies say.

Weather can also affect and contribute to mold growth. Despite the Indianapolis area’s dry summer last year, Central Indiana experienced 71 days with a dewpoint above 65 from May through September, indicating a higher level of humidity, and Indy received 4.5 inches above normal rainfall in September, says Ken Scheeringa, a climatologist at the Indiana State Climate Office. “Homes breathe from the bottom up, so mold from the crawl space or basement will eventually find its way into the home,” he says, but adds that mold is actually prevalent in the air, and for most healthy individuals, not a cause for alarm. “I can find mold in virtually any home I go into. The question is: What extent is it, and is it a potential health issue for the homeowner?”

Dealing with a mold diagnosis

Mallory and his wife finalized their home purchase in 2009 and moved in after the bank sent a general contractor to repair the roof and perform mold removal, but the Angie’s List member says the roof leaks returned in 2011. Mallory hired Bone Dry Roofing, a nine-time Super Service Award winner on Indy’s Northwestside, to replace the roof. But with a pregnant wife, he worried that the new leaks might have created more mold. Last March, the Mallorys paid highly rated American Mold Experts in Avon, Ind., about $240 to check for mold in the home, inspecting the master bedroom and other problem spots such as the bathroom and kitchen. Today, the new parents breathe easier after an independent lab’s analysis confirmed safe mold levels in the home. “We were being very super cautious,” he says. “We don’t have any allergies so far, but this is our first child, and we’ve had friends and family with horror stories.”

Overwhelmingly, Angie’s List Indianapolis members report positive experiences with mold remediation and testing companies, submitting positive reviews about 91 percent of the time in the past three years. However, according to the National Air Duct Cleaners Association, many disreputable companies trick consumers by using bait-and-switch sales tactics where they offer a low price to clean air ducts, but then charge exorbitant prices to remediate the “mold.” Several Indianapolis-area Angie’s List members complained that’s exactly the situation they found themselves in after responding to a coupon in the mail for ultra-cheap air duct cleaning by poorly rated Indy Air Care, based on the Far Eastside.

Indianapolis member Harmeet Savanur says she called Indy Air Care after seeing a coupon for a $49 air duct cleaning. But she says she became suspicious when Indy Air Care performed no actual mold sample test, but tried to convince her she needed to spend about $1,900 to clean up the mold they allegedly found in her air ducts, or she and her family would suffer health problems. As a family doctor and mother of a then 2-year-old son with respiratory problems that flare up when mold is present, she says she saw through the vague scare tactics. “Everybody is afraid of mold, and the way they pressed on the urgency of cleaning it, I may have fallen for it,” she says. Instead, she got a second opinion. Savanur paid another company, highly rated Stanley Steemer, $350 to clean and inspect the ducts. She says they found no mold, just dirt. Despite attempts to contact Indy Air Care for comment, the company didn’t return messages.

The Indiana attorney general’s office issued a warning letter to Indy Air Care in June following a consumer’s complaint that the company misrepresented needed repairs, state records show. AG spokeswoman Erin Reece says state law prohibits her from sharing that warning letter or further details about the complaint, but records show the air duct cleaning company settled with or refunded money to eight of the 17 consumers who’ve filed complaints since 2007. Previously, Toby Tobin, the current registered agent of Indy Air Care listed with the Indiana Secretary of State, was fined $150,000 and ordered to pay $15,295 in consumer restitution by the Ohio attorney general in 2008 on charges that his company, Buckeye Air Care, violated state law. The AG’s complaint alleged bait advertising; price comparison, repairs and service violations; false or misleading representations; shoddy workmanship; and violations of the Home Solicitation Sales Act, according to state records. Ohio AG spokesman Mark Moretti says to date Tobin has paid no restitution or fines.

In Indiana, neither mold remediation companies nor testers are required to be licensed or certified, but it’s best to seek out highly rated mold remediators trained or certified by reputable groups, such as the Institute of Inspection Cleaning and Restoration Certification or the Indoor Air Quality Association. Bob Ederer, owner of Mold Inspection Consulting and Remediation Organization, a Redmond, Wash.-based group that trains and certifies mold professionals across the country, including some in the Indianapolis area, says MICRO-certified members are trained to follow IICRC guidelines. “The standards IICRC developed are regarded as the ‘Bible’ in the industry,” he says. IICRC offers certifications for individuals or companies that attend training courses and maintain continuing education.

Dan Bernazzani, a past IICRC president, advises homeowners to hire separate companies to take mold samples, perform the lab testing, and complete mold remediation and restoration to avoid conflicts of interest. “You want to find somebody independent, not paid by the mold remediation company,” he says, but concedes that Indianapolis may be one area of the country where it’s difficult to hire separate companies. In Indianapolis, many companies — including those highest rated on Angie’s List — do offer both mold testing and mold remediation services, but those interviewed say they send their collected samples to independently owned labs for the actual microbial analysis. American Mold Experts, for example, offers both testing and remediation services, but president Julie Hurst says most homeowners she deals with accept the independent lab report as enough to avoid the potential conflict of interest. She says her company sends samples to Enzcycle Lab in Fort Wayne for testing.

With the need to hire separate companies in mind, Diana Catt, a microbiologist and instructor at the University of Indianapolis, says she formed highly rated Mold Diagnostics in Monrovia, Ind., in 2004 after a family member’s immune system became compromised and she struggled to find an independent mold testing company to confirm her home was safe. “There’s a lot of people who want to know if I do the remediation, and when I explain I’m independent from that, they say that’s exactly what they want,” she says. She charges $200 for one outside control test and one inside test, then $25 to $50 for each additional mold sample depending on type.

What to expect during mold remediation

Mold inspectors use tools such as moisture meters and infrared camera readings, as well as sight and smell, to determine where to test in the home and what type of sample to collect, according to Jason Dobranic, vice president of microbiology and life sciences at EMSL Analytical, a national testing lab with a location in Indianapolis Air samples are most common, but when there’s visible mold, tape-lift or swab samples can give more detail on the mold’s structure and species. “A lot of people like to say it’s more like an art form to go in and do an investigation,” he says. “There’s a technical aspect, and people gain more intuitive experience over time. The longer you do it, the more you know where to look.”

The most common mold testing method is comparing air samples inside and outside the home to establish a baseline mold spore count. Some strains, such as Stachybotrys chartarum, often called “black mold,” can release mycotoxins that further aggravate health problems. “Everyone wants to know what’s a safe level or what’s a bad level,” Adams says, noting there’s no standard because the amount of mold spores per cubic inch and the mold types vary with season and geography. “The relation between inside and outside is important. You can have a relatively high count inside but an astronomical count outside, so it’s just air seeping in. But if it’s higher inside than outside, the source is inside.”

Kyle Olson, project manager for highly rated A & D Hydra Clean on Indianapolis’ Northwest side, says his company uses highly rated Micro Air, a third-party lab in Indianapolis. Based on their findings, A & D remediates the mold and restores the space. Typically, mold cleanup under IICRC standards includes containment of the area using plastic barriers and removal of damaged material, along with air scrubbers or “negative air” machines, which pass the air through HEPA filters to remove mold spores and construction particulate, he says. “The best antimicrobial is dryness,” Olson says. “Keep your relative humidity under control, keep your plumbing up to date, and if you notice water, that’s a problem you should get checked out.”

Extensive mold removal can be expensive. Local companies say cleanup costs typically start around $2,000, but that can dramatically escalate to tens of thousands of dollars depending on the severity. Homeowners’ insurance typically doesn’t cover mold removal unless it’s related to a covered event, such as a burst pipe, or the homeowner has a specific add-on to the policy, according to Loretta Worters, spokeswoman for the national Insurance Information Institute.

Angie's List member Heather Griffiths, who lives in the Trader’s Point neighborhood on Indy’s Northside, faced a nearly $18,000 cleanup bill last year, after the ice maker in her refrigerator failed while her family was out of town, causing water damage to the kitchen and adjacent bathroom, and mold growth throughout a basement linen closet. Griffiths, a microbiologist who also has asthma and two small children, called several mold remediation companies before settling on A & D. “I closed it up immediately, and didn’t let anyone in the basement,” she says. Fortunately, she says the majority of the cleanup was covered by insurance because the plumber pinned the burst on high water pressure coming into the home. She performed her own mold testing after cleanup. “Quite honestly, it didn’t matter to me what kind [of mold] it was,” Griffiths says. “I just wanted to get it out of there.”

While some individuals suffer no health effects following mold exposure, the Centers for Disease Control and Prevention says others may experience nasal stuffiness, wheezing, or throat, eye or skin irritation. Those with serious allergies may react more severely to any molds growing in their home environment. Molds can also trigger asthma episodes in individuals with asthma, or cause serious infections in people with chronic lung illnesses or immune suppression, such as individuals with HIV infection, cancer patients undergoing chemotherapy and organ transplant recipients. 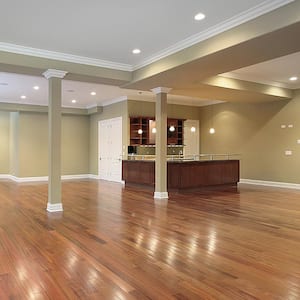 How Much Does Mold Remediation Cost?