Do You Need to Update Your Homeowners Insurance?

Failing to update your homeowners policy with changes related to home improvements, the addition of expensive electronics and jewelry could affect or even rescind your policy.

Have you looked at your home’s insurance coverage recently? If you haven’t, you’re not alone. According to a recent nationwide poll of Angie’s List members, many homeowners don’t check their policy regularly enough. Nearly one-third of respondents said it had been two years or more since they had reviewed their policy.

Failing to update your policy with changes related to home improvements, the addition of expensive electronics and jewelry — even things like getting a new dog or doing away with your old alarm system — could affect or even rescind your policy.

“Most people don’t realize that they’re not covered for a stone falling out of their jewelry, or for water backing up into their basement or the main level of their home,” says Brian May of May Insurance and Financial Services Corp. in Fishers, Ind., who recommends homeowners sit down with their agents annually to review their policy. “Any time you make a major purchase, are building an addition or remodeling, you should call your agent. Some policies require the insured to notify the company to retain guaranteed replacement cost on the dwelling coverage.”

Guaranteed replacement cost is the type of coverage most homeowners have in the event they have to rebuild their home due, which offers a cushion — usually 25 percent above the home’s value or more — in case it costs more to rebuild the home than it did initially.

“Things change throughout the neighborhood and things change throughout time,” says Aaron Steffey of Steffey Insurance Agency in Indianapolis. “Each year, with the way costs are rising, the dwelling amount might get bumped up. Or, it could be a situation where you’ve been in a home for 20 years and that amount has kept going up and it’s over insured. You (want) to run a new cost estimator to make sure your home is insured for the right value.”

Living in a flood zone, the threat of damage from an earthquake, adding a swimming pool, adding or removing an alarm system, and even the type of dog you have could affect the type of coverage you need. Certain breeds of dogs, for example, must be accounted for on the policy.

“If you exclude those animals and it bites someone on your property and you get sued, the insurance company may not cover it, so you have to notify them of that,” Steffey says. “Any time you get a new alarm (contact your agent). If you put in a swimming pool, it adds liability to your property. That is why checking every year with your agent and just updating what’s gone on in the past year would really help.”

Damage from water is often a factor unaccounted for by many homeowners, both agents agreed. May says it’s difficult for him as an agent to tell a client that they don’t have the coverage they need when a claim arises.

“It’s heartbreaking to say to someone that they’re not covered,” May says. “I don’t want to be that person. If you have a basement with a sump pump, you should absolutely purchase that coverage with the appropriate limit. If you have a power outage and you have a loss, a standard homeowner’s policy excludes that.”

If you’re shopping for a new policy, don’t just look at rates. Find an agent who is well-versed on the varying coverages and isn’t interested solely in making the sale; one who will act as a consultant during the purchasing process. Insurance agents must be licensed by each state in which they do business.

Before purchasing insurance, read through the initial application you sign to make sure your information is accurate.

“If something becomes a gray area, the insurance company will go back and look at that application to make sure (the homeowner) accurately represented what they had,” May says. “I would make sure that the agent has done a replacement-cost worksheet on the home to determine its true replacement cost. (Secondly), I would look at the deductible, so it’s manageable and within your budget; and third, I would ask the agent to disclose what options are available and their price so I can determine as a consumer if I want those options or not.”

Editor’s note: This article was originally published in January 28, 2012. 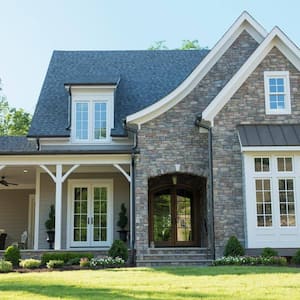 How Much Does Homeowners Insurance Cost in 2022?

Most homeowners pay $900 to $1,800 annually for homeowners insurance, but plans are specific to your home and state