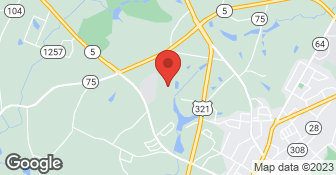 Since 1995 Spectrum Restoration Services has provided "Restoration Beyond Expectation" to the greater Chicago area. Spectrum's unwavering tradition of customer service extends to each and every service we provide. At Spectrum, we guarantee our work and maintain the highest ethical standards. We provide Quality Certified Technicians who are keenly aware of the difficulties and concerns that accompany disaster restoration. We especially understand the unique balance of high standards and strict budgets and We work hard to constantly and consistently exceed expectations. Spectrum Restoration Services is an active member in good standing of the most-respected associations in the restoration industry, including: Chicagoland Apartment Association Indoor Air Quality Association Institute of Inspection Cleaning and Restoration Certification Vortex Drying Network Restoration Industry Association Independent Mitigation And Cleaning/Conservation Network Spectrum Restoration is your source for immediate, guaranteed help. We provide disaster restoration from water damage, floods and fires to mold and crime and trauma scene decontamination. We also offer thorough, expert carpet and upholstery cleaning for every interior of your home or business. When the worst happens, we provide restoration beyond expectation. Find out how our full range of cleaning and restoration services can help protect you and your home or business. We restore it right. Right now....

Professional, friendly service. Did the job as requested without incident. Happy w/ results.

Description of Work
Carpet cleaning (including some area rugs) and sectional sofa cleaning.

A water supply line to the upstairs bathtub broke while we were away from the empty house we were getting ready to sell. No one had been in the house for two days, so we had collapsed ceilings and water on every level and in every room of the house. We called Spectrum Restorations Services within an hour of our discovery--Friday night at about 6 p.m.--and the company president was there an hour later with industrial dehumidifiers to being drying the house immediately. Over the next nine days, Spectrum's staff dried the house and removed everything that couldn't be saved. The house was built in 1927 and we were devastated to think of all the original elements we were going to lose, but Spectrum's staff bent over backward to salvage as much as possible. What could have been a tremendously traumatic event was a lot more manageable because of the Spectrum staff's care and professionalism. I highly recommend them.

They did an outstanding job!!!! I've have been using this company for many years. They have always done a wonderful job cleaning my carpets.But, this time, for some reason, the carpet looks like the day I bought it!!! Their professionalism is great. Will continue to use them in the future. I'm not sure if $100 was a little high for the cost of Scotchguard.

Description of Work
Cleaned 3 rooms, two stairways, and one hall. I had them do Scotchguard as well, so that was an additional $100.

Workers were orderly, polite and on time. Did everything quickly and professionally. It was less than 2 days from the time that we ordered the cleaning to when they completed the service. Fast and responsive. And best of all, they made our crappy carpet look like new again.

We are an emergency service open 24/7. No matter what time it is, give us a call and we can help! We service Charlotte, North Carolina, and its surrounding areas. Whether the damage is caused by water or fire, or there is a need for mold remediation services, United Water Restoration of Charlotte is the number one option.  …

We are a locally owned business since 2004. We are not franchised. We are fully insured for both mold inspections and remediation. We do crawlspace waterproofing. We can do encapsulation in crawlspaces. We are honest with our customers and believe in fixing problems not causing them. When you call our number you will actually speak with the owner Mike Smith. He is certified with the IICRC in both mold and water damage. Mike is very honest with his customers. If he tells you something needs to be done then it needs to be done. He won't sell a job just for the business. Our reputation is very important to us.  …

Spectrum Restoration Services is currently rated 5 overall out of 5.

No, Spectrum Restoration Services does not offer eco-friendly accreditations.

No, Spectrum Restoration Services does not offer a senior discount.