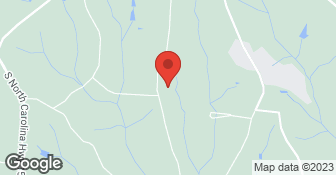 Baio & Sons LLC is a general contractor specializing in Kitchen, Bath, and General Interior remodeling and renovation. We take pride in every job as if it were our own project. We have been in business since 1992 and have remodeled over 600 kitchens and bathrooms as well as ground up construction on over 225 homes. Our staff is well educated in all stages of the construction process and highly skilled in all trades associated with the projects we are involved in. We have interior Designers that we work with if you are in need of that service

The workmanship was exceptional!!! Tawny was so nice and helpful with deciding what changes should be made to update our kitchen. Tony came by everyday to check on the progress and to make sure everything was done properly. The whole job was done in a very timely manner. I absolutely love the finished product. It feels like a whole new room. Fantastic!!! I am highly recommending Baio and sons to use for any work you need done. It was a pleasure doing business with them.

Remodeled house and laundry room and also built a new bed and bath. Mike and his team did an excellent job all the way around and at a reasonable budget as well.

Description of Work
remodeling and adding a new bed and bath.

i had a contract with them with a full tear out of the existing kitchen and with complete cabinet replacement, it was a full kitchen remodel, the staff was professional however there was a lack of communication on scheduling through out the entire job, what i was told it would take about 4 weeks from start to finish but it took probably 6 weeks which i didn't have kitchen sink and couldn't use the whole kitchen. the cabinets installed did not match the original expectations and towards the end of october the cabinet parts were ordered for delivery with a promise to comeback and replace the components and the parts delivered last december 2021 but up to now the kitchen parts are still sitting here and i'm unable to get them to come back, he promised me to come back so many times but he is not coming back. the job is incomplete and they did not honor their commitment.

Mike and his crew are amazing. We needed to do a lower level renovation including adding a handicapped-accessible bathroom with a fairly short turn-around time as my elderly parents needed to move in due to my stepdad's failing health. Every one of his crew as well as the subcontractors were on time and did very high-quality work. My house was left clean at the end of each workday, and I was warned well in advance of days that might be noisy, as I work from home. Mike had great, creative ideas that solved a few strange twists in the layout, too. We were especially worried about the tile flooring in the kitchen and bath being problematic as it was formerly an unfinished, unheated basement, but they turned out perfect......better than we had dared to imagine, especially given the starting condition of the floors. Ahead of schedule, my mom and her husband were able to move into an inviting, thoughtfully planned space that far exceeded our expectations that stayed within the quoted budget. We will absolutely use them again.

Excellent experience. Mike’s crew is kind, professional, light hearted and trust worthy. It is so important to feel as if you are “in good hands” and with Mike and his team you are! Mike was always responsive and gave his advise throughout our project. His experience/quality that he brings to the table is worth every penny. Can’t wait for a remodel in 20 years!!

Mr. Baio's son did the work with no supervision after the original crew was supposed to do the job. The tile floor was originally laid so poorly that Mr. Baio had it ripped up and redone after purchasing new tile. The wainscot was installed using material that had been in the garage (100 deg F, with fluctuations in humidity) and was immediately installed directly from the garage without 48 hour acclimation time to a 73 deg F, 40% humidity house as required by the manufacturer. This resulted in breaks between the pvc panels that will need to be ripped out and redone or caulked because of the contraction due to Baio's blatant disregard for product directions. After discussions with product engineers, I presented my concerns with Mr Baio about the subpar job. Mr Baio became verbally combative, literally threw his hands in the air and said, "I'm done with this place, you keep the rest of your money". Mr Baio continued to storm out of my house and when asked if I could have this in writing, his response was, "you'll get something in writing from my attorney". Not only did Mr Baio refuse to discuss a resolution, but placed me under duress of legal action because he wouldn't accept any more payment or come up with a solution befitting to both parties in a calm manner. I would not recommend him for any project, large or small and I would also recommend legal counsel before signing any contract with his company.

A more than qualified crew performed the work on Mr Rileys home. Supervision was provided myself Daily. The issue with the initial tile work was a tile Choice that required 4 tiles be laid together to create a paisley type of design. First the tiles were neither the same measurements and were not perfectly square, and second the pattern was not printed on the tiles uniformly from the manufacturer. The tiles were laid with spacers and levelers to make all grout lines uniform and the tiles perfectly flat. With the irregularities in the tile this created a push in the pattern and was not realized until most of the floor was laid. Once we realized what the issue was we took up the tile and purchased all new tile and relaid it lining up only the pattern and not the grout lines. The tile floor looks perfect now. This only took one extra day. As for the Plastic wainscot. This is a product that i would not recommend as it is a pvc product which is extremely unstable. It will move from now on with temperature changes inside and outside of the home. Mr [Member Name Removed] seemed to have an extremely short temper. I was even told by his wife, after the tile issue, Not to talk to him only to talk to her indicating this issue. The [Member Name Removed]’s have only paid for materials at this point. No labor cost were paid and have not been requested. After Mr Rileys rant about the wainscot I did not feel comfortable around him and simply wanted to get out of his home as I did not know what he would do. Further, I would not put any of my employees in that situation. Again No labor has been paid for.
5.0

Everything was great. So glad we found Michael and his group. Great communication. The were great to work with. We started with a kitchen remodel, after considering numerous contractors, and it went so well that we kept adding more projects. Will hopefully work with them again on future home projects. A+

They did an awesome job turning a 70 year old dated farm house into a brand new home. New countertops, appliances, drywall and flooring. I literaly have a brand new home now and it looks great ! I rehired them to add an addition to the home

They did an excellent job. We’re very clean and thorough. Kept us informed during the entire project. Would highly recommend and use again.

Everything works way better than I expected to be. Always on time, project completed in a timely manner, I can talk to them very comfortably. And yes I will hire them again no doubt and I also highly recommend them.

It all went well. I was mostly worried about cleanliness and they did a great job.

Always on time or ahead of schedule. Very Reliable, and if there is a better way of doing the Project for cost reasons, he will explain it. They have done major projects at the Family Business to small projects at home.

Baio and Sons are first-rate professionals and perform quality work from design to finish. Both the designer and owner return after the job is completed to do a final walkthrough. This is the second time that they did remodeling at my house. I will definitely use them again.

We cannot stress how happy we are with the entire process of dealing with them. From the design, process and completion of or project, we had nothing but open communication and noticed a great pride, skill and workmanship that not all contractors possess. We have recommended them to many family and friends, and will be using them again in the future for some of our dream projects.

Description of Work
3 Season room and a bathroom

Thank you Mr. [Member Name Removed], we at Baio and Sons are so glad you are enjoying your new spaces, as that's what we strive to hear! Will also pass this review off to our in the field guys as well, so they know their attention to detail and craftsmanship are also appreciated! So glad you were happy with your experience, and we look forward to working with you again the the future!
5.0

It was wonderful. Clean, never a mess. Done on time. It was in my budget . Very trustworthy and honest.

Description of Work
They remodel my bathroom also a kitchen in another property in 2016.

Thank you Mrs. [Member Name Removed] for these kind words! Glad you are enjoying the spaces we have worked on for you, and glad we met your expectations!
5.0

trustworthy, nice and everything they said they will do they did it.

Thank you for these kind words! So glad you had a great experience!

The Wolf Pressure Washing and painting We offer the services of pressure washing and soft washing. We do windows, driveways,roofs, fences, decks and gutter cleaning. we also do stain, exterior and interior painting!!  …