We specialize in long-distance moving services! We guarantee your satisfaction, and we won’t leave until the job is done right. We pride ourselves on the quality work we provide, while delivering great customer service! Check out all the services we offer below and call -or- click to schedule a free estimate today!...

Awful, one of the worst experiences of my life. Avoid this company and their unethical/scamming business practices. This is the first moving company we ever ATTEMPTED to hire and may be our last. We hired them for a same state move 2 months prior to our move. After screwing up so bad we had to rent a uhaul and move by ourselves in less than 24 hours. I want everyone to know what to expect if you hire them. The beginning: Chris was my salesman and was a very convincing nice guy who made empty promises and did a horrible job at explaining how they do business. He had me walk through my house and detail only what UNBOXABLE items in the house will be moved. He produced a very attractive quote which included 2 workers for 10 hours and I accepted it like a fool. Did not hear from him after that except for my few attempts to call him with issues or questions which he pushed off to "customer service". No follow up call was performed by someone at this company to check on items added or removed from quote and inform me of the next steps. Cancelation window with this company closes 10 days prior to move so the no contact seemed intentional now... The day before move I get a call from a Evelyn I believe it was. She informs me that the movers will be there between 12-1 the next day and I am required to pay the drivers, but they only accept cash, usps postal orders, wire, or zelle. (Deposit made by credit card but not accepted for the move) . All these forms of payment are very hard or impossible to trace or get back. She informs me that I owe them a very specific to the dollar amount.ref name Day of move I get a call from a MD gentleman saying he is just now leaving to head to my house and will be there between 3-4 (supposed to be 12-1). Weirdly he asks if my house is single story, which it is not. About 4/430 a Ryder rental truck pulls up to my house and three guys jump out of the truck, none of which are wearing anything to do with the hired company. They did a walk through of the house to see what the move would entail. After the initial walk through the main mover tells me they severely under quoted you and I will owe you quite a bit more but we won?t know the exact number until after and proceeds to ask ?how much extra cash do you have on hand?? I don?t carry cash and had the exact amount of money requested by the lady that had called me. He also informed me that they have a surcharge of $75 for each stairwell. When I question why this is the case he shows me the quote that he was given? it was differently than the one I signed with the company. In this same conversation he hands me a blank bill of lading and some other document and says ?sign here, here, and here? to which I say ?h*** no I?m not signing any blank documents?. Shortly after this he gets up irritated by my questions and says this is a waste of time I?m leaving and hops in the truck and drives away. I call customer service and an Elizabeth says something along the lines of ?we charge hourly get over it and pay up?. To which I responded with some colorful language and hung up. Shortly after he leaves I get a call from a guy named Charles claiming to be an owner or manager apologizing and telling me that they want to get this done for us. He promises that the men from earlier will be returning to complete the move and he tells me the price of the move will only be a little more. 2 hours later he calls again and says the 3 guys will not be returning because they are angry? probably because I didn?t just do whatever they wanted? charles promised he will send a new group the next day already informed of what is to be done and the price. By this time we are so angry and over this shady move and truly believe everything about it was a scam that we canceled and got it done with our amazing families help. Hope this review keeps someone away from this horrid experience.

They did a good job. They were easy to schedule. They took care of us quickly and efficiently.

Description of Work
They move us from New Jersey to South Carolina.

The quality of work was excellent. I didn't have to wait and everything was fine.

Description of Work
They help me move to a medical appointment.

We moved from Baltimore, MD to Florida. I appreciated the constant communication. I even received a call on the weekend, when I had a question. I found the company to be responsive and the movers were very gentle with our furniture and boxes. The price was reasonable, only increased slightly because I had forgotten to add a very large painting and the workers had to put it in a box. Overall, I've read of horror stories and was apprehensive, but I didn't need to be concerned.

Description of Work
Moving across state

Description of Work
They moved all our stuff for me.

It went great and smoothly! The gentleman were professional and courteous and respectful. Moving can be stressful and they really made the experience stress free. We would definitely recommend them to anyone moving. 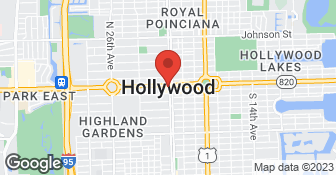 How is 24/7 Logistic Services overall rated?

What days are 24/7 Logistic Services open?

No, 24/7 Logistic Services does not offer eco-friendly accreditations.

Are warranties offered by 24/7 Logistic Services?

What services does 24/7 Logistic Services offer?

24/7 Logistic Services offers the following services: Long-distance moving services are our specialty! -- Don't see your need on our list of services? Give us a call to further discuss your needs! We strive to always remain a reliable long-distance moving company day in and day out. Our amazing support and customer service will make you feel at ease every step of the way.

Are there any services 24/7 Logistic Services does not offer?