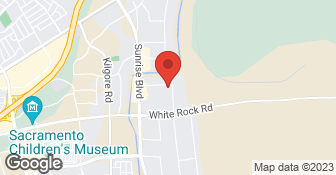 They had some scheduling issues, no one available to do the work. But Kimberley was very nice

Wish I could give 0 Stars! In the late summer of 2015 I had J R Putman replace my air handler and coil on my home HVAC system. They measured the system and inspected the ducts and checked everything prior to install and again after. The system worked fine in cooling mode, it's a heat pump system. When it got cold and we switched it to heating mode, the condenser would shut down after running for a short period of time. We called J R Putman back out and they said that the condenser was shutting down on a high pressure safety shut off. The technician recommended replacing the board on the system. A couple days, and a couple hundred dollars later, the repairs were complete and the system continued to shut down in the same manner. We attempted several more parts replacements for several hundreds of dollars more and several weeks, all to no avail or change in the issue. At this time I was so frustrated that I demanded J R Putman honor their satisfaction guarantee and remove their equipment from my house and give me a full refund. They refused and insisted that I needed to replace my 5 year old condenser. After arguing with them for a month, all while heating my house, in December, with the emergency heat mode (about $1000 in electric bill), I finally submitted to their demands. They did take the cost of the replacement parts that I had already paid for, off the cost of the new condenser. By mid January of 2016, they replaced the condenser, after I payed over $5,000, and nothing changed. They new condenser would shut down on a high pressure shut off after a short period of time. J R Putman eventually sent their service manager out to examine the system and ultimately determined that they had sized the system wrong from the very start and created a static issue due to an undersized "mixing box." A $15 cardboard box was the solution to a problem that J R Putman created that ultimately cost me $6,000-$7,000. Now, slightly less than 5 years later the TXV valve on the condenser they installed, has failed and needs to be replaced. The condenser is a Train unit that is known for TXV valves going bad and probably the reason why J R Putman no longer uses Train and switched to Lennox. I contacted J R Putman about warrantying the issue. They said the part is covered under the manufacturer's warranty but because the labor warranty just expired and I didn't maintain a service contract with them, they would not cover the labor for the repair. They quoted me $1200 for the labor on the repair of a condenser they forced me to purchase because of a mistake they made, because I didn't allow them to continue to rip me off by paying them for a service contract! Unbelievable.

some complications but they were resolved.

With only one exception, JR Putman staff have always been courteous, responsive, and consummate professionals with every interaction. We appreciate their service so much that we enrolled in their maintenance club. For a low monthly payment, they perform regular maintenance on various systems in your home at periodic intervals. They call to remind the customer it's time for maintenance and they work around the customer's schedule. Great service!

Description of Work
The first project was duct cleaning. The second project was Heating and Air maintenance and repair.

We didn’t hire them because they quoted $700 for both jobs. We got another plumber to do it for $200.

Hi [Member Name Removed]! We appreciate you taking the time to leave us your feedback! We are sorry to hear that you were unhappy with our pricing. There are many factors that go into determining our prices such as the guarantees we put behind our work. We are happy to see that you rated as with an "A" for Responsiveness, Punctuality, & Professionalism! If you have any further questions or concerns feel free to give us a call at (916)-638-2442 where a member of our management team would be happy to speak with you!
5.0

The work was great, very efficient, fast and really good

Description of Work
Replaced a heat pump for me

Hi [Member Name Removed]! We are happy to hear that you had a great experience with us! We hope that you are enjoying your new HVAC system and look forward to working with you in the future to maintain the system! Thank you for taking the time to leave us a review and have a great day [Member Name Removed]!
3.0

It's time to replace my >20 year old HVAC system & contacted the company for a quote. The sales representative did a walk-through & gave me 3 options ranging from $13k-$20k. She also stated that manufacturer & SMUD rebates are available. I decided to go with the mid-range option. 3 technicians showed up on the day of installation. They were punctual, courteous & professional. They cleaned up after themselves & the overall installation process was excellent. So, why the low grade? It has to do with poor customer communication: waited for 2 months after the install for rebate checks to come---nothing. Called the company to inquire about the status & was told to wait for 4 more weeks. Now, it's 4 months since the install, still nothing. Called JR Putman again twice to check on the status, the receptionist said the install dept. was in a meeting & will call me back. So I waited 2 days----no call back. The second time I called, the receptionist said the person who handles the rebates is out of the office & will call me back the next day. Nobody call me back. This is extremely frustrating when you can't even get a straight answer.

Good! I'm really happy with them, they're professional and friendly.

Description of Work
They do annual maintenance. They come and clean our air conditioner.

Hello [Member Name Removed], We are happy to hear that you had a great visit with us! Thank you for taking the time to leave us a review!
2.0

I had previously used JR Putnam several times, was satisfied but noted their service was slipping. Diagnostic: fan inoperable The quote was very high UNLESS I joined their annual fee club ( I recall about $90) which would cut the cost by hundreds of dollars (but have a sunk cost to them). I checked the internet for similar costs and they were considerably lower for the parts and labor. Turns out to be correct. Another professional fixed the problem for ABOUT 1/3 THE COST of JR Putnam's "Club Bid". The initial diagnostic call was supposed to be $99 but I was charged $183.95 (because I didn't accept the very high repair bid?). I called JR Putnam's office. After much hassle, I had to dispute with my credit card company to credit the difference. Bottom Line: They seem to build your confidence then stick it to you.

Description of Work
Heater did not function

Hello [Member Name Removed], We are sorry to hear that you did not have a positive experience with us. We did, however, want to clear up the pricing concern mentioned in your review. The $193.95 was a sum total of one year of prepaid membership in our Service Club as well as the Diagnostic fee from your visit. As for your refund, the representative you spoke with about the matter followed all of our company policies and submitted a refund request for your year of prepaid membership in a prompt manner. You called back in a few days later to check on the refund and we had processed it on our end and were just waiting for the financial institutions in question to allocate the funds appropriately. You did not find this satisfactory and simply contested the charge rather than wait. We understand if you did not find our company's value appropriate for the price that we quoted you but we do not believe we were "sticking it to you" in this case. If you would like to talk more about this matter feel free to call us at (916)-638-2442 where a member of our management team would be happy to speak with you.

How is JR Putman Plumbing, Heating and Air overall rated?

JR Putman Plumbing, Heating and Air is currently rated 4.6 overall out of 5.

What days are JR Putman Plumbing, Heating and Air open?

No, JR Putman Plumbing, Heating and Air does not offer a senior discount.

Are warranties offered by JR Putman Plumbing, Heating and Air?

No, JR Putman Plumbing, Heating and Air does not offer warranties.

What services does JR Putman Plumbing, Heating and Air offer?

Are there any services JR Putman Plumbing, Heating and Air does not offer?