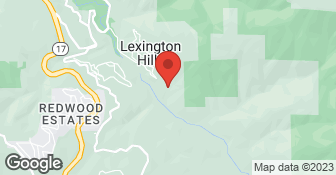 Design Build Deliver Are you planning to build or remodel your home? If so, DGP Innovations is the right choice for you. Since 2000, we have been offering professional services to customers in Los Gatos, Willow Glen, Campbell, Santa Cruz, San Francisco, Mill Valley, Tiburon and the surrounding bay area. Whether it is a new home, addition or second story addition, you can count on our team for exceptional services. At DGP Innovations, we make use of the latest technology to get all your project done efficiently and within the stipulated time. With over 18 years of experience in the industry, we have been providing complete new and remodel framing, kitchen & bath remodeling, water damage repairs, foundation construction and other related services. South Bay (408) 529-3466 North Bay (415) 599-5338 SoCal (805) 318-5979...

things went GREAT!! Would for sure hire again!!! Very much appreciated. :)

Dean was nice at first to get the business and during the initial excavation for the foundation. However, when I found out that he's hand drawn plans to get permitted failed twice, and his failure to take action, things turned for the worst. He delayed and delayed progress until I had to step in and hire outside consultants and paid the permit fee myself. He kept on blaming it on the pandemic, but it comes to a point where theres no one to blame but yourself. He demanded additional fees because the "new" plans were not what he quoted on. I had agreed to pay him the variance once I knew that he is building to the new plans. Not only did he failed inspection twice, the consultant and the city inspector said that he wasn't building to plans nor city code. He became quite hostile and demanded me to pay him for this effort, even tho he made minimal effort to build to the plans and lied to me about the progress in order to get excelled payment. I told him that he owes me for the architect fee and the permit fee which was originally included in the contract. He refused to pay me. I had made great effort to work with him and even told him that i would just take the credit at the end of the project. But now that the relationship ended, I felt that I needed the credit back immediately since I already paid him for that. He refused. I have since hired another contractor and they advise me that I paid way over what the work performed. I would NOT work with Dean ever again and suggest others don't do the same either. He was hostile and unpleasant to work with. I have attach sample of the plan he hand drew and the form board for foundation (both of which were not to code)

Description of Work
Build out an 400 Sq Ft ADU

Exceptional! They showed up on time. very professional, courteous, and finished the job on time and under the budget.

Description of Work
They did exterior painting for my house.

Work went extremely well and under budget. Dean did an excellent job and I will be definitely using his services again in the future

How is DGP Innovations overall rated?

DGP Innovations is currently rated 4.2 overall out of 5.

What days are DGP Innovations open?

No, DGP Innovations does not offer eco-friendly accreditations.

Are warranties offered by DGP Innovations?