Window film has its benefits, but it does not completely protect your windows, especially when stormy weather is in the forecast. If you live in an area prone to hurricanes, you will need more than a protective coating on your windows to weather the storm. Let’s take a look at what window film does and doesn’t do to protect your home.

What Is Window Film?

Window film is a polyester film created from several layers of polyethylene teraphthalate (PET). It comes in peel-and-stick form for application on the interior of windows and glass doors. Though it’s rather easy to apply, it has to be done correctly for the film to do its job. Be sure to read all instructions when applying window film in your own home.

What Window Film Can Do for Your Home

Window film has several benefits, depending on the type of window film you purchase. It can:

Installing window film is a relatively simple DIY project, but you must do it carefully and according to all manufacturer’s directions. If it is installed incorrectly and causes damage to the window and doors, you could void any warranties you have for them. 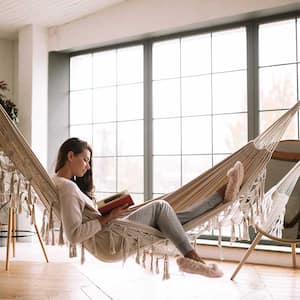 Everything You Need to Know About Solar Window Film

What Window Film Can’t Do for Your Home

What window film can’t do is prevent your windows from breaking in the first place during a hurricane or other extreme weather conditions. Closed shutters are more effective at doing that, and shatterproof windows do an even better job. Count on window film to keep a broken pane of glass somewhat together so that you don’t have shards strewn about after impact.

Some window films have been billed as “hurricane window film,” which is a rather dangerous marketing ploy. Yes, film on a window is better than nothing at all, but it will not stop your windows from breaking in the first place, especially when strong storms and winds are approaching.

In Florida, a state that is no stranger to devastating hurricanes and tropical storms, it is unlawful for any manufacturer to market window film as hurricane or windstorm resistant. When a storm has the ability to blow the roof off of a home, it seems rather silly to expect that a thin film will provide any assurance against property damage.

Consider Something Stronger Than Window Film For Hurricane Protection

For better protection against hurricanes, You’ll need to purchase and install shatterproof windows and/or shutters. Of course, the aftermath of Category 5 hurricanes has proven that even the strongest protection is nothing in the face of Mother Nature—and that means window film doesn’t stand a chance. If you live in an area that sees its fair share of action during hurricane season, you should contact your home insurance provider to determine the best course of action to protect your home.

Keep in mind that window film is useful in certain instances. If you live in a climate with extreme heat or cold, for example, applying it to your windows can likely help conserve energy, which saves you money.

If you live by a baseball field or a golf course, window film can prevent a mess of glass should an errant ball find your property. But it won’t prevent your windows from breaking in the first place. 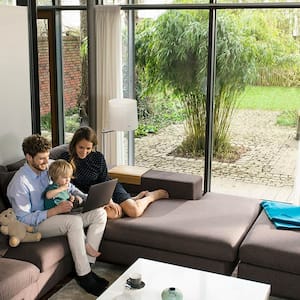 Does Installing Window Film Cause the Window Seal to Fail?

Can a window film seal your window's fate?