What Are You Drinking? How to Protect Water Quality at Home 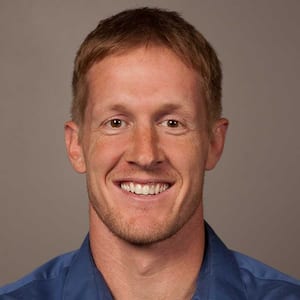 The water supply in the U.S. remains relatively safe, but concerns over quality still make headlines. Learn how to protect your water quality at home.

When he purchased his Catawba, North Carolina, home in May 2013, John Latz quickly determined that the well water consumed by the old farmhouse’s prior occupants wasn’t fit for his horses to drink.

“It was a horse farm where the previous owners started dumping manure near the well, and so the well had become contaminated with coliform bacteria,” he says. Though not likely to cause disease on its own, the bacteria serves as a red flag indicating that other disease-causing organisms, or pathogens, may be present.

Fortunately for Latz, the city had annexed the property in recent years, linking it to municipal water. He hired highly rated 3rd Rock Plumbing in Hickory, North Carolina, to pipe city water into his new home, in addition to doing other minor plumbing work like repairing a leaking toilet, for $675.

“When we found out the well was contaminated — which fed the drinking water in the house — we thought, ‘We can’t have that,’” Latz says. Today, he and his wife drink city water, as do their three horses. The couple uses water from the well, which 3rd Rock treated, to irrigate their property, for showers and for flushing toilets.

The relative safety of your water

By historical standards — and compared with developing countries — the water supply in the U.S., as elsewhere in the Western world, remains relatively safe, both for people drawing from private wells regularly tested by state certified labs and consumers who drink municipal water.

Still, concerns over drinking water safety continue to make headlines across the country. Problems range from widespread lead contamination in Washington, D.C., that risks health issues such as developmental problems in children, to a toxic spill in January that contaminated drinking water in Charleston, West Virginia. That led residents to switch to bottled water — and keep drinking it for months afterward.

“We’ve got a lot of chemicals and a lot of contaminants in our drinking water that are known carcinogens and that are also associated with other health problems,” says Alex Formuzis, spokesman for the nonprofit Environmental Working Group, a research and advocacy organization.

Responses similarly span coast to coast. In April, the California Department of Public Health became the first in the country to adopt a water standard that limits the known cancer-causing chemical hexavalent chromium, or chromium-6, though critics say it doesn’t go far enough.

Chromium-6 found its most famous adversary in consumer advocate Erin Brockovich, and has been detected in samples taken from most of the largest U.S. cities’ water supplies. In New York, public officials have pledged to clean up Long Island’s polluted water amid research that found high levels of nitrogen in ground and surface water, which affect everything from wetlands to drinking water.

Some criticize municipalities and the U.S. Environmental Protection Agency for not doing more to protect drinking water and make it as safe as possible for human consumption. “My opinion is the standards aren’t strong enough,” says Andrew John Wilson, president of highly rated Angel Water, a licensed plumbing company based in Barrington, Illinois, that specializes in water treatment.

But while cautioning against being alarmist — with contaminants typically found in trace amounts in water samples — experts say consumers can take steps in their homes to further protect the quality of the water pouring from the faucet. That’s true whether it’s treated and piped in by a utility or taken from an aquifer deep underground.

What you can do at home

Recommendations start with having samples of well water — a drinking source for approximately 15 percent, or more than 1 and 7 Americans, according to the EPA — tested every year or two by a state certified environmental testing lab. “It’s Mother Nature. She changes every day,” Wilson says. “That’s why the EPA, the Department of Health [local and state], they all recommend regular testing.”

Consider also testing for specific contaminants if you have concerns about drinking water supplied by a utility. “We don’t do the test, because the EPA says don’t trust the company that does both,” Wilson says. He advises similarly: Go to an independent lab, rather than relying on the same company to test your water that could also provide a fix should a problem arise, such as treating the well or adding a filtration system — a conflict of interest that could slant testing results.

A test for well water, such as to check for contaminants like coliform, runs about $300, Wilson says.

If you drink municipal water, you should receive an annual water quality report by July 1 of each year. This details where your water comes from and what’s in it, as required by the EPA, including any violations that indicate the presence of contaminants at levels higher than EPA-set maximums. Haven’t received it? “I would urge consumers to be in contact with their local water utilities every year and ask for the most recent water quality report,” Formuzis says. He suggests reviewing the information carefully.

Armed with that knowledge, you can take the next step in your kitchen.

“Filtering your water is always a good idea, no matter where you live in this country,” Formuzis says. “Contaminants are in tap water, even after they’ve gone through filtration and treatment through the local utility, so there’s an extra line of defense.”

Read more: How to keep your drinking water safe

“They’re going to be like microwaves — in every home,” Wilson says.

He bases that on an expectation that the increase in waste resulting from population growth in the U.S. will contribute to increased water contamination, and that advances in technology will allow experts to draw stronger conclusions on how such contaminants affect health, such as causing cancer. “The pesticides and herbicides we once thought were safe are no longer [considered] safe,” Wilson says. Similarly, he thinks future discoveries about contaminants will drive more people to filter their water at home. Costs to filter range drastically, depending on your method. Filters that go in the refrigerator can start at around $20, while reverse osmosis systems for the whole home can retail for $1,500 or more.

For her part, Mary Miller, founder of highly rated Fredericktowne Labs in Myersville, Maryland, seems less convinced of the need for filtration systems in every home. The state certified environmental testing laboratory routinely tests samples of water for homeowners. Most are on well, though some are municipal customers, too, looking to test for contaminants like lead. She also does work for commercial entities, municipal water treatment and wastewater treatment plants. Costs range from $24 to test for lead, $100 to test for trihalomethanes and $220 for haloacetic acids — disinfection byproducts that have chlorine in them.

The EPA deems THMs and HAAs safe for consumption at low levels. But some people who consume THMs at levels above the EPA-set maximum, over many years could experience liver, kidney or central nervous system problems and increased risk of cancer. Similarly, those who consume HAAs over many years at higher than allowed levels may face an increased cancer risk, the agency says.

Miller steadfastly defends municipal water, despite spot issues. That includes “astronomical” rates of lead — 10 to 20 times EPA-mandated limits — her lab found at a local school system. “The fact that levels were that high at a public school system to me were a concern. I’m not saying it did anybody any damage, but, yes, it was addressed and it was fixed,” she says. She declined to name the school system.

The EPA on the safety of drinking water

The EPA echoes that sentiment in a statement officials provided to Angie’s List: “Today, more than 290 million Americans depend on 50,000 public water systems across the country for safe, reliable water. EPA has set standards for more than 90 contaminants and 93 percent of the population supplied by public water systems receives drinking water that met all health-based standards all of the time.”

The agency does, however, note that some people may want to take extra precautions with their water and that, in particular, people with compromised immune systems weakened by AIDS, chemotherapy or transplant medications, are more vulnerable to microbial contaminants in drinking water. Such contaminants include a microscopic parasite that lives in the intestines of humans and animals called cryptosporidium. The parasite can sicken even healthy individuals. “For people with weakened immune systems, it can cause severe illness and even death,” the EPA says on its website.

The agency says those wishing to take extra precautions to avoid waterborne cryptosporidium can boil their water for a minute — the most effective means to kill the parasite — or alternatively install “point-of-use” filters or in-home water filters, or drink bottled water. The agency provides information on treating water at home on its website.

The danger inside old pipes

“Depending on the plumbing line [water] goes through, it can acquire lead which is a serious problem,” Miller says. “Lead is very bad, particularly for young children. It can interfere with their ability to learn. It could cause organ damage.”

Experts recommend homeowners test if concerned about lead contamination and replace lead pipes. “There’s no safe level of lead in our opinion and that of many others. Lead is highly toxic to the nervous system,” says Formuzis of the Environmental Working Group.

Lead doesn’t make water look or taste any differently. But you may get a whiff of other potential dangers, like high levels of manganese. Though naturally occurring, research shows heavy doses of this mineral can undermine intellectual functioning in children. “Manganese is actually toxic [at high levels],” Miller says. She adds that it imparts a foul odor and taste.

She insists that homeowners should not ignore their gut when they have concerns. That’s true whether it’s old lead pipes bringing in city water to suspicions of contaminated well water. Follow up to remediate problems. “Even if it doesn’t make you sick, that doesn’t mean it can’t make someone else sick,” Miller says.