What Is the Difference between LED and Incandescent Lights?

Incandescent lights and LED lights are popular choices for household lighting, but each one has key features that can make all the difference in your home

What’s the Difference Between LED Light Bulbs vs. Incandescent?

Whether it’s the bathroom vanity or your front door, lighting is an important component of your home. It enhances safety, lights the way, and enables you to read in the dark when you can’t sleep. But is LED or incandescent lighting right for your home? Here’s a look at the key differences between the two.

Incandescent bulbs have been around for over 100 years. They’re the bulbs you likely grew up with, and their familiar warmth often gives them a distinct appearance to match that nostalgia. Though the wattage of your incandescent bulb might have changed over the years, not much else has been done to enhance the functionality of this classic light.

Unlike incandescent bulbs, light-emitting diodes (LEDs) are another popular household bulb, but they use a chip surrounded by epoxy resin to emit light. Originally disliked for their “colder” tone, LED bulbs have come a long way in terms of color and are now phasing out the traditional incandescent light bulb.

What Is the Difference in Cost Between LED and Incandescent Lights?

LED lights are 75% more energy-efficient than incandescent lights, but knowing how much you’re going to spend on one versus the other can be a little tricky. You’ll spend around $5 to $10 on a single LED bulb and only $1 to $2 on a single incandescent bulb. However, these upfront costs are deceptive.

In other words, though LED bulbs are approximately twice as expensive as their incandescent competitors, you end up paying three times as much on energy for the same amount of watts when you choose an incandescent bulb. 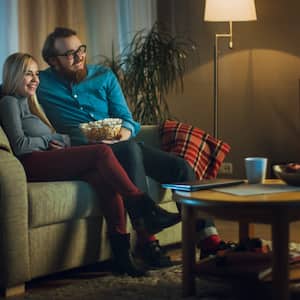 Which Lighting Is Better? Soft White vs. Daylight Light Bulbs

What Are the Advantages and Disadvantages of LED and Incandescent Lights?

As with anything that comes in a variety, you’re probably wondering: What are the pros and cons to LED and incandescent lights? Let’s shine a light on the key differences.

It’s time for the downsides. Incandescent lights are being phased out for many reasons. For one, this traditional light bulb uses a ton of electricity to cast that nostalgic light. This light emission means you’re paying more to power your home. What’s worse is that only 2% of the energy used in an incandescent light is visible. The other 98% is discarded heat.

Incandescent lights are also more fragile, burn out faster, and need to be replaced more often than their LED competitors.

On the other hand, LED lights save on energy, have a long lifespan, contain no mercury, and are made from stronger materials than incandescent light bulbs. You can save money, conserve energy, and avoid injuries by opting for LED lights.

The only disadvantage of an LED light is its upfront cost.

Incandescent vs. LED Lights: Which Is Best?

With all of the advantages and disadvantages in mind, which of these light bulbs is best? You guessed it: LED bulbs.

Not only are LED lights more energy-efficient, safer to handle and dispose of, and free of mercury and other toxic chemicals, but you can also save money in the long run by opting for LED bulbs. Though they might have a higher upfront cost, they last much longer than incandescent bulbs.

To compare the two, LED bulbs last around 50,000 hours, which is 50 times longer than your average incandescent bulb and 8 to 10 times as long as a compact fluorescent light (CFL), which is another type of bulb that we’ll take a look at in the section below.

Let’s put these numbers into perspective: An LED light that is left on 24/7 will last for an estimated 5.7 years!

LED vs. Incandescent vs. CFL Lights: Other Household Lighting Options

While we’ve focused on the differences between LED and incandescent lights, there is a third option for household lighting and more known as compact fluorescent (CFL) lights. Like LEDs, CFL light bulbs are more energy-efficient than their incandescent competitors. CFL lights work by using electricity to generate ultraviolet light, which in turn causes the fluorescent coating to emit visible light.

Lights that flicker and start out dim only to brighten up tend to be CFLs. Though it might take a moment for the electricity to brighten a CFL bulb, once it has, you’ll find that CFL bulbs use approximately 70% less energy compared to incandescent bulbs. The downside is that CFL bulbs burn out faster than LEDs and aren’t as energy-efficient. Keep this in mind as you decide on the best light bulbs for your home.

How to Switch to More Cost-Effective Light Bulbs

If you’ve decided to upgrade your old light bulbs and switch to LEDs, the first thing you’ll want to do is discard any unwanted incandescent lights by safely recycling hazardous materials. Due to the mercury and other toxic chemicals inside incandescent and CFL bulbs, you should never throw old bulbs into the trash. Simply take them to your local center for hazardous waste.

Once that’s done, it’s time to choose an energy-efficient bulb. Decoding the energy efficiency of watts and lumens can feel like you’re trying to solve a complex math problem.

Here’s how you can determine if a bulb is energy efficient:

Light up Your Life

Incandescent lights have been around for over 100 years, and it wasn’t until the last few decades that LED lights became a popular alternative to incandescent bulbs. Today, however, LED lights are by far a more efficient and cost-saving choice.

If you’re starting on a lighting installation project or planning on installing year-round Christmas lights, then it might be worth making the switch to LED lights.

Keep in mind that if you’re hoping to install recessed lighting in your living space, you might want to consider hiring a local lighting professional. 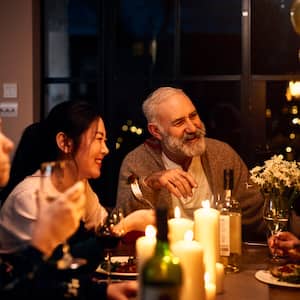 How many decisions does it take to change a light bulb?