Blow yourself away with your DIY skills

From covered patios to living rooms, fans keep you cool in the hottest of months. Plus, installing a new fan is a stylish and functional update to any room. If you plan to DIY ceiling fan installation, follow the steps below for a seamless experience. 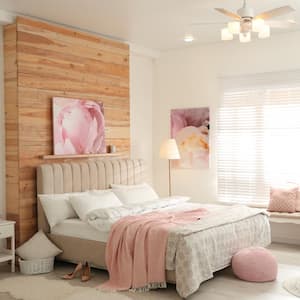 Does Using a Ceiling Fan Actually Help Save on Energy Costs?

Crank the fan for energy savings, but you'll need a subtle touch to conserve your money

Before moving forward with ceiling fan installation, it’s important to note that, for your safety, a professional electrician should handle the installation in a room where there is no pre-existing wiring or junction box.

Also, if you are new to DIY projects and don’t have any electrical experience, you also might consider letting a pro handle this task for you.

If you plan to hire a ceiling fan expert, then the labor cost of ceiling fan installation will be anywhere from $50 to $600.