Don't Be a Victim of Air Duct Cleaning Scams in Indianapolis

Find out whether air duct cleaning is worth it by following this advice from highly rated duct cleaners. Avoid scams and pricing that's too good to be true.

Homeowner Kristen Kotik says she didn’t expect to be socked with a massive bill after responding to a discount mail coupon advertising air duct cleaning for $49. But she says that’s exactly what poorly rated Indianapolis-based Indy Air Care did when they serviced her house, hiking the quote to $1,600.

“It was absolutely a dupe job,” says Kotik, who lives in nearby Carmel, Indiana. “The worker really pushed black mold and health concerns.”

Even after receiving a warning letter from the Indiana attorney general in June 2012 advising Indy Air Care against any further violations of the state’s Home Solicitation Sales and Deceptive Consumer Sales laws, the company has continued to receive customer complaints, AG documents show.

With 16 complaints on file when the AG issued the warning letter, Indy Air Care received five more in late 2012, 2013 and 2014 about failure to refund, unsatisfactory performance, misrepresentation of needed repairs and overcharging, according to the AG.

Kotik says she managed to convince the company to lower the rate to $900, but still felt victimized. “At this point, I don’t think they even did any work,” she says.

Kotik joined Angie’s List as a result of her experience last year and learned that Indy Air Care, based on the Far Eastside of Indianapolis, has a history of negative reviews dating back to 2007, with dozens of members alleging massive upcharging, bait-and-switch tactics, and false evaluations about mold in air ducts. Indy Air Care was named an Indianapolis Worst Contractor in 2012.

Don Christopher, who identified himself in July as someone who works in customer service for Indy Air Care, says the company has serviced a total of 36,000 customers since 2006 and the complaints to Angie’s List and the AG represent only a small fraction of their work.

He says in Kotik’s case, she availed herself of a deal that offered only to clean a certain number of vents, one main and one return. The upcharge represents costs for extra trunk lines, coil cleaning, blower motor housing and fungicides, he says.

“She signed for all these things before the job was done,” he says. “Why would they pay for something they didn’t want?”

Indiana AG Greg Zoeller cautions consumers to be wary when hiring air duct cleaning services. “If you are told additional repairs are needed, do not make a quick decision,” he says in a news release. “Obtain at least two more opinions. Doing your homework up front could save you from making an unneeded, costly repair.”

Is the price too good to be true?

Highly rated air duct cleaners in Indianapolis say their profession offers a vital service, but caution homeowners to question too-good-to-be-true pricing — because the fine print often leads to many extra services. A good duct cleaning job doesn’t just stick a vacuum over the vents; it takes several hours and thoroughly addresses all elements of an HVAC system.

Elmer James, owner of highly rated Air Cleaning Experts in Greenwood, Indiana, advises consumers to view low-cost coupons such as Indy Air Care’s with extreme skepticism. “Those guys that advertise for $49 should concern you,” he says. “The number is not going to clean your house. They’ll try to hit you at two grand for a 1,500-square-foot house. You get what you pay for.” He says his costs range from $325 for smaller houses to $700 for a very large house.

Related: Is Air Duct Cleaning Worth It?

When in doubt, check them out

As Indiana doesn’t license or regulate air duct cleaners, the responsibility falls to homeowners to verify a company’s reputation and skills. In addition to checking out a company’s reviews on Angie’s List, experts recommend seeking air duct cleaners trained or certified by an industry group, such as the National Air Duct Cleaners Association.

Chad Engle, field manager for highly rated Mite-E-Ducts in Zionsville, says equipment used by a company to clean air ducts offers an early clue about their skill. “If they show up with a Shop-Vac and a leaf blower, it’s not a good sign,” he says. His service takes four hours and uses a truck-mounted power vacuum to clean air ducts at a cost between $300 and $600.

James says he frequently hears about unscrupulous duct cleaners playing up health concerns about mold and even intimidating clients with fake tests. “They’ll put this iodine on a cotton swab, rub it against the copper and it changes color,” he says. “It makes it seem like there’s mold. “

How often should you clean your air ducts? Experts say you shouldn’t need a cleaning more than once every few years. The U.S. Environmental Protection Agency recommends that air ducts be cleaned only as needed. 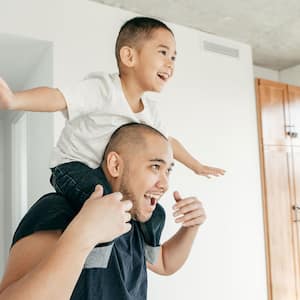 How Much Does It Cost to Clean Air Ducts?

The average cost of air duct cleaning is around $375