Inspire Your Culinary Space With These Creative Kitchen Window Ideas 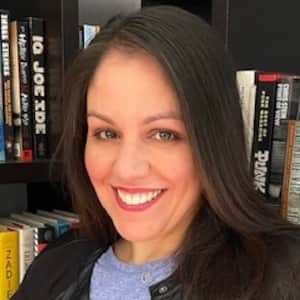 If windows are the eyes of the home and the kitchen is the heart of the home, then the kitchen window has its work cut out for itself. Whether the pane is small and boxy or it takes up an entire wall, there are countless ways to configure the source of natural light in your kitchen. Take a look at the following kitchen window designs and get inspired for your own space:

In many New York City kitchens, having a window is a “luxury,” according to Greg Epstein, AIA and founder of gne Architecture. To have two in this space would normally be a bonus, but there was a small issue: “We faced a challenge from the client, asking that we adhere to Vastu design principles and have the cooking face east,” Epstein says.

The designer conquered that challenge handily with a gorgeous custom stove range that provides the necessary utility while also creating a striking window design. Rather than add obtrusive cabinetry to the two narrow offset walls between the windows, Epstein installed floating shelves and mounted a flat-screen TV.

What’s the solution for when a layout offers (seemingly) miles of kitchen countertops and cabinets, but no window cutout? Install full-length glass doors to serve as both the window and the exit/entrance. With light-colored finishes to reflect the sunshine streaming in, there’s no lack of light in this kitchen designed by Paige Anderson, interior design architect at Nitido Design.

3. Make the Most of High Ceiling

A window above the sink is a traditional kitchen layout, but it does take up valuable wall space which can be better used for cabinet storage and appliances. The problem is solved in this kitchen created by Mariah Shaw of Mariah Shaw Design. Instead of a single boxy pane over the sink, long, narrow windows above the cabinets take advantage of high ceilings to let in tons of natural light.

Not all window frames are destined to be made of white vinyl or wood. Here, bold black frames transform two windows into design elements of their own. From this angle, one can better appreciate how the dark window frames accentuate the ribbon of black in the veined marble of the glossy countertop.

8 of the Best Countertop Materials for Any Home

5. Create an Inviting Nook in an Open-Concept Space

Open-concept floor plans are coveted for their flexibility, but there is the dilemma of how best to use the space. Pamela O’Brien of Pamela Hope Designs took on this challenge masterfully in a corner of the kitchen in this bright and airy Houston townhome. The white shades can be drawn up or down to control light and privacy of the floor-to-ceiling windows. The fireplace with the matching shelves and the white bookcase on the oven’s side wall create the perfect spot to enjoy a cup of coffee and the paper in the morning, according to O’Brien.

“Designing around these windows created a destination within the kitchen while keeping the style minimalist with a midcentury modern vibe,” the designer says. 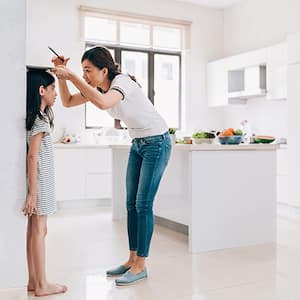 How Can I Determine if a Wall Is Load-Bearing?

Before tackling a remodeling project, there are a few ways to tell if the wall is load-bearing or not

6. Open Up to a Better Way of Entertaining

Party hosts are often stuck in the kitchen while their guests mix and mingle. This is especially problematic for outdoor gatherings, but these bifold windows from Hello Doors are a game-changer—the host can still prepare all the goodies indoors, but they’re still part of the action outdoors. Ben Nurse of Hello Doors says these windows “can be opened up and used as a sociable service hatch in the summer, negating the need for a separate outdoor kitchen area.”

When you’ve got a wall of exposed brick in your kitchen, it almost doesn’t matter what your window looks like—the space is bound to make a statement on its own. You don’t have to hire a bricklayer to create the kitchen of your dreams thanks to easy-to-install brick slips from The Brick Tile Company. These tiles can be added to a variety of surfaces both indoors and out—including fireplace facades—but it makes a splash as a kitchen backsplash here. The long and narrow window with shutters pops in bright white against the red brick, matching the smooth countertops and kitchen sink.

8. Keep It Simple With Window Treatments

Sometimes simple is best when it comes to window treatments for a kitchen. In this anything but ordinary all-white kitchen, Lesli DeVito of My Old Country House skipped a valance or shade for her kitchen sink window. Instead, she added a border that matches the sink drawer without the hardware. The aqua-and-white pendant light is a bright accent against the window grid. The glass faces of the cabinetry almost make it seem like the window is bigger, though the cabinet doors give you a glimpse of colorful dishware rather than the outdoors.

9. Create a Neutral Palette Throughout the Space

Neutral colors aren’t always meant to pop, but they do just that in this spectacular kitchen design, also by Mariah Shaw of Mariah Shaw Design. It starts with white cabinetry in the kitchen, but bold black and a golden beige add dimension throughout the open-concept floor plan. The lustrous black window and door frames go beautifully with the stools, the stone surface of the island, and the tops of the brass pendant lights—not to mention the pillows and throw blanket. The checked beige roll-up shades coordinate with the sectional sofa and ottoman in the corner seating area.