8 Beautiful Types of Ceilings That Will Amp Up Any Room 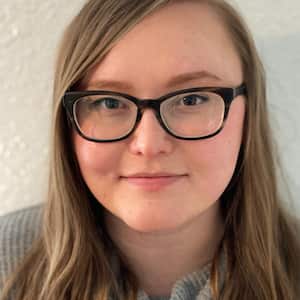 Give your ceiling some star power

Ceilings are an often-overlooked aspect of home design, but they’re extremely powerful. There are several different ceiling types to choose from—each with enormous influence on your home’s look and feel.

Some ceiling types are ideal for large homes, while others do well in small spaces. Either way, consult a local ceiling expert for guidance—as installing your ceiling incorrectly could damage the structural integrity of your home—to find which ceiling is best for your space.

Well-suited for large homes, vaulted ceilings make every room feel grand. On the downside, all that open vertical space can lead to increased heating and cooling costs—after all, heat rises.

A shed ceiling is a type of vaulted ceiling consisting of a single slope that sweeps across an entire room or home. They typically rise upward sharply from a low point to create a modern look. The upper portion of the shed ceiling often contains extra windows or skylights to let natural light in.

This type of ceiling is popular in long hallways and cellars and is often finished in stone, brick, or wood. 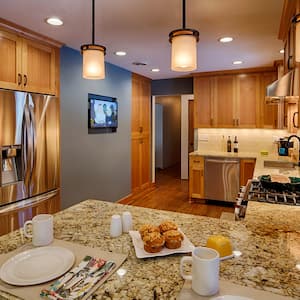 Light up the rooms of your home with help from above.

As its name suggests, a tray ceiling looks like, well, a tray. Tray ceilings are multi-level ceilings with a central section raised above its perimeter, which is usually tall and flat. They give a room depth and encourage dynamic design by opening up small rooms, giving an illusion of height.Tray ceilings look fancy and architecturally interesting, but they’re relatively inexpensive compared to other types of vaulted ceilings.

When you imagine a drop ceiling, commonly referred to as a suspended ceiling, you probably picture a drab office building with low, flimsy tiles that hide dusty ductwork. And while drop ceilings did get their start in office buildings, they now come in a wide range of materials and styles that look amazing in all types of buildings, including homes.

Drop ceilings hang from a metal grid below the actual ceiling and cover up ductwork as well as mechanical, electrical, plumbing, and sprinkler systems. Kits are available at home improvement stores, making DIY drop ceiling installation possible for many homeowners.

Originally popular in ancient Greece, coffered ceilings are now often found in large homes, churches, libraries, and hotels. They exude elegance with a grid of inverted panels that often include crown molding trim to create a three-dimensional look. This ceiling type instantly adds interest and texture to a space.Coffered ceilings require expert carpentry and professional installation, which makes them more expensive than most other ceiling options. That said, coffered ceilings are attractive to prospective buyers and can increase your home’s value.

How a Coffered Ceiling Can Upgrade Any Room’s Style

Also known as sunken ceilings, coffered ceilings are three-dimensional ceilings, often in square or grid patterns, that can add interest and texture

Conventional ceilings are the simplest ceiling type, and the one you’re probably most familiar with. Builders typically finish conventional ceilings with drywall to create a flat, seamless surface that doesn’t look any different from a room’s walls.

If your dream home is an elegant but cozy cabin, beamed ceilings are for you. They’re not only functional, but they’re oh-so-charming and allow you to incorporate nature and warmth into your space.

In this type of ceiling, beams are exposed rather than covered. They’re typically made from wood (especially beautiful hardwoods or Douglas fir), which gives your home a rustic and natural look.

If load-bearing beams are not required in your home, you can still achieve this exposed beam look by installing aesthetic plywood beams instead of functional ones. 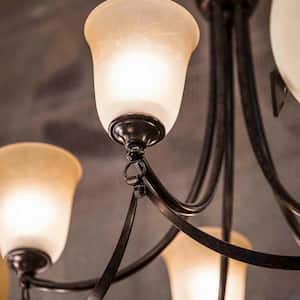 Installing a ceiling medallion is an easy way to add some instant pizzazz to your home interior.