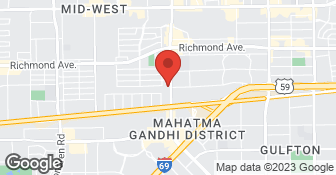 Xtreme Keys 4 Cars Locksmith Houston provides a complete solution for your locksmithing needs for auto, home & office. The techs at Xtreme Keys 4 Cars Houston's Locksmith we are licensed & insured. Keys 4 Cars is a Family Owned and a trusted local locksmith shop serving the greater Houston area and surrounding communities. We provide 24 hour automotive locksmith, Residential & Commercial Locksmith services for all of the Houston area every day of the year. Our fleet of vehicles are always equipped with the most advanced equipment and computers which allows us to offer you a solution to your automotive specializing in hard to Program Keys... As well as home and office lock and key locksmith needs on the spot at the most competitive and fair rates around. We are highly rated and come recommended, we encourage you to look us up! We offer a wide range of auto locksmith services such as: Opening locked car doors, replacing lost car keys, extracting broken keys, remote programming, car ignition fixes, motorcycles and much more. We provide free estimates over the phone, guarantee that our prices are most competitive in the Huston metro area, fast arrival and fair service real pricing no Bait-and-switch real locksmith service! We offer emergency assistance, Whenever you are stuck or your car is having trouble with the keys or locks, in Huston look to no other company than Keys 4 Cars you will never be disappointed....

Absolutely the WORST customer service. The man came out to give me a new key fob as I lost mine. I later found my old one and had my husbands copy and they no longer worked. He never told me this would be an issue so I called and asked him about it and he said to call the next day. I did and he was extremely hostile from the beginning of the conversation. Told me it would be $129 to reset the old keys. I asked him why, he hadn't told me that prior. Then he began lecturing me on losing my keys. When I responded that his behavior wasn't necessary, that It was fine and I just needed my keys done he went off on a long rant calling me stupid and Saying he didn't want my money. I said ok but he continues ranting until I basically have to hang up on him. Also, he charged me $229 when his site says $180. Then an additional $129 to come out and reprogram the keys. Thankfully I found an honest locksmith who is fixing this for $75 Also, he’s listed as a C on the better business bureau

Sam was the only one of three locksmiths we called who would make the drive over on a Sunday to fix our stuck ignition. He arrived when he said he would, identified the problem, and gave us a quote for the repair that was way more reasonable than what I had received from another locksmith over the phone. The work was done on site and finished in about the time he had estimated it would take. Everything was done professionally and the repair was guaranteed for life. Couldn't ask for much more than that.

I needed to get a second smart key programmed for my 2013 Avalon. I purchased the key from an online vendor. It was a refurbished Toyota OEM key so I knew it would work. Three other locksmiths failed and I was prepared for yet one more. But, Sam Ohay not only did it right, he did it fast and without an issue. He said he knew what he was doing and, despite the earlier failures by 3 others who said the same thing, I gave him a shot and it works perfectly.

They were awesome from the word go. When I had first called about getting a replacement key for my 2012 Ford Focus they gave me a quote based on what kind of car I had and where I lived ( a lot of locksmiths won't come north of Humble). Before getting off the phone, they advised me that the quote given to me was the final price and to beware of other locksmiths that give you a range of prices. That they had a bad habit of showing up and charging the higher of the two amounts. We had scheduled for them to come out after I got off work. Thirty minutes prior to showing up, they called to let me know that they were running late as they were stuck in traffic. When they did show up, he got right to work. Asked me which key I wanted and within 30 minutes had completed the job. They are far and away the best option for replacing these new smart keys. The dealership wanted 2x the amount charged and most of the other locksmiths didn't service my area. These guys are super polite, knowledgeable and professional. We will definitely use them again if we need this type of service.

Description of Work
Reprogrammed the key for my car and cut a completely new one on site.

Xtreme Keys 4 Cars is currently rated 4 overall out of 5.

No, Xtreme Keys 4 Cars does not offer free project estimates.

No, Xtreme Keys 4 Cars does not offer eco-friendly accreditations.