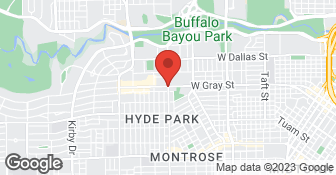 There were many issues with Woodfin Contractors. Chief among them are: 1. Michael Woodfin Contractors (WC) omitted a lot of items when he gave his bid. These items were specified in the architect plans. Obvious items such as some exterior doors were omitted. 2. WC said he can finish the work within 10 months but after a year and a half he still had not finished the job. In May 2007, sheetrock was just being installed. 3. During the entire time, Michael Woodfin (the owner and general contractor) was hardly present at the construction site. He did not manage the construction properly. There were many occasions that if I had not been present, the sub would have installed incorrectly. 4. I found many water leaks in the house for many months during construction when the house was supposed to be sealed. These leaks were brought to the attention of WC. However, these leaks were not fixed. On top of that, I was lied to that the leaks were fixed and the electrical, insulation and sheetrock were installed. 5. WC refused to install green sheetrock in wet areas even though it was specified in architect plans. 6. WC tried installing incorrect insulation 2 times. 7. WC's stucco sub (Lunco whose owners were John Luna and Leo Castillo) was trying to get more money without completing the job. 8. The windows were not flashed properly. So some windows leak whenever it rains. 9. WC did not get a city fireplace inspection before covering walls with insulation. 10. Many more ... if any homeowner or future homeowner wants to get more details, please contact me.

Description of Work
I used Michael Woodfin Contractors (WC) to construct my new house. Hence, WC was responsible for foundation, framing, plumbing, electrical, roofing, stucco, sheetrock, cabinets and all the other items associated with building a new house. The house was designed by an architect. Bids received from 3 general contractors were evaluated. WC was selected since he came with good recommendations and his bid was $1.2 million (as compared to around $1.6 million from another). WC also said that he can complete the house construction in 10 months. The construction started in Feb 2006.

Stucco specialist for 15 years doing high quality stucco work across the metro area. Contact me for a free quote.  …

We are committed and dedicated to every customer we serve. We offer excellent service with competitive prices and a written guaranty. Our reputation is built on honesty, integrity, product knowledge and professionalism. Give us a call! Additional email - capsirrigationllc@gmail.com  …

WOODFIN CONTRACTORS, INC is currently rated 1 overall out of 5.

No, WOODFIN CONTRACTORS, INC does not offer a senior discount.