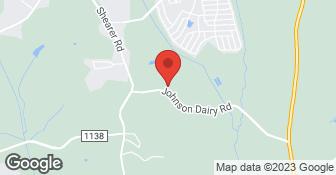 Founded in 1980 and incorporated in 1983 our parent company, Florida Industrial Electric and All Electric Services is a progressive electrical contracting firm offering a full-range of specialized electrical commercial and residential construction and maintenance services. For over 38 years, AES has provided cost-effective electrical solutions as a prime or subcontractor on thousands of projects throughout the Southeastern United States. From conception to completion of our clients’ projects, AES delivers unparalleled professionalism and craftsmanship with the highest standards of safety, integrity, quality and value beyond what our clients expect from an electrical contractor. Along with applying our core values in each aspect of our work, we are committed to excellence in our industry, superior craftsmanship from all employees, accountability for our actions and consistent communication with our partners and clients. AES is an independently owned corporation with uniquely skilled professionals ready to meet your electrical project needs. Let us show you why we are the preferred electrical contractor of choice for countless top general contractors and developers. When you partner with All Electric Services, you are establishing a relationship with a corporation that will provide the manpower and experience to perform in multiple areas of the electrical industry on your most challenging projects. You’ll have a dedicated team of project managers, superintendents and foremen who are backed by both full-service, client-focused field crews and an administrative office staff that values relationships and teamwork. Our Mission Statement To lead the electrical industry by example while maintaining the highest level of quality, integrity, and innovation with flexibility tailored for the future.  …

Our vision is to create a better tomorrow by offering Plumbing, Electrical, HVAC equipment and indoor air quality products that offers the highest level of efficiency and keeps your home and family safe, clean and comfortable. We hope that you will join us.  …

Family owned and operated electrical contracting company servicing Charlotte and the surrounding areas. ! We guarantee your satisfaction and we won’t leave until the job is done right. We pride ourselves on the quality work we provide, while delivering great customer service! Check out our services offered and call or click to schedule a free estimate today.  …

Someone came out almost immediately and looked at what needed to be done. I was quoted a price and work was started the next day. The electricians were very cordial and professional and did a very good job. They made sure my ceiling was capable of holding a very heavy light fixture and their quote included any necessary extra bracing. The price we were initially quoted seemed expensive, but after seeing how much work they had to do, it now seems very reasonable. We got quotes on some other electrical work we needed but decided their quote was too high so we did not use them for that.

Description of Work
I had two ceiling fans replaced in 15 foot ceilings and a 75+ pound lighting fixture put up. They were very conscientious and professional and we are happy with the work. They also cover their work with a one year guarantee.

Description of Work
We used the services of Chuck Douthit Electrical for electrical work. I have outdoor lighting from my house to the top of my driveway, but something has happened to the wire underneath the ground. The electrician also hooked up a fan for me.