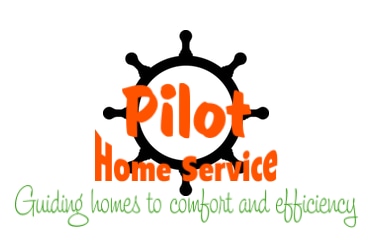 Pilot Home Service evaluates and pin points energy loss in homes. Perform energy retrofits/upgrade including air sealing, insulation, radiant barrier, duct sealing and many other fixes. We specialize in building science. Our top notch experts will find out exactly what it takes to make your home more comfortable and efficient

Pilot was responsive, and did great quality work at a fair price. We are very happy with the result and would recommend them without reservation.

They were punctual, professional, friendly and did a great job. I could not have asked for anything better. Well this was the only service I needed but I would surely call them back for anything else I needed that they could provide. This is an outstanding company.

They were a good price relative to the other contractors we contacted, and they got the work done quickly and efficiently.

I have an old house and new addition that was not insulated properly and a sun room that needed insulation. Dan was extremely knowledgeable on what needed to be done and his team did outstanding and professional work I highly recommend them! I wish I would have hired him first!

Everything went well was on time clean up after

Owner Dan Hope was one of my four quoters and he was the most knowledgeable and prepared. He caught more issues than the other three. He was very pleasant and flexible to work with too. The installation went extremely well too. Chuck and Roman are extremely knowledgeable, professional and pleasant. Eddie is their newest addition and he did outstanding work as well. It was a big job and the attics were very hot. I'm in awe at how they were able to do such hard work in the heat. Look no further !

Both Chuck and Roman were professional and knew what they were doing. At one time the hose separated and spewed in places it should not have (outside luckily) It did not upset them in the least, they just cleaned the area up and proceeded with the job. Had I not looked outside at the time, I never would have known it happened. I would highly recommend Dr. Energy.

Description of Work
Insulation in attic and in garage ceiling.

Dan and his crew were professional, punctual and efficient. I can’t say enough good things about my experience. We moved into an old house which had a musty odor I could not get rid of. They came in and cleaned out the old, deteriorated insulation in my attic. They sprayed it for mold and insulated it with silver glo. The attic now looks amazingly clean and odor is gone. They cleaned up each day they were there and worked neatly. Definitely would hire again.

They actually talked me out of hiring them as the amount they would have to charge would be more than it was worth. He even told me what insulation to buy.

Description of Work
I had to get some additional blow in insulation added to my attic. It was a small job. The owner came out anyway and looked at the job. He even went into the attic. His suggestion was for me to buy a couple bags and let a Handyman spread it in 2 locations. I found his honesty and integrity fantastic.

The company was very good to work with, but a few glitches kept me from giving them an A rating. The insulation seems to be working as promised, with much less temperature difference between the upstairs and downstairs now. However, although the contract specified that boxes in my attic were to be removed, the workmen just moved them, rather than bringing them out. Someone was supposed to come and get them out for me, but that didn't happen. They left a headlamp behind. The installation also left some significant cracks in the ceiling of the room under the attic, but someone did come out to fix that so I didn't press the issue of the boxes. All the workmen showed up on time and cleaned up well after themselves.

They did a good job. Some minor ceiling damage which they are scheduled to repair. the guys that did the work were extremely nice and professional, and did a good job cleaning up.

The entire process went well. The crew worked very hard to get the job done in a timely manor. U

The insulation has significantly helped reduce the heat (summer) on the 2nd floor. We did have a problem with the initial installation not matching our expectations (didn't leave as much storage room as agree upon). When we called, the owner was extremely responsive and sent a 2nd crew right away to fix the problem. We're very happy with the finished product.

It couldn't have been better. Dr. Energy Saver did a great job. Quality work at an affordable price. They worked around my schedule and completed the roof in one day. I would recommend them to anyone looking to hire a trustworthy company that does quality work at a fair price.

Absolutely great, I'll be calling them back to some siding as well.

Description of Work
I had some roofing done on my garage, 4 windows, and they did air sealing and insulation in my attic.

It was good. I first looked into it and the owner of the company came to the house. He checked everything out and told me what my options were. He was wonderful. He was great to deal with. He gave me the estimate the same day and I agreed to it. Within a week one of his employees came out and did the work. They were good to deal with. It was reasonable priced. I would give them an A for everything really.

I contacted Dr. Energy to set up an appointment for an estimate on a small insulation job early Feb. A rep from Dr. Energy, Mike K., came out to my home. He was prompt, professional, and seemed eager to work with me. He walked through my home with a thermal imaging tool and explained to me what his company could do to resolve my issue. Be fore leaving my residence Mike told me he would get back to me with a quote; I never heard from Mike again. I waited about a week before calling the office. I spoke to a female; she informed me that Mike was in a meeting and would call me back. I explained the situation and asked for anyone from the company to call me back. No one called back. This behaivor is unacceptable. I gAve this company a grade of C for two areas because they were responsive and punctual for the initial meeting. Lucky for me, I was forced to look at another company, Energy Service Group. They came out to give me an estimate. They also completed an energy efficiency inspection of my home. This inspection revealed areas where drafts of air were coming into my house. Additionally, this company is in a partnership with my local electric company. This partnership made me eligible for a 50% reimbirsement of the cost (up to $4K) to make my home more energy efficient. Ultimately, I aithorized over $3K of work and I am waiting for my $1.5K reimbusrement check now. "since posting the review the owner of the company reach out to me to discuss my experience. I am satisfied with his attempt to resolve the situation. I wish him the best of luck with the continued success of his company."

Description of Work
I realized shorty after moving into my newly purchased home that I could not prooperly heat my bottom floor; an above ground basement. I believe I needed a company to add spray foam to a small room in my basement to stop the draft. During the initial appointment, Mike showed me other areas of my home that needed insulation.

Mike Kenny came to give me an inspection and estimate of the work to be done. He showed up on time and showed me what needed to be done and how it was going to be done. He also gave me a reasonable price. The installers came on time and put down cloths to keep my carpet clean. They worked steadily until the job was completed. There was a team working in the attic and one working in the basement. I am very satisfied with everything they did and my home is now much warmer than it had been!!! I would use them again!!!

Description of Work
I had insulation put into my attic and the Basement Rim Joist.

Description of Work
Closed in deck but room very cold. Dr Energy insulated beneath the floor so now my room is truly a four-season room without running any duct work to the room.

I called for an estimate, and the owner came over to check out the space. He answered all my questions, and explained what the work would entail. He said that because it was a small space, they may have to cut an access hole for the hose in the ceiling of one or both bedrooms, but if they did, they would repair the drywall after. As it turns out, the crew were able to fit in the space, so no cutting was needed. The crew arrived within the timeframe they estimated. They sealed gaps first. There was a bit of a pause midway through the work, as they had to go get some more oil for the blower generator, and let the walkie-talkies charge. Once they came back, they blew in the insulation. They were able to run the hose from the driveway up through a bedroom window, so they didn't have to run it through the house. They also padded the access hatch on the attic side so it wouldn't leak. They used a shop vac to clean up when they were done with the installation. I paid a 1/3 deposit, then the rest after the work was completed. The cost was a little on the higher end of the scale for the size of the space, but they did a good job, so I think it was worth the investment.