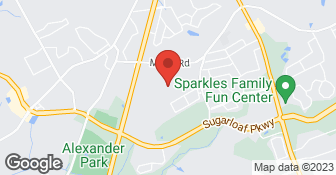 Need a Certified Tree Expert? Our name says it all. Certified Tree Experts is a fully licensed and insured company that understands how to properly care for and remove damaged trees on your property. We offer full-service tree trimming, removal and clean-up on project in Atlanta and the surrounding areas. Our experts always provide a professional analysis of your property and a FREE written NO-OBLIGATION proposal for every job prior to any work being preformed. Contact us with confidence, knowing that you'll be satisfied from start to finish... And, we back it up with a satisfaction guarantee. So contact us today! Our Expertise Include: Tree Trimming, Tree Removal and Haul-off Services Land Clearing & Commercial Projects Heavy Equipment Needs – (Crane Removal, Grapple & Bobcat) Emergency & Storm Damage Clean-up...

I knew when I started looking that it wasn't going to be easy. The problem was two very large, leaning trees with limbs hanging over the house and sitting in the middle of the backyard garden, surrounded by plants. I asked three companies to give me a quote and tell me how they would deal with it without damaging the shrubs and other plants. A rep for the first company came out, gave me a verbal quote, promised me a written one, and was never heard from again. The second declined to quote it. The third, Certified Tree Experts (Jose Sesmes), came out, looked the job over, and told me how they would deal with it, including carrying the wood out by hand since he couldn't get equipment in to move it. He provided a written quote, which was substantially less than the verbal one I'd received, and confirmed the conditions of the job in writing. His crew showed up at the promised time, went over the job with me (demonstrating that they knew what they had to do), cut the trees down, and cleaned up afterwords. We were very pleased. This is the second time we've used Jose's company, and we certainly would again.

Description of Work
Removal of two large trees with limbs hanging over the house.

Good. It took longer than I would have liked to get a specific day set up for the service. I was only able to be home 2 days of the week. Some of the scheduling challenges may have been due during the hurricane and severe thunderstorm activity which occurred right after I got the quote. They did the job day 1, left it neat, and then removed the remaining wood the next day and cleaned up thoroughly.

They were careful to do exactly what I was expecting. Price was competitive and they cleaned up.

Excellent. I couldn't be happier. Jose was very fair in his pricing when he came out and gave me an estimate. His crew showed up on time and they did the entire job, not a small one, in three hours, leaving my yard pristine and in perfect order. I already passed his info along to my HOA, and two of my neighbors have used this company's services. If you want a well organized and thoughtful team in the job, these guys are incredible. I can't sing their praises enough. Sincerely. Great work Certified Tree Experts!

Went very well! Jose and his crew did an excellent job again as I had hired them in the past as well. Very good price and they even "hand carried" carried ALL debris to the street so as not to damage existing shrubbery and newly planted sod.

Description of Work
Cut down and remove 17, 23 year old and overgrown Leyland Cypress trees in our back yard.

Hired Jose and his crew after getting 4 estimates for cutting down 3 huge gum ball trees in the back yard. Estimates ran from the low 2000's up to $4500. Jose had the lowest deal. They arrived promptly at 8:00 am as promised. Trees were basically down in about 4.5 hours & then they did the cleanup. There were numerous roses, bushes, and other flowers around the trees that never got any damage. No damage on the grass either. That really surprised me, considering the massive amount of tree that had to be taken out. Jose had access to a crane, but there was no access to my backyard. The 4 man crew carried all the debris out by hand. The crew were all well coordinated in the removal process. I was so impressed with their work, I gave them a $100 tip for a good lunch.

Description of Work
Removal of three huge gum ball trees in the back yard.

The job was professionally done and when smoothly. I plan to use them again in the near future to stump grind the 3 removed tree.

They were timely with a great price. I highly recommend!

Description of Work
This company was incredibly responsive! They came and gave me a free estimate the same day I called and did the job within 2 days. They removed 3 trees from my backyard without damaging anything. !

Call us today for a free estimate.  …

Pet Stop Makes Your Pet's Safety It's #1 Priority That Is Why Pet Stop is the fastest growing Electric Dog Fence Company in America. We are, "The Dog Fence Experts" You will speak directly to Mike, Adam, Matthew or Jason who are the decision makers for our company. Immediately you notice you are speaking with the owner of the company who can talk to you about pricing, installations, troubleshooting and brand comparison. Collectively we have installed thousands of fences - we are not employed installers, we are the company and we know you are the customer and we promise 100% Customer Satisfaction (One of us will professionally install your pet's fence. No other Brand offers this level of expertise and experience). Schedule a free consultation today, and see why over +300 Reviews rank us at a 4.90 out of 5.0 STARS  …

We are an owner/operated Concrete Leveling Business that specializes in LIFTING settled concrete slabs with Poly-foam. A material that lasts! We CAN LIFT ANY AND MOST CONCRETE SLABS:Driveways,Sidewalks,Pool Decks,Garages,Porches and the like. We can salvage your existing concrete slab as opposed to spending a lot of money replacing it, which is very costly! If you have any concrete slab that needs lifted and or stabilized please email photos to liftitritellc@gmail.com  …

Certified Tree Experts is currently rated 5 overall out of 5.

No, Certified Tree Experts does not offer eco-friendly accreditations.

No, Certified Tree Experts does not offer warranties.