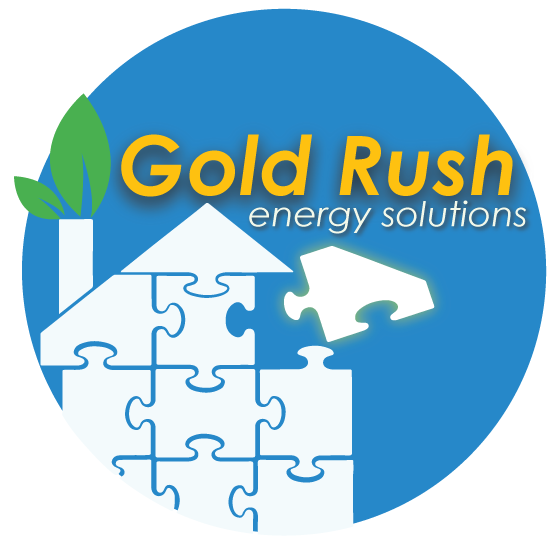 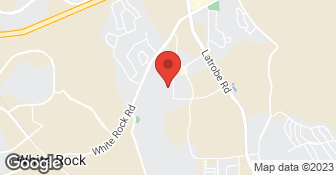 Renewable energy has recently become the smartest way to power your home, and millions of people are choosing clean energy as an investment in their future. Utility rates have reached all-time highs, while the price of solar has been drastically reduced. You have the power to get clean energy from the sun every day and put thousands of dollars back into your own pocket. We started Gold Rush Energy Solutions as an alternative to the impersonal and often unprofessional performance of our large volume competitors. Our goal is to provide an optimal install, with personal customer service by certified professionals who care about their customers. We aim to provide the highest quality of product and workmanship while still maintaining the most competitive pricing in the market....

This company does not respond to you. They lie, they tried installing a system we did not pay for (the cheaper one). My power went out a few times. They are obviously doing illegal practices. They installed it one way and turned on the system before the inspector came out. When he came out they remotely turned my system off (aren’t suppose to run your solar until approved) and Once he left they came back and switched it back to a way that would not pass inspection. Received a bill a month later, Danielle (POC) said it was before system was installed, it was not. After not receiving a message back from her for a week or two she says my system WAS NOT ON! That was a month and a Half ago, my system is still not on, have no heard on when they plan on turning it on. I was told that it was on even before the inspector came. I contacted them in August 2019 and this job is still not done as of June 2020. Horrible company, horrible customer service!

It was very good. The installation was on time and professional. They happily made cosmetic adjustments that weren't technically necessary but greatly improved my satisfaction. They followed up regarding the incidental damage it was promptly repaired. I referred them to other people already.

Description of Work
They installed solar panels on my roof.

5 STARS - EXCELLENT Solar company!!! - Gold Rush Energy installed my solar system last year and they exceeded all my expectations from my initial call requesting information to turning the system on with PGE grid. Ben Hecht (sales representative) is very knowledgeable about the various products, warranties and installation process. I am one of those customers that over analyzes everything and ask a million questions (especially for such a major investment as this) and Ben/Gold Rush Energy was always responsive and I never felt “sales pressure”. I compared various vendors and, based on all my research/vetting, I did not hesitate to use Gold Rush Energy to install my solar. It was a textbook “turnkey” operation where they took care of all the paperwork, scheduling and coordination with my HOA, PGE and inspectors. I highly recommend anyone who is thinking of installing solar to contact Ben Hecht/Gold Rush Energy for a competitive quote and/or a proposal for your specific home/needs – you will be happy you did.

Description of Work
Installed solar panels for a new home

We chose Gold Rush Energy Solutions because they were extremely professional and Victor Falls answered all our questions and provided a solution to our energy needs. The installation team was on point. The job was completed as scheduled.

We truly cannot say enough about the wonderful service we received from Victor Falls (our Gold Rush Energy solar rep) and the entire Gold Rush Energy team. We had a very large solar project as we are a commercial winery out in the Pleasant Valley area of Placerville and Gold Rush Energy stood up to the task and handled the entire process smoothly and with zero complications-from mapping out the best spot on our property to place the panels, to being there during the final PG&E inspection. We are so excited and proud to now be a solar operated winery! I highly recommend them for any kind of solar project, whether it's for a business or a residence. You won't be disappointed!

It was very good. It was very smooth. We were very happy with the results. The salesperson, Ben Hecht, was very good with follow ups and was patient. Ben met my criteria and did a very good job.

Description of Work
They installed a solar energy system on our roof.

We added solar panels to our home and had a great all around experience with this company. We got top of the line panels at a very competitive price without all of the heavy sales pressure associated with this industry. They answered all of our questions and after 10 months we have a net surplus of electricity being generated by our system. Last year we owed PG&E a $1,000 for electrical usage -- this year ZERO! Thanks Daniel, Emily, Victor, & Ben. Glad to recommend Gold Rush Energy Solutions.

Description of Work
Installed solar panel package to our home.

I had talked to many solar companies and specially the big names. Then i talked to Daniel from Gold Rush Energy Solutions. He was very nice and polite and listened to all my questions and explained me all the advantages of the solar system and its different options with the solar panels available in the market and the invertor systems. He was not really pushy like all other solar companies will definitely do. Once i finalized the system with them, it took 1-2 weeks only to get it approved and permits and installation. Also approval from PG&E was also very quick and my system was running perfectly as it was explained and the way it should be. Also the installation crew were very professional and finished up the job on time and also cleaned up everything and also painted the conduits and pipes used on the wall. They were professional and neat as they worked. Also the online monitoring system is working perfectly as expected. I have seen the installation for other solar systems in my neighborhood and i could see the difference. I will definitely recommend GOLD RUSH ENERGY SOLUTIONS than the big companies, as you will get good service and personal attention than the corporate service which you don't know who you are talking to and might be different salesperson every few months. I will definitely recommend to all my friends. Finally A HAPPY CUSTOMER.

My wife and I have spoke to well over 6 different solar companies. We didn’t “feel it” with them. They would listen to what we wanted, tell us they can work with us and then hit us with the lease pitch. Even if you change the word “lease” to something else it is still a lease… Sorry. We simply wanted to buy our panels and have them installed. We wanted to have the least money out of pocket and take advantage of the government rebates and loans. We wanted to have 100% of the energy produced applied to our PG&E bill. The others said “No, no, no. We install panels, you pay us for your electricity at a reduced rate.” OK, that’s fair if you don’t know there are other options. Then we met Jordan and Daniel from Gold Rush Energy Solutions. They knocked on our door one HOT Saturday afternoon. Right away my wife and I liked these guys. I had a lot of questions and they answered everything backing it up with documentation whenever I needed it. They weren’t “Yes Men” though. There were a couple of points that weren’t going to work but they came up with alternate approaches whenever possible. We signed on the dotted line. Less than a week later they and their team were on our roof putting in the system. They had arrived right on time (maybe even a little early). They were professional and neat as they worked. Our neighbors had a team installing solar as well. They had ordered theirs 2-3 months prior and they were finally getting the panels put up. Their workers were definitely not on the same caliber as the Gold Rush Energy Solutions crew. One big difference was that by noon when our solar was installed it was FULLY installed. Ready to run. The inspector showed up after lunch and was done in no time. He was thrilled at the job they did with all of the electrical modifications and additions. There was nothing for hime to complain about which made his paperwork very short and simple. The house next door wasn’t even scheduled for inspection yet. We had to wait a few days for PG&E to process us into the system for the meter changes they needed to do. Then we were fully online. The guys went out of their way and asked if we had any leftover house paint which we did. They painted the metal conduit running up to the roof so that it blends in… neighbors is still an ugly silver/grey. Would I hire them again? Absolutely YES. Would I refer them to a friend? A resounding YES. I wish all jobs went so well. A very happy customer.

We offer the highest level of experience when it comes to installing Solar panels on residential homes and commercial businesses. We offer custom roof mounts & ground mount options with a wide range of top quality panels to choose from, as well as zero down financing options. We Guarantee Customer Satisfaction.

We do not currently offer leased Solar PV systems or power purchase agreements (PPA), as these are often not in the best interests of the consumer.