Mediterranean Houses: Everything You Need to Know About These Warm-Weather Estates

If you’re a fan of film noir, you’re likely familiar with the grand staircases, archways, and wrought-iron features of a Mediterranean home. This was a common home style in California and Florida during the roaring ’20s, when these styles of homes were a mainstay of most Hollywood-based movies. They were meant to depict grandeur, opulence, and evoke the resorts of coastal Europe, with all the European lighting and details to match.

Read on to learn everything you need to know about the history of Mediterranean houses, their architectural features, and the different styles to look out for.

History of the Mediterranean Home

Mediterranean-style homes initially drew on architectural inspiration from countries surrounding the Mediterranean Sea, including Italy, Spain, and Portugal. Over time, influence from other countries, such as Morocco, Greece, and Turkey, added to the style (which some might call Neo-Mediterranean). The look is meant to emulate the feeling of being at a grand hotel in Capri or similar resort town, with all the features that come with it: big terraces, bedroom balconies, and enormous windows so you can get the best view of the ocean.

These homes rose in popularity from 1918 to 1940, dotting the streets of warm-weather states like Florida and California, where the climate was similar to countries like Italy and Spain. This was deliberate, as the Mediterranean home’s building materials help to keep the heat out in the daytime and hold it inside at night. 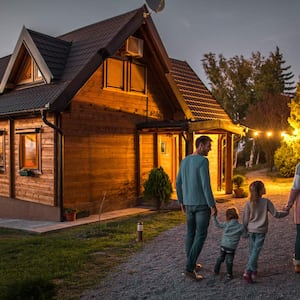 Defining Features of the Mediterranean House

Here’s how to spot a Mediterranean home.

The colors of Mediterranean homes are meant to mimic the natural landscape that surrounds them, and are usually seen in neutral shades, like tan, brown, eggshell, or plain white. The type of siding on a Mediterranean is traditionally made from stucco, which is durable, low-maintenance, and fire-resistant.

These homes often feature red, clay or terracotta roof tiles in a U-shape which lets water drain off easily and reduce the amount of heat that gets into the home. In addition, they have a long lifespan, often lasting for several decades.

Over the large windows and doors in a Mediterranean home you’ll find arches for added character and more visibility of the landscape outside. Sometimes, these archways will be decorated and framed by patterned tiles.

The details of the house, such as the balcony railing, will most likely be made of strong, elegant wrought iron.

Flooring in this style of home is usually made of tiles (sometimes patterned) or natural stone, to help keep feet cool during summer heat waves.

A Mediterranean home is designed to help you access and enjoy the outdoors, with sizable patios, balconies, and backyards. Many will also have a pool, since these homes are popular in hot weather states. 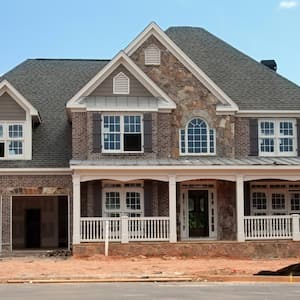 How Much Does It Cost to Build a House?

There are three distinct kinds of Mediterranean home. Here’s what you need to know about each.

These homes look to 16th century Italy—the Renaissance period—for inspiration. As this was the era when the bel paese was flourishing, these homes are imposing and ornate, and often have columns in addition to the signature Mediterranean-style archways.

Borrowing from Spanish Colonial, Spanish Mission, and Mexican Churrigueresque architecture, the Spanish Revival Mediterranean home is simpler than the Italian Renaissance style, with clean lines and low-pitched roofs. The archways will also be unadorned.

The modern Mediterranean home borrows ideas from both the Italian Renaissance and the Spanish Revival, but makes them more contemporary with large, open floor plans, white cabinetry, and an emphasis on indoor-outdoor living. 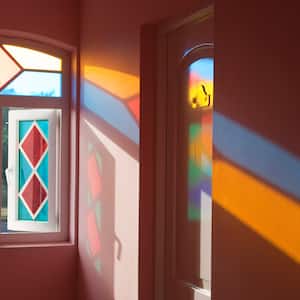 You may have seen these buildings in your own city, in magazines, or on vacation.

Designed by Julia Morgan for the newspaper tycoon William Randolph Hearst, Hearst Castle in San Simeon, California features a luxurious marble balcony with a loggia and a pool surrounded by columns (not to mention 42 bedrooms!).

Designed by one of the most prominent architects of Mediterranean homes, Addison Mizner, El Mirasol was located in Palm Beach, Florida and featured large arched windows and terraces. Unfortunately, it was demolished in 1959.

Now the home of the Vizcaya Museum and Gardens, this Miami-based, waterfront estate is the former home of businessman James Deering. It has marble floors, columns, and imported Fresco ceilings from Tuscany and France.