What Is a Craftsman-Style House?

A craftsman-style house is an American style of architecture known for simple, functional design

An American Craftsman-style house is an architectural style of homes built in the U.S. during the early part of the 20th century, from 1905 through the 1920s and ’30s. The type is an offshoot of the 19th century British Arts and Crafts movement, which responded to the era’s prevailing architectural style and socio-economic norms.

Proponents of the movement believed the industrial revolution was responsible for a decrease in the creation of quality goods.

Craftsman style can also credit bungalow-style housing in India as a source of inspiration.

American craftsman homes are known for their simple, functional design. The craftsman house continues to be popular to this day and stands as one of the classic American home styles.

With its roots in the British Arts and Crafts movement’s ideals and inspiration from the bungalows of India, Craftsman homes gained popularity stateside from influential supporters. The houses were designed for middle-class American families, offering functional spaces centered around a family room and fireplace.

Syracuse, New York furniture designer Gustav Stickley was the most ardent champion of the bungalow style in the U.S, and, inspired by the Arts and Crafts movement philosophy, he helped introduce its ideals. He published a magazine called “The Craftsman,” which promoted the patterns and styles of the movement and became the style's namesake.

The Crafts movement is apparent in Stickley furniture designs. His work was handmade, rejecting the convenience of machines in a statement against the Industrial Revolution.

Stickley's magazine helped spread the style throughout the country, selling patterns and designs for Americans to build.

With designs featured in Stickley's magazine, Greene and Greene, a company founded by brothers Charles Sumner Greene and Henry Mather Greene, was a driving force of California's Craftsman ideas and design. Their large bungalow houses exemplified the American Arts and Crafts movement, mirroring the functional, secure designs of Stickley's blueprints. 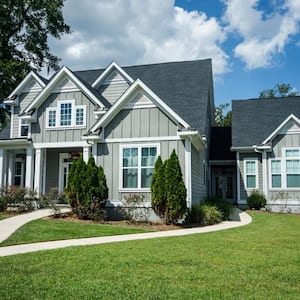 Build Your Dream House: Know Who To Hire To Get It Built Right

You should hire a licensed building contractor to build your house

Craftsman-style homes bucked the era’s decorative and eclectic Victorian style. Instead, the Craftsman celebrated clean lines and natural materials—a night-and-day contrast to the excess of Victorian decoration. Craftsman homes share several distinctive features that made it a popular style for middle-class Americans in the early 20th century.

Craftsman homes greet you with a full- or partial-length gabled porch held up by sturdy (but decorative!) columns. These square columns are often tapered, wider at the bottom, and thinner where they meet the roof.

Craftsman-style roofs are low-pitched. While commonly gabled, sometimes the roof is in the hip style, meaning a roof that slopes on all four sides. Each side comes together at the top of the roof to form a ridge. The tops have extended, overhanging eaves and exposed rafters.

Homes built in the Craftsman style feature numerous vertical, double-hung windows. These windows can be raised or lowered from top or bottom with window sashes that also tilt for efficient ventilation. In addition, Craftsmans commonly include a single dormer with the same style window.

The living room is the center of the Craftsman and usually features a fireplace. Throughout the house, rooms connect without hallways. Window seats complement the windows (and provide can’t-beat reading nooks), and the ceilings have exposed beams.

Craftsmans embrace various natural colors and materials, incorporating them into the hand-crafted design and detail work. Common features of a craftsman home include:

Cottage-style homes are one-story, compacted versions of a bungalow. Windows sit on each side of a partial-length, single gabled roof. Cottage styles are symmetrical with wood or stucco siding and other stylistic Craftsman details, such as extended eaves.

Wide, overhanging eaves give this house the appearance of an airplane. 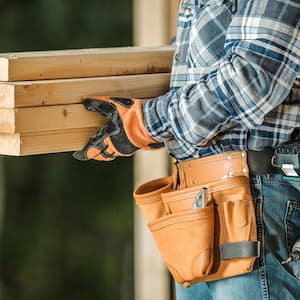 Everything to Know About Builder Grade Materials in Homes

While most Craftsman-style bungalows are single-family homes, this is a multi-unit version. The bungalow court is a U-shaped, two-story example. It is a multi-family unit of houses that share a private garden or courtyard.

An embrace of natural lines, materials, and colors—along with so many other charms—of the Craftsman-style house led to an enduring and popular legacy. Given the ideals of simplicity and functionality, the house type exists in various sizes and price points. The design is also a common renovation style. For instance, adding a gabled porch to a ranch-style house can add to the house’s curb appeal.

Given the Craftsman’s popularity, it's essential to keep them looking their best and be aware of some upgrades and maintenance considerations that go with owning a Craftsman-style house.

In cool climates, low pitch roofs can present challenges with ice dams. Ice dams occur when the snow melts and refreezes in low roof areas, allowing ice to build up and cause damage. Be sure to identify potential ice dam spots and work to discourage snow from collecting.

Basement remodeling can be an attractive project in craftsman houses. In addition to upgrading an unfinished basement, structural projects including repairing foundations or replacing basement support beams are essential to prolonging these charming homes' lives.

Capturing the functionality of the style along with a charmingly detailed aesthetic, homeowners may choose to install a privacy fence in the Craftsman style.

A single dormer is a key characteristic of the Craftsman style. Like gabled roofs, dormers are popular additions to consider to capture the distinctive craftsman style. 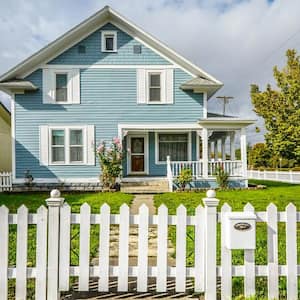