Fear Not! Bats Can Provide Many Benefits to Humans

From the way they look to their disease-carrying reputation, bats aren’t exactly a favorite animal for many people. However, bats benefit us in far more ways than you might realize—including acting as perhaps the ultimate pest control. Here's a look at why you should respect these flying mammals, even if you'd prefer to appreciate them from a distance.

Most bats eat beetles, moths, mosquitoes, and other pesky bugs. The United States Forest Service states that some bats can eat more than 1,000 bugs in just one hour! Mother bats will eat even more, with numbers as high as 4,000 insects throughout a single night.

What’s more is that, since bats are such huge insect predators, insects know how to keep away. In fact, some species of moths, crickets, and beetles have a built-in bat radar that can detect bats from approximately 100 feet away. This means that a large bat population both controls the insect population and keeps insects out of bat hunting grounds: AKA your home.

Besides, bats’ love of bugs also removes the need for using so many pesticides on crops.

Butterflies and bees aren’t the only pollinators out there. Believe it or not, bats play an important role in pollination. From their love of agave and other plant nectars to nature’s way of seed dispersal through bat guano (yes, that means bat poop), fruit-eating bats help promote plant growth by spreading the seeds as they go. 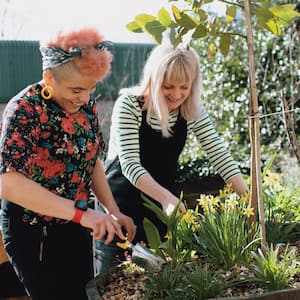 14 Natural Ways to Keep Pests Out and Your Garden Organic

Pest control tips that are anything but garden variety

3. You Wouldn’t Have Chocolate or Bananas

Speaking of pollinators, bats play a major role in the production of many foods that we eat, including bananas, coconuts, cloves, and vanilla, to name a few. Bats also spread seeds for almonds, figs, and cacao, which produces raw chocolate. A world without bats would look like a world without these delicious foods. In other words, thank your local bat the next time you eat a chocolate-covered banana.

4. You Can DIY Your Very Own Bat house

Bats can even benefit DIYers by providing you with the perfect way to get your carpentry skills on. If you live near bats, a bat house or bat box on your property lures bats away from your attic, aids in conservation by giving them a habitat, and scares away insects by giving bats a place to gather.

The open-bottom design of bat boxes also makes them unlikely to attract birds, mice, or squirrels as residents. Plus, it buys you major nerd credentials in the bat-loving community and saves you on animal removal costs, which average around $350.

5. Bats Are Food for Other Animals

It truly is the circle of life when it comes to bats. These little mammals rank above insects on the food chain, but plenty of animals depend on bats for food. A few animals that hunt or scavenge for bats include predatory birds, snakes, weasels, raccoons, and wild cats.

Promoting bat populations (especially with the prevalence of white-noise syndrome in some populations) helps balance the natural ecosystem in your local area, keeping bugs at bay and top-of-the-food-chain animals nourished. 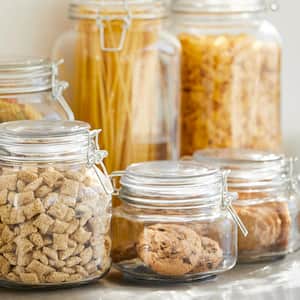 5 Simple Tips for Getting Rid of Common Pantry Bugs

You might think of vampire bats as bloodsuckers, but truth is, it’s our blood that may benefit from them. Vampire bat saliva secretes an anticoagulant known as draculin—because, of course, that’s its name—to keep the blood flowing while they eat their prey.

According to the Bureau of Land Management, bat saliva may be an effective treatment for stroke victims and those who require a blood thinner.

Bats also aid in the production of around 80 medicines through their pollination of medicinal plants, serve as a model for the development of echolocation to help the blind, and have helped scientists research vaccines.

Bat guano contains many key nutrients for cave ecosystems that help preserve the delicate flora and fauna found in caves. Without bats, microorganisms and other small critters like invertebrates lose their food supply. This depletion of key animals from the bottom of the food chain reduces the available food for amphibians, fish, and larger animals.

Bats rely on a delicate environment for survival, and anything that knocks it out of balance—construction, pollution, and deforestation, to name a few—can kill them. There are over 30 bat species included in the Endangered Species Act, meaning these bats are at risk of extinction. For this reason, ethical pest control companies don’t kill bats in homes. Rather, they remove them and block their entry points.

If you have a bat in your home or would like a more humane way to relocate bats, consider finding a local pest control company to help you safely remove bats.