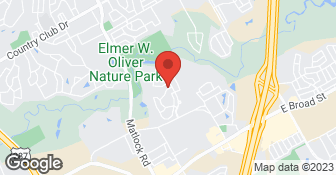 Cost is determined by the job. Payment Method: CASH or NOW accepting payments through ZELLE. (call for more details) Residential and commercial services....

They were good until their time kept getting off. For people who planning around our hours, it was hard but I was still ok. They rotate the people around to clean our homes, which were fine. Some were better than others, until the last ones. They barely cleaned anything. There was still dust on tables, console, they hardly mopped the floor, or cleaned the bathrooms, and vacuumed. This is comparing to the ones who came before. I logged a complaint to the manager. I was told I would never see them again, but at the same time, they ghosted me for that one complaints. I never made any complaints ever. When the job was done right, I still looked at it over the whole thing and accepted it. That last time was unacceptable. But then how they handle the complaints and ghosted me when i asked for an appointment, that was unprofessional. For a company like that, and instead of making a change, turned a customer out for a complaint because their staffs were under-the-qualifications. I do not recommend them anymore unless you think you won’t ever make a complaint.

I have been pleased with their work and I have no complaints about their service nor their work.

Wonderful! Communication with the office was great, the maids arrived at the time indicated, they were very pleasant and friendly. They worked hard the entire time, and did all that I asked. The house was very clean, and pleasant smelling. I am so thankful for this company, I have used them many times and plan to continue to do so. Thank you!

We had family coming into town in 2016. I found a coupon on Angies List for a six or eight hour deep cleaning. Clean Choice came out and did an incredible job. Since then, my wife and I have used them twice a month. Once, they accidentally broke a treasured trophy. But they stood behind their work and covered the cost of replacement. The women who come out are the same crew. This allows us to feel comfortable with those who are in our home. They work for the entire two hours; heads down and cleaning. They also have flexibility in what is cleaned. So, if I have a room that hasn't been used, then we can work on something else. Overall, I'd very much recommend them. If you are unsure, look for one of their coupons here on Angies List.

Description of Work
It started with a 2016 coupon

The ladies got right to work and the house looked great!

They were prompt and had great attention to detail.

I've used Clean Choice periodically for 5 years. Our service started out great, but over the last few sessions, it had deteriorated. This past time caused me to declare "never again." We had 3 ladies who arrived late (this was a frequent problem with this service) and they did not take care with our things. The previous time they broke the hose attachment on our vacuum. We just absorbed that one and didn't say anything. This time our Rowenta iron was dropped or knocked over and it no longer held water so we had to buy a new one. In addition, we have antique stained glass windows hanging in our kitchen nook. I guess one of them decided to try to clean the blinds behind them, but she knocked one of the hooks out and left the window swinging by one chain. A miracle it didn't crash totally. That was not fun to level and repair. When I first started using them, my home smelled lovely and looked very clean. This time I walked in and there was an overpowering Pine Sol odor. I had to burn candles to get the smell out of the air. This crew just seemed in a hurry and inexperienced. When I contacted the company to let them know I had these issues, there was no apology at all. They just texted me and asked if an hour of credit would suffice. Considering my iron costs more than that, I said no and have not received any further response to my requests. I can't recommend anyone using them based on the deterioration of the service.

All was amazing, as usual. Great communication with Melissa in the office. Maids arrived on time, as promised, they were very pleasant. Worked hard the entire time, and did all the cleaning I requested. Couldn't have asked for more!

As usual, the maids arrived on time, went straight to work, were pleasant and did all that I asked. Very thorough job. No problems booking or communicating with office. Very pleased!

As always the ladies did a great job!!

Handy is an Angie's List national platform partner. With Handy, you can book a transparent, fixed price home service with an independent professional any day from 7 am to 11 pm. Professionals booked through Handy are experts across a range of home services, including home cleaning, handyman services, painting, lawn care, and more. They have collectively performed over 3 million projects across 250 locations. Handy, through the Handy platform, offers technology and information to book home services, but does not itself provide these services. The provision of services is the responsibility of independent professionals scheduled through the Handy platform. Tasks booked and paid for directly through the Handy platform are performed by background checked professionals*, and are backed by the Handy Happiness Guarantee**. Notes: * Handy screens handyman and cleaning professionals that you book and pay for directly through the Handy platform. This process involves: a) Pre-screenings – Potential Professionals must provide detailed personal information, and validate their home service experience. b) Credential Verification – Handy partners with Jumio to use computer vision technology to verify the identification credentials of potential professionals. c) Background Check – The background check screening is performed by Checkr, an accredited third-party background check provider. Checkr's search includes national, state, and county databases stretching back at least 7 years, and longer in certain jurisdictions. The purpose of these checks is to identify offenses that may disqualify potential professionals from using Handy. You can learn more about Handy's screening and background check process at www.handy.com/trust-and-safety ** Handy backs all bookings made through its platform with the Handy Happiness Guarantee. Handy strives to match you with the right pro for you and your home every time. If you're not satisfied with the quality of the service you booked and paid for directly on the Handy platform, Handy will send another pro at no extra charge for your next booking. Additionally, In the rare event of damage, Handy's got your back. Bookings made and paid for directly on the Handy platform are insured. You can learn more about Handy's screening and background check process at www.handy.com/handy-guarantee TEST TEST TEST  …

We have been in business for 7 years. We can help with anything you need cleaned, sealed, detailed, stained, or painted! We specialize in driveway washing, siding cleaning, car detailing, paint removal, roto blasting, crack sealing, driveway painting, and automotive shampooing and detailing.  …

MAID FOR YOU services the Fort Worth – Arlington- Burleson- Mansfield-Mid-Cities area. We are a faith based company, family owned and operated since February 2009. We are located here in the area and believe we can “make a difference” when it comes to helping you make your house a home. We provide a personal-customized service unlike other services whom rotate their maids and fill their day with several houses to clean. We are unique in our approach of assigning one maid to your home….You’ll know who is in your home at all times giving you the security you need and the confidence that your home is well cared for. We schedule no more than two houses a day for our team members; ensuring your home gets the attention it needs no matter what condition it is in……We Guarantee your satisfaction…… On a day that is convenient for you I would meet with you and the lady that would be assigned to your home. We would introduce ourselves, answer any questions you may have then do a walk-through to ensure we understand what areas you need cleaned. . Once she has cleaned the home she will do another walk-through to ensure we meet and hopefully exceed your expectations.  …

Bonded
Insured
All statements concerning insurance, licenses, and bonds are informational only, and are self-reported. Since insurance, licenses and bonds can expire and can be cancelled, homeowners should always check such information for themselves.To find more licensing information for your state, visit our Find Licensing Requirements page.
General Information
Free Estimates
No
Eco-Friendly Accreditations
No
Payment Options
Check
Senior Discount
No
Warranties
Yes

How is Clean Choice overall rated?

Clean Choice is currently rated 4.7 overall out of 5.

What days are Clean Choice open?

No, Clean Choice does not offer free project estimates.

No, Clean Choice does not offer eco-friendly accreditations.

No, Clean Choice does not offer a senior discount.

Are warranties offered by Clean Choice?

What services does Clean Choice offer?

Are there any services Clean Choice does not offer?