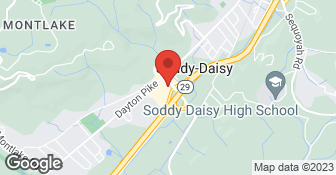 Durante locally serves customers throughout BIRMINGHAM, HUNTSVILLE, and NASHVILLE metro areas. We are not a chain or a franchise-we're local and we are one of the most trusted names in the home improvement industry! Durante offers outrageously GREAT Customer Service, and when you call our offices you will always speak to a LIVE person who is friendly and ready to serve you! At Durante Home Exteriors, we want to help you, we want to spoil you and we want to make your home look its best! That‘s what you should expect from Durante Home Exteriors. We have hundreds upon hundreds of satisfied customers that turned to Durante for their Home Improvement needs and we have the pictures and testimonials to prove it! If you want a company that’s 100% focused on YOU call US!!  …

There’s never been a better time to transform you home with Champion of Chattanooga! Think of us as a one-stop shop for everything you need to beautify your home’s exterior: windows, sunrooms, siding, roofing and doors. Only Champion offers the superior energy efficiency of Comfort 365 Windows, industry-leading limited lifetime guarantee, and award winning products made in the USA. For over 60 years, Champion has been manufacturing and installing quality windows, doors and sunrooms while creating a seamless experience for our customers. More than 9 out of 10 customers recommend Champion. Not only do Champion products enhance your curb appeal, but can also lower your energy bills, improve the comfort level of your home and reward you with a high return on your investment. Experience the difference Champion products can make for your home today! ENERGY STAR®, NSA, AAMA, Installation Experts, VSI, BBB, NFRC  …

We ordered a casement window for our kitchen. Six months and $700 later we finally received our window. It looks terrible. Every one of the plastic welds looks like it was done by an infant. Plastic is sticking out everywhere. Called the company who told me that is standard in the industry. I have several other vinyl windows and none of them look like this. Going out of my way to make sure someone doesn’t make the same mistake we did.