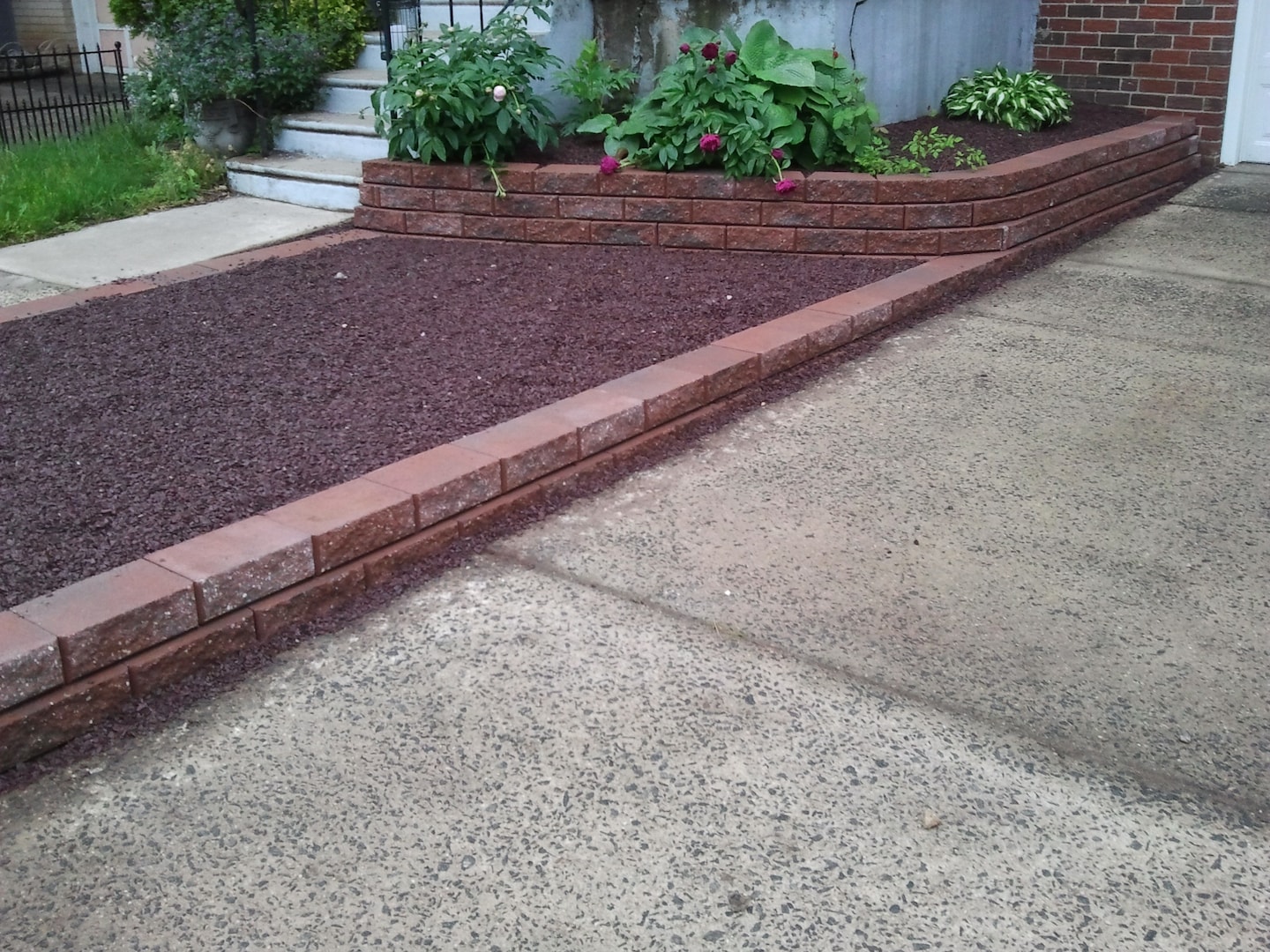 We can take care of anything for you from landscaping to roofing. Our main goal is customer satisfaction and we always make sure everything is done right! We feel we can conquer almost any feat in this industry. In keeping with this mission, we offer a wide variety of services. No job is too big or small, as we treat each project with the same meticulous attention to detail. Please call us today to schedule your appointment - 215-941-9094...

Val came out and took the time to figure out the problem. Excellent, superb work. Took his time, courteous and they do good work. He knows his stuff!

Good work good people knowable at their work and professional.

Replied that he would contact me and never did. When I contacted him he said he will come around or call me back with a quote for the job offered, but never got back

Sorry we didn't get to doing your work; remember we requested for photos of the banners; when we didn't receive the photos, we thought that you made alternative arrangements.
5.0

Excellent , I would hire him again,

good, took a while but satisfied with results.

It was a horrifying experience I went though with this contractor. I paid him $575.00 dollars for nothing. He was suppose to cut out the damage part of my ceiling, repair cracks and holes. His staff put an adhesive mesh over the cracks and holes. I had to call another contractor to do the repairs that I paid him to do. PLEASE DO NOT HIRE THIS CONTRACTOR.

THANKS FOR YOUR REVIEW; BUT EVERYONE CAN ATTEST THAT YOUR REVIEW IS SIMPLY NOT TRUE; WE GAVE YOU A PRICE TO DO A COMPLETE WORK, WHICH YOU AGREED TO, BUT LATER IN THE MIDDLE OF THE DAY YOU TOLD THE WORKERS THAT THE PRICE IS TOO MUCH, THAT THEY SHOULD PACK UP AND LEAVE; BECAUSE YOU CHOOSE NOT TO PAY THE AMOUNT THAT WAS AGREED UPON.
2.0

The service is priced 3 times other counter offer; further he did not return phone calls as promised. It was not until I posted a negative review on yelp that I got a courtesy call.

YOU MUST HAVE MISTAKEN US FOR ANOTHER COMPANY; DID YOU REMEMBER WE RESPONDED THE SAME DAY YOU REQUESTED FOR ESTIMATED; REMEMBER WE GAVE YOU A PRICE ON THE SPOT; REMEMBER OUR QUOTE WAS FOR $1000, NOT $1300. WE DID EMAIL YOU THE ESTIMATE AS PROMISED, UNESSS YOU DIDN'T RECEIVE IT. PLEASE REVIEW AND UPDATE. THANKS
5.0

Most of this guys does not give an estimate, but Jonick actually came out and gave an estimate. His work was fine and he will be coming back today to paint the part the he did yesterday, I was very satisfied with Jonick.

Jonick and Kim were super fast and efficient. We definitely would hire them again. Highly recommended!

Hey made an appointment with me and I took off from work and he never showed. Never answered my calls after that day. Extremely poor professionalism. Not a man of his word!

I didnt get contacted for over a week. We set up a date and time for an estimate and he was a no show and never called. Done.

The job was professionally done. Area was left clean and trash bags removed from the premises.

Jonick LLC did a great job of trimming our ivy. They were a little late because of car trouble, but once they arrived they did what needed to be done quickly and effectively and they cleaned up after themselves perfectly. The patio was cleaner than I left it for them and the ivy looks great.

John, project manager, was pleasant but did not write a contract for work to be done. When I asked for one, he stated "we don't do that on the limited deals through Angie's List." We walked through my requests and needed repairs, agreed that I would buy the linoleum, wainscoat and molding and that the workers would bring the required 1/2 plywood to the job. I had to ask him to repeat himself several times due to his accent. I gave him the 1st payment then. The workers, Donaldo and "Banana", arrived 2/14 - 15/2018 on time, were very pleasant and polite, but spoke also with heavy accents (Banana spoke hardly any English) and during the job they mostly spoke Spanish. They did not wear shoe booties and I have several footprints on my carpet, nor did the keep the sliding door closed when cutting the plywood and linoleum. John, the manager came the 2nd day (2/15) and Donaldo told me they would stay late to finish the work. However, after John collected the last payment, Donaldo got a call from John and was told they could not finish the job that day and would have to return! John called me after that and we agreed on finishing the job Mon. 2/26 for a few hours. All was done verbally, no receipts, they wanted to charge me for an additional panel stripping but they had also broken my floor heating vent while moving my refrigerator so I refused to pay and said we would call that an even swap for payment. On Monday 2/26 the workers did not show at 8 am as agreed to on 2/15, John did not answer my call at first. (However, the last payment check had been cashed on 2/15!) I tried another # from the business card, this time John answered and told me he had marked the wrong date in his phone calendar and Donaldo was on another job. I said that was unacceptable and why I wanted written agreements. He stated he would send Donaldo & Banana over later that afternoon to finish the work. They did come about 2 PM and finished the remaining work by a little after 5 PM. In all honesty, as I lived with their work it was not as professional nor finished as I would have liked. In the past I had done a lot of remodeling and repair on my homes, this was not the quality I would expect from professionals. It sounded like a great deal, but they only worked for 2 1/2 days (not 40 hrs), could have done a better job. I personally would take them off you list.

Description of Work
Repaired weak spots in floor in the kitchen, dining room, & main bathroom; had molding and wainscoat put up in main bathroom

Thanks for your review, which shows that you didn't tell us the truth, when you said you were pleased; otherwise, we would ensure you are happy . as regards to your request for contract; you already had a contact thru Angie's list, that provides you 40 hours man man, which equals to 5 8hour days or 20 two man's job, which equals to 2.5, 8hour days; which we completed, as you confirmed; we went out of our [Member Information Removed] to ensure you were pleased; we even took the trash that wasn't part of the deal and we didn't cheat you by any means, not with money or time. Your reason for formulating this negative reviews is a surprise and beyond our control but God knows....... You could have saved your self the aggravation, if you have indicated that you weren't pleased with any and all services we provided. we could have find a [Member Information Removed] to meet your request. Please everyone don't wait to say bad thing about a job completed for you; let the company know if you aren't happy with anything, if they fail to meet your request, that's when you could let the world know that not only did they not do a good job, but also failed to make it right.
5.0

He and his crew were on time, very responsive when we called, were very professional and did quality work

Description of Work
We had some electrical repair, installation of ceiling fans, drywall repair. and painting

He came and took the details, it was late February so said that he could do the work in the spring. He would send me an estimate. Never heard from him so called last spring and he said that he would return my call. He never did so for me that angie's list deal was wasted money.

Description of Work
I was using an Angie list special for a walkway to be redone.

Good worker who was ready, steady, and flexible, thank you!

On time and courteous. When I called to schedule service, and to ask that the caulk they applied around my bathroom walls be removed, my request was addressed promptly. The spackle on the ceiling was applied and not sanded, the backsplash is missing tiles around light fuxtures and we were left with grout or plaster on the countertops, cabinets and floor. Each job was addressed but some work will need to be redone.

Description of Work
Remove and install backsplash, spackle a crack and nail pop in a ceiling, replace a wood strip around a door, caulk a shower and tub, regrout the “line” between the tile floor and tile trim where it was missing.

Great. They contacted right back to schedule. Once our appointment was set, they showed up on-time. I met with the owner and explained what we needed done and when I returned home, all was completed and cleaned up.

Had some scheduling problems at first, but everything went well after that. They started and finished in a timely manner and the repairs look good

Description of Work
masonry work on chimney and back walkway

It went well. We had a few delays first and then I wasn't sure that the affected bricks could be remediated by just reporting and sprayed with sealant, but Jonick persuaded me doing so was the most appropriate treatment. And so, assistant Donaldo repointed, re-parged missing parging of a basement wall, and finally, with another worker, the sealant was applied to the spalled area. It all looks very good and I think there is good reason to hope that the spalling will not continue.

Description of Work
Foremost, some remediation for spalling brickwork at the front of the house; also, some re-parging in the basement; and a bit of missing mortar at a front step.

Not as expected. Mechanic was Not a good finisher.