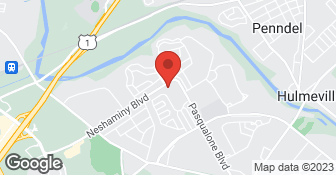 Quality Work At Prices You Can Live With We Guarantee it ! We work 7 days a week. Even in bad weather. New roofs carry a 15 year Manufacturers Warranty. Payment due upon completion....

I’m putting this review out to share my experience and to let others know and to be aware not to use this roofer if they are thinking of doing so. In September of 2019, we had contacted Larry from Reliable roofing. He sublets with Mike from 1st choice roofing. We had what we thought was a premium rubber roof put on-- per our contract. We also needed our roof looked at because our ceiling was leaking. We needed vents put in to help with air flow. About 7 months later after our roof was done- (April 2020) we got another leak in our ceiling. After much back and forth and fighting with Larry, he finally sends Mike back out to look at the roof. Mike said we needed a new skylight. Mind you we were never told this back in September even though our skylight was rotting. Since we couldn’t afford it, Mike tarred the skylight temporarily. In March of 2021, we finally had gotten enough money to replace the skylight. Mike came out and put a new one in. Then in July of 2021, 4 months later our ceiling leaked again. This time with the bad storm- the leak spread across our ceiling. It caused brown stains on our ceiling. We contacted Larry who told us its probably our chimney and that he himself couldn’t fix it and that we would have to pay someone to fix the chimney. So, we did…. Now we’re in August 2021, we’ve had more leaks with all the rain. My husband contacted Larry again. It took about 2 weeks of back and forth and fighting to get Larry to send Mike out. Mike finally just came out 8/31/2021 and mucks up my roof again. My roof looks like crap. Mike told us Larry didn’t use the premium roof we paid for (finding this out almost 2 years later). And the copper drain box was bent but Mike didn’t know why. So essentially nothing was done, and we still don’t know why we have the leaking. So now my roof looks like crap even though its only been 2 years. The problem still isn’t fixed. I’m so frustrated. This roofer uses way too many excuses and blames it not being an exact science but is ok taking all my money. I’ve spent double what I should have for work that wasn’t done. Please do not waste your time or money with this company. They are horrible.

We responded to any concerns in a timely and professional manner at all times. Weather kept us from responding any faster. To start, the chimney had cement missing everywhere. Water had to be pouring in. You would think it would be causing a leak. The skylight was neglected for so long, the curb, or platform for the skylight, rotted out. We offered to replace it when doing the job at cost. They refused. Called back months later to do it. We serviced this roof yesterday. What we found was the capping next to the drain box, had been intentionally ripped up, with a pry bar, the lifetime silicone, chiseled away and the capping pulled up with a pry bar. The pry bar marks were evident. Wind doesn't rip this up and bend it in different ways. Plus it was sealed into the copper drain box we installed. There was a 2" open gap between the ripped up capping and the copper box. Of course the roof was leaking. The roof had areas of cold coat all over it (which is a homeowners or armature roofers tool from home depot). Good roofers would never use that. It never dries and takes in water. The shingle hip, (which we weren't contracted to do and nailed back down yesterday), were all open. The party walls were flapping open from them being pried away. The marks were evident. Bottom line is, whoever they hired, went on the roof, used coal coat, and then damaged the roof. Probably looking for more work. Yesterday we repaired all this unprofessional, un-warrantied work. Hopefully the roof will be leak free. Shame I couldn't upload pictures here to show the proof of everything I explained. Our contract states if anyone tampers with this roof, the warranty is void ! We've done all we're gonna do from here out.
4.0

I hired him being the outline of the work seemed reasonable for the price. Once the day came to do the roof, I got a call in the morning about something else they found and it was an additional $325.00. I was also not told there would be a service charge to use my credit card and when I went to pay, he told me there would be a 3%.

Description of Work
I had a new roof installed.

There was never a 3% charged for credit card use. When we removed her drain box, the wood underneath was totally rotted. New wood needed to be installed. This is not something you could see when presenting an estimate. The charge for replacing the wood was more than reasonable. Not to mention, the right thing to do. We installed a beautiful new rubber roof that is leak free! Why is there even a complaint here!

Mac’s Construction is a family-owned and operated business with local ties to the community. We are dedicated to helping Brooklawn, New Jersey, and our surrounding communities grow in every way. Mac’s Construction hires well-rounded craftsmen who are skilled in roofing, siding, windows, doors, decks, flooring, kitchen installation, etc. If you are in need of our building services, we take calls 24/7 and pride ourselves on being available as much as possible to our clientele. Call us today at 856.449.3709 for a free estimate.  …

Also located in Drexel Hill, PA! BrightSide is a Fully Insured experienced and family-friendly interior and exterior cleaning services company. We work with both Residential Window Cleaning Philadelphia PA and Commercial Window Cleaning Philadelphia PA clients. BrightSide offers a variety of services including Window, Screen, Chandelier, and Gutter cleaning, as well as Pressure Washing. We're also proud to offer a variety of other services for hard to reach places.  …

At KPI Jr Exteriors, LLC we take great pride in our experience, expertise, quality, and customer service that we provide to meet the consumer's needs. It is our mission to provide excellent workmanship and complete customer satisfaction from start to completion of a project. In order to understand the needs and expectations of our customers, we take great care to work and communicate with every customer in a professional manner.  …

Reliable Roofing Company is currently rated 2.5 overall out of 5.

No, Reliable Roofing Company does not offer a senior discount.