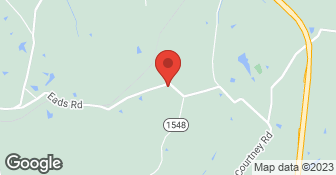 Bob Fish is a licensed master plumber, serving the Greater Cincinnati/Northern Kentucky area, with over 20 years experience in residential & commercial plumbing and sewer and drain services. I specialize in saving my customers money while solving their plumbing problems with an ideal line of products and services. ...

Fast Affordable Drain Cleaning and Hydro-Jetting. We guarantee your satisfaction and we won’t leave until the job is done right. We pride ourselves on the quality work we provide, while delivering great customer service! Check out our services offered and call or click to schedule an estimate today!  …

Bob confirmed that there was a leak in the main water line and gave me an estimate with 2 different scenarios dependent upon the location of the leak. Bob was very honest, trustworthy and reliable. He fixed the pipe that went from my basement to the area closest to my house. He installed a new section of pipe and a new main water shut off valve. He cleaned up the areas inside and outside of my house and everything works great! I'm very satisfied with the work that Bob did and the price was reasonable for the work performed.

He did a great job, very professional.

Description of Work
He replaced faucets.

This is the second time we've used Bob (the first back in March 2010). I emailed him (not directly from Angie's List or his contact page on his website) about 9pm on Feb 1st. I explained the situation and asked if he had time tomorrow (Feb 2) to stop by and take a look. I received an email early the next morning from Bob saying he might have time that afternoon and that he would call after 8am to let me know. At 8:15am Bob contacted me to let me know he had a few big jobs, but he should be able to get out to our house in the afternoon. He asked me to txt him our address, which I did. About 1:35pm I received a txt that he was on his way and it would be about an hour. Bob arrived as promised, took a look at the situation (agreed that it should be a tee valve instead of a saddle valve), gave us a quote and said it would take about an hour to fix. Sure enough, (actually less than) an hour later we had our water back on and a new tee valve to replace the old saddle valve. Bob was just as I remembered him from our first repair job 8 years ago...friendly, professional, prompt, and very fair in price. It may be another 8 years before we need service, but if Bob is still in the business, you better believe we will call him.

Description of Work
We had a leak in the water line leading to our ice maker. It was an old saddle valve in the basement that didn't completely shut off the water. When we tried to "cap it off" it was over torqued and started to leak, so we had to shut off the main water valve. We needed to repair/replace the saddle valve that was leaking with a new tee valve.

Bob and his son did a great job fixing the problem. They were very nice and took time to thoroughly explain the problem and the fix for it. Their charge was very reasonable. I will definitely call them again if I have any other plumbing problems.

Had toilet unclogged in master bathroom. Job took less than an hour. Bob and his son, Robert, were punctual and both extremely friendly and professional. There was no mess left behind and I felt completely comfortable with them in the home. Couldn't recommend enough.

Description of Work
Down Spout fixed and piping replaced.

Excellent Job! We have used Bob in the past and will continue to call him for all of our plumbing needs. He is very responsive, provides quality work, extremely professional.

Showed up as scheduled, performed the work in the expected time frame. Will use Bob in the future for our plumbing needs. Provided warranties for his work and parts. Very happy!.

Description of Work
Replaced sump pump. Old one failed on Sunday and Bob was her on Tuesday morning to prepared to fix or replace. Very professional and honest about what needed to be done.

It needed an unusual hard to find part but he managed to get what was needed and come back the same day. Very polite and professional. Appreciate his honesty and will definitely call Bob in the future when we have any plumbing issues.

Description of Work
Bob fixed a leak under our kitchen sink.

Timeliness, price, and expertise were all excellent. We had tried to clean the lines ourselves, using a plunger, liquid drain cleaner, and finally a plumber's snake. The line was really clogged and it was apparent we couldn't handle it. Mr. Fish responded to us on a Sunday, early afternoon. He had to remove the sink trap and run his pipe-cleaning snake about 30 through the line to finally clear it. He was here a little over an hour, plus his emergency call, and only charged $135.00. Nice guy, very honest and very reasonable. He'll get our business in the future!

Description of Work
Cleaned out a stopped-up kitchen sink.