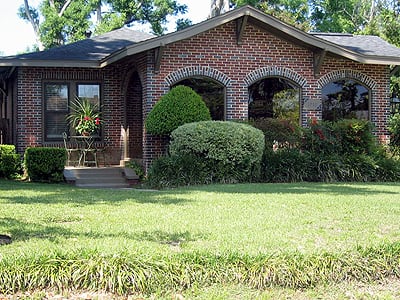 Pensacola takes pride in its cultural diversity, having once flown the flags of Spain, France and England at some period during its history. Locals display a strong sense of community and rely on Angi to find service providers to help with home maintenance and improvements.

Neighborhoods in Pensacola Beach are sought after because they cluster on white sandy beaches on the shores of Pensacola Bay. In contrast to the laid back appeal of the beach, downtown Pensacola is steeped in history. The Historic Village is a showcase of the area's past while the Naval Air Station, home to aerobatic daredevils known as Blue Angels, reflects the city's strong military ties.

Outdoor summer concerts, air shows and stargazing activities are some of the annual events marking the changing of the seasons in this place where the climate is mostly mild. Various fall festivals salute Pensacola's multicultural heritage. These long-running annual events include the Seafood Festival, Greek Festival, Gulf Coast Arts Festival and Gallery Nights for art enthusiasts.

With so much going on, residents are committed to their hometown, and it shows. When it comes to property improvements, Angi is a go-to source. Join Angi Pensacola.

Top pros near you in Pensacola