Is Your Home Built With Toxic Drywall?

Know what to look for when determining if the drywall in your home is safe or a hidden toxin.

Toxic drywall can be a dangerous health hazard for anyone living near it. There are several ways you can determine if your drywall is safe, but the most comprehensive way is to contact a drywall contractor to assess the material in your home. A professional will have the right equipment and access to proper testing facilities to ensure your family’s safety.

Do you have defective drywall?

• An installation date between 2001 and 2009• Chinese markings may be an indicator. All drywall made in China is not toxic, but it’s a good indicator for suspicious material.• The copper wiring in electrical outlets or on appliances as well as the evaporator coils of an air conditioner have turned black. 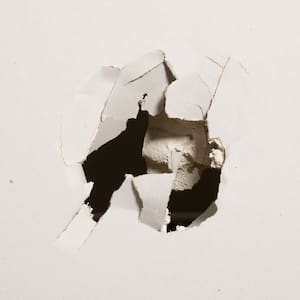 Does Your Home Have Chinese Drywall?

Chinese drywall is believed to be responsible for damaging hundreds of homes and creating possible health problems.

Though a drywall contractor can professionally inspect your home's drywall and give you an official diagnosis, there are some indications that your drywall may not be safe. Signs to watch out for include:

There are also health issues that you need to recognize that might be attributed to potentially toxic drywall. If the drywall can corrode wire and tarnish silver, it can irritate the mucus membranes of humans and pets. Some indications include: nose bleeds, frequent respiratory problems including coughing and sinus problems, headaches and rashes. Be on the lookout for a rotten egg odor which comes from the gasses released by the sulfur inside the drywall.

According to the Associated Press, Knauf International reached a settlement in November 2011 and agreed to payback contractors for using the allegedly tainted Chinese drywall, which was primarily used in Florida, Texas, Louisiana and Mississippi homes. Some of this drywall may be marked with the Knauf name.

Toxic drywall can be very dangerous to the health of you and your family, pets and expensive appliances. The safest course to take if you suspect any of the symptoms or indications is to contact a professional drywall contractor as soon as possible and have your walls inspected.

Editor's note: This is an updated version of an article originally posted on Feb. 13, 2012.

12 Different Types of Drywall Textures and How to ID Them

Popcorn makes a great snack, but did you know it’s also a wall design?