Written by Kim Hopkins, owner of the Electric Connection

Don't know if your home is grounded? Get a test.

You can find a highly rated electrician on Angie's List who can ensure your home’s electrical system is safe. One important step was to ensure that its wiring is properly grounded.

What is electrical grounding?

Grounding adds a safety factor for your family and your electronics. Here's how it works:

Electricity travels the path of least resistance. If an appliance like a toaster breaks, electricity can flow to the metal outside of the toaster.

Touching it could result in a serious shock, causing injury or even death. But if the electrical system is grounded and the toaster is plugged in with three prongs, the electricity won't flow to the outside of the toaster. Instead it will flow through the third prong back into the wires and harmlessly into Mother Earth. Thus, the term "grounding."

Grounding protects not only people but also sensitive electronics. Without grounding, electrical charges build up in wiring and create slight but continuous damage to delicate electronics. This damage can shorten the lives of computers, phones, any electrical appliance that has "smart" (computer) components and possibly your fridge or dryer. 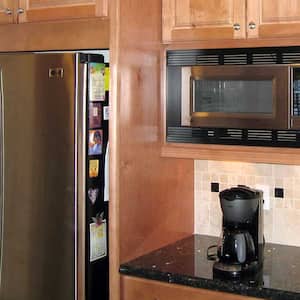 Electrical Shock Hazards in the Home

How do I know if my electrical system is grounded?

Without an electrical ground tester, it's hard to know. Homes built before 1950 were sometimes grounded. Homes built after 1950 were usually grounded. If your system was originally grounded, wiring mistakes may have rendered the grounding ineffective. Even if your home has electrical outlets that accept three prongs, this doesn't necessarily mean that your electrical system is grounded.

A handyman or do-it-yourselfer may have installed these outlets without making sure that your wiring has a grounding device The only way to know for sure is to have a qualified electrician check out your electrical system with a special tester.

Kim Hopkins has been an electrician in Los Angeles since 1979. His company, The Electric Connection, is a leading electrical contracting company in the LA area. Hopkins has conducted trainings on electrical safety for home inspectors throughout Los Angeles. His company offers homeowners and businesses free safety checks, including for grounding, with any job.

As of Jan. 8, 2016, this service provider was highly rated on Angie’s List. Ratings are subject to change based on consumer feedback, so check AngiesList.com for the most up-to-date reviews. The views expressed by this author do not necessarily reflect those of Angie’s List.

Do you know if your system is properly grounded? Tell us about it in the comments below.

Editor's note: This is an updated version of an article that was originally posted on Sept. 30, 2011.