How to Stop Moles from Wrecking Your Lawn 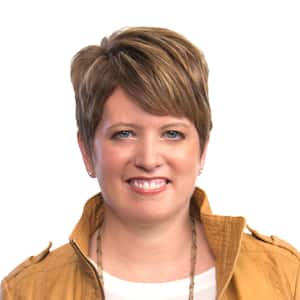 The burrows and mounds moles create cause big problems. Learn how to get rid of moles.

Dear Angie: Moles have invaded my yard. What can I do? — Cynthia E., Beaverton, Ore.

Dear Cynthia: Well, you could take it as a compliment, since moles like lawns with healthy, moist soil brimming with earthworms. But no doubt you’d rather get rid of these little earthmovers.

Though moles weigh less than half a pound, are usually only about 6 inches long and see poorly, the burrows and mounds they create cause big problems for people who care about their property. Moles tend to detach grass from its roots as they dig in search of grubs, worms, insect larvae and nesting material. Also, their tunnels and mounds can be unsightly and even cause a twisted or broken ankle.

Top-rated pest control pros tell our team that homeowners should be careful about putting out chemicals, especially if children or pets use the yard, and should be skeptical of devices that claim to scare off moles with vibrations.

They say trapping is the most effective mole removal method. They’re most likely to tunnel near the surface in the spring and fall because they go deeper in summer, seeking moisture, and in winter, seeking warmth. One pro said he places multiple traps so moles don’t just escape to another section of yard. It takes two to four months to eliminate multiple moles, he says, and his practice is to check traps every week or two.

Service providers often charge separately for placing traps, from $50 to about $160, with an additional fee for each animal caught. Prices we’ve seen range from $35 to $79 per mole.

If you’d rather not trap moles, you could try ways to make your yard less appealing to them:

Avoid overwatering. Moles prefer moist soil and are often attracted to land near a river or wetland.Use rocks instead of wood mulch. Mulch helps retain moisture and, as it decomposes, attracts the insects and larvae that moles love to eat.Remove stumps, as they also attract insects and larvae as they decay.You can try a barrier, such as sheet metal, brick or wood, that sits both above the ground and at least 2 feet below, but moles will likely just tunnel around it.

Angie Hicks is founder of Angie’s List, the nation’s most trusted resource for local consumer reviews on everything from home repair to health care. Follow her on Twitter at @Angie_Hicks.