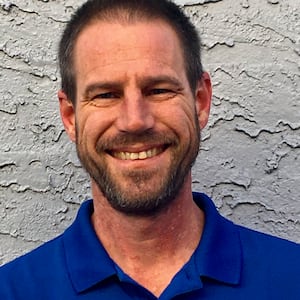 Moles in your yard are seldom seen—but you can’t say the same about the damage they leave behind. If your yard is suffering from inexplicable mounds of dirt, shallow tunnels, damaged grass, or even damaged shrubs, you may be facing a yard mole infestation.

Other than the unsightly damage they cause, moles aren’t all that bad. In fact, having a mole problem is a pretty good indicator that your lawn is quite healthy. Moles churn up nutrients in the soil, aerate hard ground, and eat underground insects that can harm grass. But if you want to know how to get rid of moles, there are humane solutions you can try.

What Is a Mole?

A number of kinds of pests can invade your yard and cause damage. Occasionally, groundhogs, chipmunks, mice, and other rodent-like animals are mistaken for moles, mostly because of the kinds of damages they can do to a lawn.

Here are some interesting facts about moles:

The animal most often confused with moles is the vole. But there are many differences between moles and voles. Like moles, voles spend much of their life tunneling underground. Voles, however, are rodents, that only eat plants and their tunnels are closer to the lawn’s surface, which makes them distinguishable from a mole tunnel.

Getting rid of moles is a different process than getting rid of voles due to the nature of their diet and habits. An animal removal professional can spot the differences if you’re having trouble, and can also take care of the problem if needed.

How to Get Rid of Moles

Getting rid of moles is much like getting rid of any other yard pests. Effective methods of removing them from your property exist with or without using lethal tactics. Killing moles is effective, but not always safe or humane.

States and localities across the country often regulate and sometimes restrict the use of poisons and lethal traps to eradicate moles. However, natural, humane removal methods can be just as effective at removing them.

Simply convincing the moles to leave is an effective way to get rid of them. Although, some patience is required. Moles aren’t big fans of discomfort. Offering them unpleasant smells, sights, and conditions is often enough to humanely get rid of moles.

Here are some ideas to try:

Like most of us, moles don’t like to go hungry for too long. Removing their food source is very effective at forcing them to look elsewhere for food and leave your yard alone.

Try one or more of these methods to disrupt their dinners:

Several methods of eliminating moles are available to residential homeowners. You can use live mole traps and, when caught, release the critters well away from your property. However, if you decide to use harsher methods of removal, follow safety precautions.

Warning: Poison baits, sprays, and powders designed to get rid of moles can also pose a danger to children, pets, and local wildlife and birds. Be certain to follow all of the product instructions on the package. Making life unpleasant for moles is a more natural and humane mole removal solution, and is generally the safest bet for all parties involved.

Mole Prevention Tips for Your Yard

Once your yard’s mole population has diminished, there are a number of ways to keep them from coming back.

When Is the Best Time to Get Rid of Moles?

If you choose to DIY your yard’s mole problem, the best time of year to get rid of them is during the spring and fall, when the weather is less than scorching hot and moles are more active. Moles like to keep cool, tend to dig deeper, and are less active during the hot summer months. 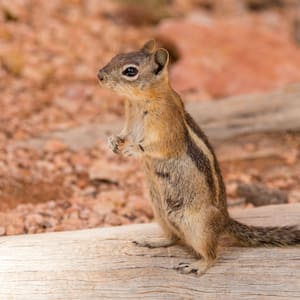 9 Humane Ways to Get Rid of Chipmunks

All the satisfaction of pest removal without the guilt

How Much Does Mole Removal Cost?

Although moles aren’t dangerous to have around, they do cause damage. Getting rid of them yourself is not too difficult, but it does take some time and effort. Sprays, traps, smelly things, and anything else you need to get rid of them and keep them away, will cost only elbow grease and around $80.

However, we certainly understand if dealing with these pests isn’t how you’d like to spend your weekend downtime, and you’d rather have professionals take care of it. If that’s the case, a trained exterminator has more experience, access to better tools and supplies, and can help with other pest issues as well.

For an average cost of $250, a pest control company near you can get rid of a normal mole infestation and offer services to keep them away also.