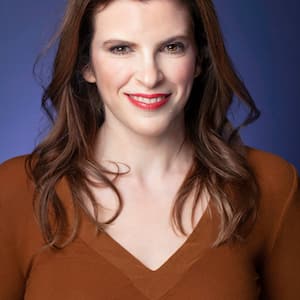 When you cook, your gas stove (and your soon-to-be dinner) sends heat, odors, and humidity into the air. Enter kitchen exhaust fans, also called kitchen hoods, exhaust hoods, or range hood devices. These motorized fan systems are located above ranges or stovetops and help capture these emissions to help ensure your home’s air is as clean as possible.

Read on to learn more about how this useful kitchen ventilation system works.

Just like a bathroom vent, your kitchen fan filters air from the room outside. Without it, you’d have to cook in a cloud of smoke and grease—which is no good for air quality or overall kitchen odor (you know, those dinners you smell for the next two nights).

Most kitchen exhaust hoods (the part that houses the fan) are installed between 24 and 30 inches from the stovetop. When you cook, just flip a switch to begin circulating air up and out. If an exhaust fan is ducted, it will funnel contaminated air into a duct and then release it outside. If an exhaust fan is ductless, it will purify the air via a filter and then recirculate it indoors.

Why Kitchen Exhaust Fans Are Essential

Cooking can reduce the air quality inside your home in several ways.

Exhaust fans address all three issues by removing pollutants and moisture and cooling down your space. Although kitchen-renovators often overlook these devices, exhaust fans provide homeowners with significant benefits.

Do I Need a Kitchen Exhaust Fan?

If your kitchen is plagued by excessive fumes, air, and grease, an exhaust fan is a must-have. Some local building codes even require them. But regardless of law, it’s a wise idea to add one to prevent kitchen messes. Gas cooktops in particular emit pollutants that aren’t the best for our indoor air quality. And excess moisture can cause structural damage over time, especially in common rooms like kitchens and bathrooms.

Ducted (or vented) kitchen exhaust fans are generally more effective than ductless (or recirculating) fans. That’s because they expel heat, moisture, and contaminants into the outside air. Although ductless exhaust fans include powerful filtration systems, they merely recirculate the air.

However, ducted exhaust fans do have some downsides. This type of system is pricier to purchase and install and runs on average between $250 to $500 to install ductwork to the exterior of your home. This cost is in addition to the average kitchen exhaust fan price around $750, according to HomeAdvisor.

If your cooking surface is located on an island, it will cost more money to run a new duct that vents to the outside of your home. Expect to spend $10 to $20 per linear foot for new ductwork, so the greater the distance the ductwork needs to run, the higher the price. Or, if you live in an apartment or a home without existing ductwork, opting for a ducted system might be above your budget. After all, you’ll need to spring for more linear feet of ductwork.

Plus, a ducted exhaust hood won’t work in every kitchen design-wise. For instance, if your kitchen has a low ceiling, a hood might not fit or might make your space feel cramped.

Many exhaust fans are updraft, meaning they pull heat, moisture, and air particles up and into a hood located above the cooking surface. Updraft exhaust fans can be ducted or ductless, though they are more often ducted.

Other exhaust fans are downdraft. These devices pull contaminated air down through a vent located in the middle or back of the cooking surface and funnel it outside via a duct. Downdraft exhaust fans can also be ducted or ductless.

Whether ducted or ductless, range hoods consist of a skirt or capture panel (to contain rising gases), a grease filter, and a fan.

Since putting in a kitchen exhaust fan is complex and involves both HVAC and electrical work, it’s best to hire a kitchen appliance installer. They’ll check your local building codes, which may dictate where you can place such a system and other installation considerations.