How to Clean Your Garbage Disposal and Keep It Smelling Fresh 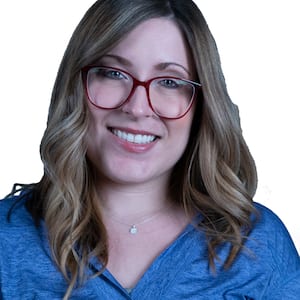 Your garbage disposal kindly obliterates kitchen scraps, forgotten leftovers, and everything else you no longer want to see (or smell). Still, gunk and grime can build up over time and smell way worse than anything you ever put down there. Give your hardworking disposal the TLC it deserves with this simple procedure.

1. Cut Off Power to the Garbage Disposal

First thing’s first: unplug your garbage disposal before attempting any manual cleaning. The last thing you want is for the disposal to activate while you’re knuckle-deep under the splash guard. If you’re not able to locate the plug, head to your breaker box and cut off the circuit your disposal is on. Always flip on the switch for a test run before proceeding to the next step.

Your splash guard, also called a baffle or a gasket, consists of soft rubber flaps at the top of the disposal. While highly effective at keeping out stray silverware, caps, and anything else that shouldn’t go down the disposal, its crevices can trap icky waste particles and gag-inducing odors. Scrub it vigorously with a scrub brush and some soapy water (or an old toothbrush in a pinch). Be sure to get the underside of the flaps to free stuck-on slime and gunk. 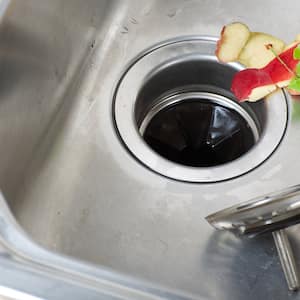 How Much Will It Cost to Install a Garbage Disposal?

You'll spend anywhere between $55 and $950 for new garbage disposal installation, depending on whether you plan to DIY the project or hire a pro

3. Remove Any Objects or Debris

Shine your flashlight into the disposal and see if you can spot small objects or leftover debris. Use tongs or needle nose pliers to pull out anything you see.

Note: Never stick your hand into the disposal, even if it’s unplugged. While it’s not going to make mincemeat out of your unsuspecting digits, it could still cut you pretty bad.

Take about one-half cup of baking soda and pour it down into the garbage disposal. Let that sit for about 30 to 45 minutes to neutralize tough odors.

5. Pour Vinegar into the Garbage Disposal

Once you’ve let the baking soda sit for a while, pour a cup of vinegar in. Just like those DIY volcanoes from your school’s science fair, the mixture will froth and bubble up. Aside from being entertaining, this will help loosen up any stubborn residue.

6. Keep Up with Routine Maintenance

When you’re not doing deep cleanings, you can do a quick refresh by tossing a few ice cubes down the garbage disposal, as well as some lemon or orange peels. Keep the cold water running and let your disposal go to town. The ice will help keep the blades sharp, while the citrus peel will leave behind a fresh aroma.

When to Replace a Garbage Disposal

If you’ve done all you can and your disposal still smells like something crawled down there and died, it might be time to front the cost for a new disposal. Deciding between repair and replacement can be a tough call, but replacement usually makes the most sense for old units and deep clogs. Get in touch with a top-rated plumber near you or a local handyperson to get things up and running again. 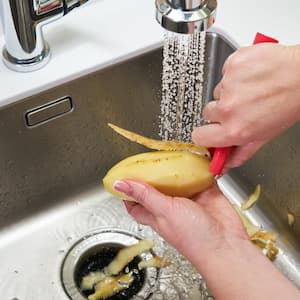 How to Install a Garbage Disposal and Remove an Old One

Washing the dishes is about to get a whole lot easier