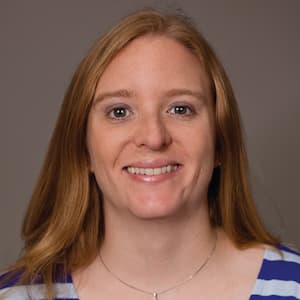 Contrary to when the calls typically start coming in, the best time to get a chimney inspection or cleaning occurs in the spring or summer, says Ashley Eldridge, director of education for the Chimney Safety Institute of America.

Some sweeps and inspectors also offer discounts during the warmer months when they’re less busy. “Then homeowners have the summer to do masonry repairs,” he says. “[Homeowners] can be prepared and have confidence in their fireplace come fall.”

The CSIA recommends getting annual inspections for wood-burning fireplaces and stoves, and Eldridge says cleaning logs are no substitute for regular inspections by a chimney sweep. Smoke entering the house, followed by water seeping in, are the most common problems that homeowners experience with faulty chimneys, he says.

While Bert from “Mary Poppins” won’t dance his way into your house and leave a trail of ashes behind, highly rated chimney sweeps say they use advanced tools to keep messes contained and examine all the crevices in your chimney and fireplace.

“You can feel in your brush if there’s an issue,” says Rebecca Derendal, owner of highly rated Arizona Chimney Sweep in Phoenix. “The chimney sweep brush is our chimney sweep’s eyes. What has modernized the whole thing is the vacuum. It’s a high-powered vacuum with a dual filtering system so nothing can pass through into the home.

“Dick Van Dyke gave us so much visibility, but the old dirty chimney sweep is a thing of the past,” she adds.

• Obstructions such as leaves, animals and excessive creosote buildup

• Missing chimney cap or spark arrestor, both of which can leave open holes to the outside.

Angie’s List members John and Sue Inhulsen of Adrian, Mich., say their fireplace deteriorated after not being used for 30 years. “Our youngest child is allergic to the mold that naturally occurs in wood, so we stopped using it,” John says.

Before lighting a fire during Christmas family gatherings, he called highly rated Doctor Flue of Tecumseh, Mich., to do a safety check. A camera inspection revealed spider cracks throughout the flue, and the Inhulsens paid $3,200 for a cleaning and repairs, which included a stainless steel liner insert, new damper, new screen and secure cage outside the house.

Kevon “Doc” Binder, owner of Doctor Flue, says inserting a steel liner is one of the most common fixes his company performs. “People call us because they’re concerned with their safety, or they have possible damage such as a leak,” he says, adding most homeowners don’t have the knowledge or tools to perform a proper fireplace inspection.

“It should be inspected by a certified pro,” Binder says. “It’s not just looking up to say, ‘Yes it’s clear, or no, it’s not.’”

Many chimney problems develop over time through water damage, cracks, creosote buildup or animals nesting in the chimney.

When hiring a sweep, look for and verify the provider is a member of the CSIA, based in Plainfield, Ind., highly rated providers say. According to the CSIA, inspections should range from $100 to $300 across the country.

In addition to running a camera up the chimney from inside a house, inspectors should climb onto the roof to inspect the inside of the chimney and around it, as well as take pictures to show the homeowner, Binder says.