Been left in the dark in your own home lately? A generator might be a wise investment and save some headaches.

Indianapolis resident Joseph Schafer got so tired of losing power in his house that he hired White’s Electrical in Indianapolis to install a permanent, standby generator outside his home.

“There are a lot of trees around my house,” said Schafer, who estimates he loses power at least once a year. “So, I’ve just always worried about trees falling and downed power lines. We don’t have a gas furnace or a fireplace, so without power we would have to go somewhere else.”

Coastal regions have long dealt with power outages due to winter and tropical storms, and permanent and portable generators are household staples there and other parts of the country where homeowners just can’t count on a steady supply of electric power.

Electric experts credit storm and personal data worries and the need to keep medical equipment running for an uptick in generator sales. Even storms as far away as SuperStorm Sandy have had an effect, they say.

Power outages that occur over a long period of time can cause pipes to burst in the winter; sump pumps to fail and basements to flood during heavy storms. In the summer, homes can become almost unlivable without air conditioning, food can spoil and medical devices can stop working. Regardless of the season, people who work in home offices face the potential of lost data or work product.

“Having a generator gives you uninterrupted power so obviously, there’s a convenience factor,” said Chris Hinesley of Indianapolis-based Hinesley Incorporated. “In regard to the safety end of it, the winter months you won’t be stranded in your own home if you have a generator, and you can do quite a bit as far as preparing food and providing water for yourself.”

“It’s hard to gauge (the increase in sales),” said Bruce “Bud” Dowdy, president of Dowdy Electric Company in Indianapolis. “I think people are becoming more aware of the units and realizing generators are dependable and affordable.”

Hinesley said he noticed about a 10 percent increase in generator sales last year. Many of those purchases came from people who work from home, he said.

“More people are working out of their home,” Hinesley said. “It makes sense because of company files.” 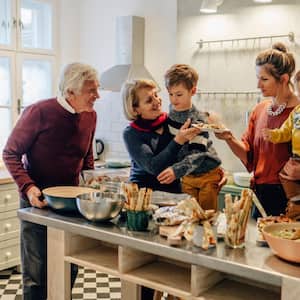 Do You Need a Generator for Your Home? Here’s How To Tell

Is adding a generator the ultimate power move for homeowners?

Permanent generators should have an automatic transfer switch wired directly to the home’s electrical box and programmed to automatically switch the power from the utility to the generator in the case of an outage. They generally cost about $7,500, Dowdy said, which does not include installation. These units appeal primarily to homeowners who either don’t want to risk power interruptions or can’t because they rely on medical equipment like a home dialysis machine. 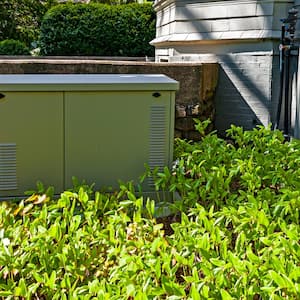 Avoid Electrical Disasters and Hire an Electrician for Generator Installation

Another consideration is risk, Hinesley said. Areas that get electricity via buried power lines are generally at less risk of power outage that those served by overhead power lines that can be downed and stay down for days by ice or other weather issues.

Dowdy, meanwhile, urged people not to use “amateurs” when installing generators, adding his company has been called out numerous times to fix installation mistakes. Find an electrician who is licensed, insured and qualified to install generators.

Editor's note: This is an updated version of an article that originally published Sept. 24, 2013.