What Is R-410A Refrigerant and Is It Still in Use?

Switching to a new HVAC system is inevitable—especially if your system is approaching its 15-year lifespan. If you need to install a new air conditioner, choosing an R-410A refrigerant is more environmentally friendly, and compared to R-22, it saves money in the long run. Here’s what you need to know about R-410A and how it compares to other refrigerants.

What Is R-410A Refrigerant?

R-410A is a refrigerant that goes inside your air conditioner or heat pump to cool the air before it gets released into your home. The refrigerant works by absorbing the heat and switching from a gas into a liquid.

From there, the refrigerant goes outside, and the system’s fan cools it back into a gaseous state. The indoor fan cools the air even further and pushes that air into your home.

R-22, also called R-22 freon, was used in most air conditioners manufactured before Jan. 1, 2010, to cool the air inside of air conditioning systems. Though R-22 did a great job at keeping the insides of homes nice and cool, its effect on the ozone layer had the opposite effect on the planet as a whole.

The hydrochlorofluorocarbon (HCFC) chemical used in the refrigerant depletes the ozone layer, allowing ultraviolet radiation to beam down on the ecosystem. Not to mention, R22 is toxic and can cause respiratory illnesses like shortness of breath and light-headedness.

To eliminate ozone-depleting HCFCs, the Environmental Protection Agency phased out the use of R-22. In addition to banning companies from manufacturing and importing these units in 2010, the EPA phased out 90% of R-22 coolant in 2015. It was completely banned on Jan. 1, 2020.

The R-410A refrigerant quickly took the place of R-22 coolant, toting a high-efficiency and environmentally-friendly upgrade. Today, most systems use this new coolant, which is chlorine-free and absorbs and releases heat better than older AC units.

However, while R-410A lacks chlorine, which many thought contributed to higher ozone deterioration, the refrigerant still has a high global warming potential (GWP) of 2,088.

R-410A is a perfectly good refrigerant, but there’s a new product on the market: R-32 coolant.

R-32 has only one-third of the GWP than R-410A, uses 20% less refrigerant, is easier to recycle, and is more efficient. These qualities make it an even more environmentally-friendly alternative for keeping your home comfortably cool. This refrigerant’s GWP is only 675, compared to R-22’s 1,810 GWP and R-410A’s 2,088 GWP, which are high global warming potentials in comparison. 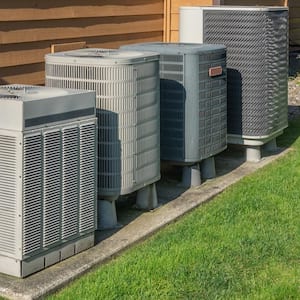 How Much Will It Cost to Add R-410A Refrigerant to My AC?

How Much Does It Cost to Install an R-410A Unit?

The price of your R-410A unit will vary depending on a few factors, such as size and materials, but the unit’s seasonal energy efficiency ratio (SEER number) is the biggest cost factor. The higher the SEER rating, the more energy-efficient the air conditioner. The current national minimum standard is 13 SEER in the North and 14 SEER in the South, but HVAC standards are changing in 2023, and all regions will require a SEER rating of at least 14.

Based on the SEER rating, here’s how much you can expect to pay for your R-410A unit and installation:

R-410A units come with a high price tag, but this price tag doesn’t compare to the cost of refilling an R-22 unit and paying for maintenance and repairs of an outdated system. Since R-22 is limited to licensed professional services for existing HVAC systems that still use the refrigerant, it has a high price tag of $180 to $600 and is likely to increase over time as supplies continue to decrease.

Though you might not need to replace your refrigerant often (after about 12 to 15 years), your unit will start to perform less efficiently, require maintenance work from a local HVAC contractor, and possibly need a new refrigerant. When this happens, the last thing you want is to spend thousands of dollars on repairs in the summer heat!

Many homeowners may want to simply swap out refrigerants and avoid the cost of a new unit entirely, but R-410A is incompatible with R-22 due to its higher operating pressure. 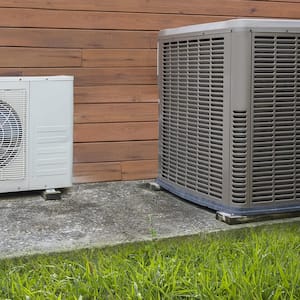 Is Too Much Refrigerant in Your AC a Problem?

Look Out for EPA Loopholes

Be aware that some A/C manufacturers found a loophole in the EPA regulation that prohibits them from making and shipping units that contain R-22—they simply make the unit and ship it without the refrigerant!

Referred to as a “dry charge,” a homeowner can purchase the air conditioner and hire a local HVAC pro to add R-22 during installation. While this sounds convenient, this loophole involves finding out where to buy R-22 freon and preparing to pay the added cost.

Avoid scams that cost you in the long run by contacting a reputable HVAC company near you to find the latest and most environmentally-friendly HVAC system for your home.