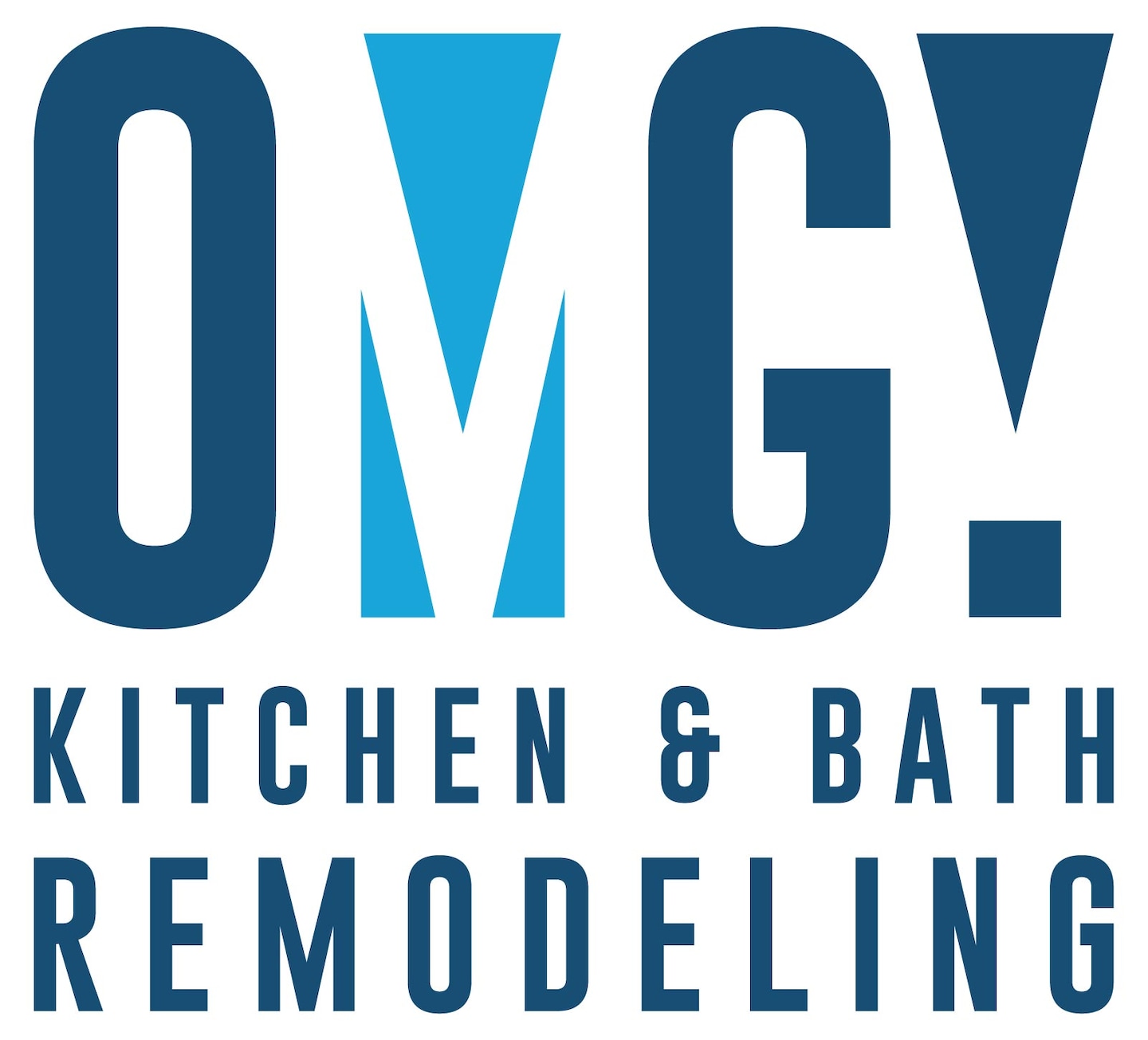 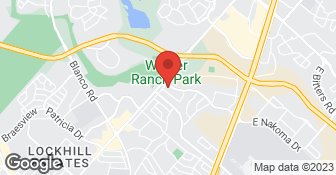 We are a locally owned and operated San Antonio remodeling company offering kitchen & bath remodeling services. We are licensed and insured and look forward to serving you. We pride ourselves on our ability to understand the vision of our customers, our ability to stretch any budget through material choice, and our expert professionals who do things right the first time. Looking to renovate your kitchen or bathroom? Let us design and build your dream kitchen or bath....

33% off - Kitchen or Bathroom Design Consultation with Plans…

This was a very expensive undertaking, so understandably we were very selective with the companies we interviewed and ultimately selected for our remodel. From the first time we met, they put us at ease and made us feel we were their only clients. We were kept informed throughout the work, they stayed within budget and timeline and were incredibly professional. Every worker was respectful of our home and us. We would, and will, use them again and highly recommend them to anyone.

Excellent service. They were reliable, great prices and professional. They did a very high quality work in a timely manner and I was satisfied with the service.

They did a good job because they clean up after themselves.

Description of Work
They remodeled and repaired my house.

The owner David is excellent. He talked to us, his workers were polite and clean. The job was finished beautifully with attention to detail.

Description of Work
They remodeled kitchen. They totally remodeled with the flooring and cabinet.

Hey [Member Name Removed], I apologize, that Is my fault. I am the owner and get the e-mail messages that come from Angies List and I over looked yours. Again, my apologies.
5.0

Everything went well. Mr. Palomo and his workers were prompt and arrived on time everyday. When Mr. Palomo needed to make a change, he'd call before. He was great at communicating with us and listening to all of our needs. Overall it was a great experience working with Mr. Palomo. The plumbing took a bit long, but we were all patient and understanding with one another.

Description of Work
A wall between the washroom and kitchen was removed, and the kitchen was remodeled. The cabinets were replaced with white ones and quartz countertops and white backsplash were installed to match the cabinets. The refrigerator and stove were moved to opposite sides of the kitchen, and next to the fridge, the washer and dryer were placed. New porcelain floors were also installed.

I had Paul doing the work. He did work that was just phenomenal. I had a large mirror that had been removed from a bathroom that was glued leaving a ridge on the wall. Paul was able to scrape off the remaining glue ridge left by the people who removed the mirror. He re-textured wall all the way so you can't ever tell it was there. Then he painted over it. Just spectacular. He is extremely careful to tape off all desired locations as well to not over paint. I'd recommend Paul to anybody. He's honest, cleans up right afterward, incredibly knowledgeable and helpful. Paul will be my only handyman. The pricing was extremely fair.

Description of Work
He painted where he had to reapply spackling where some shelves had been. Then re-spackled to smooth then painted.

I'm not completely happy with it. One should make sure the piping is brand new and not used. The workers were good and they were friendly and efficient. It's just a couple of things they could have done better. The tiling they did was great, the remodeling part was great, the one bathroom was great but the plumbing that they put in the second bathroom was very bad. When I first turn on the water in the tub I got a lot of rust colored water coming out and I told them but they said it just needs the pipes blown out and it has been a year and it's still happening. I'm too disgusted with them to even call them because I know if I do they are going to say they've got to tear out some of the bathroom walls again.

Description of Work
They did a remodeling job on our bathroom. They did two bathrooms and they did some electric work and they tiled the rooms too.

My house was built in 1938, so it was difficult finding anyone willing to work on the 78 year old kitchen counters and backsplash. We wanted to maintain the integrity of the kitchen with it's vintage look, and Dave Palomo (owner) and his crew did a fantastic job. Although there were a few hiccups with the job (special order quartz countertop and tiles which delayed the start of the project), the work performed was beautifully done. The new quartz countertop and tile backsplash look amazing. Other than an issue with punctuality, Dave is very personable and easy to work with. He listens to what you want and does his best to comply.

Description of Work
waiting on bid. He was very professional.

The remodel was done in a timely way and turned out great! People ask who did it!

Contacted OMG Kitchen & Bath Remodeling late night by email (found on Angie's List) Recevied a return email and call the next morning. David Palomo was willing to work with us and understood the importance of time and date of completion. The work was done and came out great, we appreciated the willingness to work with our time . The work experiences was GREAT.

Dave and his crew have always been polite and professional. My home was built in 1976 and the master bath left much to be desired. The vanity area was attached to the master bedroom and the toilet/shower area was a very tiny room that was closed off by a door. I wanted a one room master bathroom that was completely separate from my bedroom. Dave was able to remove the tub and had his crew raise my shower head to 7', move my tub drain to the center of the shower floor and increase it's size, built a corner shower bench and a cubby hole in my new tiled walk-in shower (a change I asked for after they had started work). The tiled shower with included curb reaches my ceiling. They also removed old tile on my floor and replaced it with new tile. When I noticed that the wrong tile was laid down on the floor, I immediately brought it to Dave's attention. The very next day, the wrong tile was removed and the correct tile was placed down, no questions asked. They removed the door frame where the original shower room door was and created an entrance way. They built a new doorway and frame where the vanity opened into my bedroom and attached a new door. This separated the bathroom from my bedroom and created a sound and light barrier that was a constant issue previously. They also removed the "popcorn" type ceiling in my bathroom and created a more modern smooth look for me. Dave's crew then relocated the old and very outdated light to a more centered area in the vanity room. I did not have them paint, but they did ensure all my walls were paint ready so there was no prep I had to do on my part. I purchased a new toilet after all the work was completed and final payment given. I was supposed to have purchased it prior and they were to install it, but I was unable to. Despite this, Dave and his crew came back to my house and installed the toilet after the fact for me. Not only that, without asking and to my delight and surprise, they also installed the newly purchased door handles and lock for my bathroom door....to which I did not ask them to do, it wasn't in the quote/invoice and Dave graciously did not charge for. I could not be any more pleased. He has once again gone above and beyond.

After fielding out a couple of estimates, I choose Alamo City Handy Men based on David Palomo?s competitive pricing and enthusiasm to take on the job. I was not disappointed. He presented me with options and gave the pros and cons of each and did not try to force me into a specific solution. Alamo City Handy Men gutted the tub area down to the studs and pulled the drain out away from the wall to more of the middle of the shower. Then two guys on his crew worked on the drain pain and the walls of the shower. They worked efficiently and occasionally asked for my input on how I wanted the finishing details on the tile. I felt comfortable with them working in my home. My new shower looks great and I would certainly use Alamo City Handy Men again.

Description of Work
Remove old bathtub and water fixtures and replace with walk in shower with tile surrounds and flooring.

OMG Kitchen & Bath Remodeling is currently rated 4.8 overall out of 5.

Are there any services OMG Kitchen & Bath Remodeling does not offer?