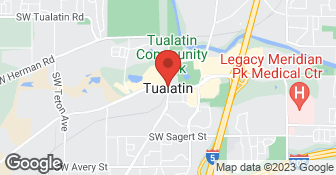 The Craftsmen of Creative Kitchens strive for the highest standards of quality and performance. We allow the proper time between projects so that we can finish in an unhurried, professional manner. We specialize in refinishing and refacing kitchen cabinets and we have over 75 years of combined experience....

We offer cabinet refinishing and refacing. Right now painting is ever so popular, the most popular request we get from clients is to paint their kitchen, upgrade their cabinet hinges and hardware to create a whole new looking kitchen! We also offer cabinet refacing!  …

A Cut Above Woodworking

A Cut Above Woodworking has been serving the Greater Portland area since 1993. All of our work is custom built to your specific job. We Design build high quality cabinets that will last and make your home improvement a great investment.  …

Our honest and reliable employees are enjoyable and easy to work with. We are a Clean and Sober company with considerate and respectful workers who understand the investment that you are making in your home or business. You can directly reach us at 503-380-2347. No travel charges. Or license number: ccb178116. WA license number: cutnonc95oke.  …

Outstanding. David is the complete professional offering tips on other parts of our remodel I.e countertops,. Everything was done as estimated, completely cleaned up all work area. His team built additional cabinets and drawers to my specifications and all match perfectly.

Cabinets are great. Work was fast--less than one week. Final product was all I could hope for, and I'm very happy with it. A few minor issues. Clean up wasn't perfect--I still have a piece of equipment and a drill bit at my house that were left behind a few months ago. Also had some miscommunications--I thought they would provide cabinet pulls and they thought I would. Not a big deal, but had to make a last-minute run to the store for them. I also thought they would install the microwave surround they suggested, but it turns out they only do that if it's all there when they're doing the work (and even then they'r apparently not supposed to); mine arrived damaged and had to be reshipped, so it wasn't there (and still isn't installed...)

They did an excellent job. They were a little slow, but that's because they were inundated with other work. They were very creative and helped us with deciding what to do. They were helpful with the samples, it looks like we have a brand new kitchen.

Description of Work
Cabinet refacing and replaced some, kitchen remodel

The crew was professional and did a great job. The owner (Rich) makes promises and doesn't always keep them. I feel sorry for his lead man (Tomas) who is often placed in the middle to deal with unhappy customers because Rich is continually adjusting the work schedule to deal with complaining customers. Anyone considering using this firm needs to get everything in writing including the completion date. We engaged this firm on July 12 and were promised that the project would be completed prior to our move-in date, September 10. This gave them almost 6 weeks after our taking possession of the house. It did not happen. The project was completed on the 13th only after several phone calls.

We loved the sinwood natural woodgrain cabinets in our mid century home's country kitchen (and master bath) but after 50 years they needed new hardware and refinishing. We wanted to keep the original cabinets as they matched the doors and woodwork throughout the house. Creative Kitchens did an excellent job and, frankly, it turned out better than I had expected. I initially thought the overall price seemed a bit steep and wanted to be sure of how well it would turn out so Rich Pickens took an extra cabinet door to his shop and refinished it as a "sample", which turned out so well we agreed to have them do the work (another lower priced contractor refused the opportunity to provide a similar sample of work product). Incredibly important fact for those who have had bad experiences with remodelers and contractors: Tomas and his crew showed up on Monday as scheduled and worked steadily until the job was done on Wednesday. They committed all of their time to getting the job done quickly, which minimized the inconvenience of not being able to use the kitchen during the process. Considering the diligence they demonstrated in completing the job and the excellent result obtained, and a nod to the remodeler's philosophy of "you get what you pay for", we ultimately decided that the price was more reasonable than we had first thought. They took great care to "tent" and ventilate the kitchen area while they were working so sanding dust and fumes did not encroach the rest of the house. They did a very good job of cleaning up every day, and especially at the end. Rich Pickens followed up afterwards to make sure we were satisfied. I would highly recommend Creative Kitchens and would use them again.

Things started out well, though there were some phone issues initially because Rich had a new iPhone and was having trouble getting voicemail messages. We'd had an appointment initially set for the day the President Obama was in town and since I live near where he'd be, I called to say that we might want to reschedule to avoid road closures. Rich took me up on the offer but it took a few days before he got back to me to reschedule. Once he did, he arrived on time and with lots of samples. I liked the product (pigment vs. paint) thought it's more expensive (requires sanding). Unfortunately, I never heard back from Rich. I tried emailing through the website and calling his cell, but no response. And no follow-up. He did give me his home phone number, and I admit that I did not call that. Despite the fact that I'd probably be happier with that product, I moved on to another company that was more responsive and the work is scheduled for next week. Perhaps Rich was still having voicemail issues and I should have called the home number, but I took it as a bad sign that neither of my messages - voice or email - were answered.

Description of Work
Rich Pickens c ame out to discuss project - refinishing or refacing my kitchen cabinets - and give me a bid. I have a large kitchen - 42 cabinet doors and 20+ drawers.

Description of Work
a renovation of the kitchen. cabinets, new drawers.

We couldn't be more pleased with the final project...they completely transformed our kitchen! They were on time, professional and the work that that do is AMAZING!!!

Description of Work
They refinished our kitchen cabinets.

Okay for the most part. Workers did a good job on cabinets. I called Mr. Pickens a few months later to see if he can refinish some bathroom cabinets. We set a date for an appointment and he never showed up. I have not heard from him since. If he did not want the job he should just say so instead of pretending that he is interested. Very odd.

Met them at Home Show...very nice and informative......the samples shown looked like what we wanted. So we called and set up an appointment for him to come out and give us a bid. Day of the appt., the time scheduled came and went. We called.....he said he had forgot, but came out later that day . He gave us a bid for the cabinets to be painted and mentioned he knew someone that could help us with the counter tops and that he would call to give us the information. Never got that information..He called to see if we decided on the bid; we said we were getting one more bid for the cabinets and were still waiting for the counter top information from him. He did not call again. We found another company to do our cabinets and counter tops.

Description of Work
We did not use this service