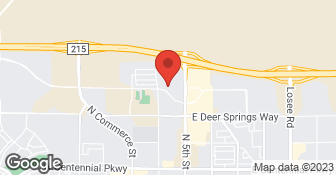 What a great experience for the first time of going thru such a project. We did 1,700 SF of tile. The team tore out all carpet and tile and then laid down porcelain tile. The team was on time everyday and the house was picked up at the end of the day. The project was done on time (7 days). The crew were very nice and professional. We would use them again.

Do NOT EVER have flooring installed through Lowes who subcontracts out to Eclipse flooring! We usually do our own home improvements, this time we decided to get hardwood installed before Thanksgiving to save time. This has been an absolute NIGHTMARE! The day they were supposed to be here to measure I inquired if they would definitely be on time as we were going out of town that day. I was given a two hour window that I could definitely live with. 5 phone calls later after being approx 6 HOURS late they finally showed up. We missed 1 full day that was paid for out of our vacation. They scheduled to install yesterday 11/21st between 8:00-10:00AM, after AGAIN not showing up and multiple phone calls my husband was told they left a message changing time to 1:00-3:00 there was no missed calls or message and my husband was leaving to El Paso. With my furniture literally crammed in to every little corner moved for the install ad Thanksgiving scheduled at my home they wanted to install sometime next week. The ONLY good thing about Eclipse flooring is Mindy she went out of her way to get them here today to get installed prior to Thanksgiving. With that being said they literally just charged me $300 additional to grind a few spots on the floor or the install would not happen. Feeling I absolutely have no other option this late in the game and it being the night before Thanksgiving I paid it . Save yourself the headaches and frustration- do not think it will be easier having Lowes do your installation it DEFINITELY WON'T BE! 😡😡

Eclipse Flooring was the subcontractor for Lowe's on Marks St. in Henderson. As a property manager and investor we purchase most carpet through Lowe's but each of the experiences, 20+ were absolutely horrible with this company. The final straw was today's installation. We paid for moving of items in a home as the property experienced a flood and the Tenant had to vacate the unit. The soonest that the company could install was one week which was still okay as it coincided with the Tenant's arrival later that day. During this time of course, we were paying for hotel stay due to the flood. When the company went out, they told us they couldn't move the Tenant's belongings, even though we paid for moving to install the carpet. We reminded them that we paid for moving. Eclipse refused and wanted to leave with the carpet and pad that we paid for leaving us without flooring in a property where a tenant would later be arriving. I have been on the phone with Lowe's trying to work out the situation and Eclipse has been nothing but obstructionists. They are even going as far as holding merchandise that I paid for hostage while they play their silly games. They refuse to leave the carpet on site and are holding in their warehouse for us to pick up. A 12 foot roll of carpet and the respective pad which of course they know that I can not reasonably pick up. This is of course one of the many issues that I have had with Eclipse Flooring over the course of the last year. I have now chosen to take my business from Lowe's because of their business relationships with subcontractors. I may choose to shop at Lowe's again if they remove Eclipse Flooring from their vendor list but I will let everyone that I recommend install flooring in their homes or businesses know of my experiences with this company. Running a business takes common sense and a general sense of how to run a business. This company, with it's foolish actions has none of either.

We went to Lowe's and picked out the backsplash. While there the sales associate mentioned they also do installation. He gave us a price, which was a few hundred dollars less than the contractor we had contacted. We signed a contract with Lowe's. Lowe's contracts with Eclipse Flooring for installation. It took Mark a day and a half to install. He did a great job. And he cleaned up everything. We are completely happy with the project from start to finish, which took 10 days from the day we walked into Lowe's.

Description of Work
Installed a backsplash made of glass and stone in kitchen.

These guys were awesome! They removed our old carpet and then spent a couple hours leveling our base flooring so they could install our new wood laminate properly. I was very impressed with their professional manner. They were very polite and got the job done quickly and in a timely manner. Our new floor looks amazing. I will be using them again in the future!

Best carpet installer I have ever used, period. These guys know their craft. ON-time, very professional, know how to install carpet (power stretcher used, correct measurement and recommendation for seams). They are CRI Certified (Carpet and Rug Institute) for installation services. Showed up with ID badges.

They came to the house and did an introduction. There was an estimator, he did all the measurements, gave me a schedule and everything happened exactly as he said that I would want once I agreed that I would go with them. I also them that I was shopping for the right company, they just did a very professional and excellent job. When they came in on the original job, my wife picked out the color of the laminate flooring and they started in the master bedroom and she came home and saw it. It was the wrong color and she said she don't want it and those guys took everything out again. It must have been 50 box with the laminate and they took everything back. It's amazing, they were totally professional about it. The estimator told us during the measurements that their primary concern was that we would be happy with the flooring that we'll have because we're going to live with it for a while and so I was really impressed.

Description of Work
Eclipse Flooring replaced the flooring. It was about almost 2,000 square foot flooring. I had all the carpeting taken out, the kitchen floor retiled and laminate flooring placed.

Excellent service, very professional and courteous installers. Although I did not know about Eclipse until Lowe's sent them, I would not hesitate to choose Eclipse if choosing a flooring contractor directly.

Description of Work
Eclipse installed ceramic tile in 2 rooms as a subcontractor to Lowe's. Eclipse removed old carpeting, installed subflooring, and then ceramic tile over the subfloor.

Description of Work
Their installers installed our carpet.

Eclipse was the installer with Lowe's. They were much easier to work with than Lowe's. We had to reschedule installation a couple of times due to renovating that was not completed on time. They were very patient and willing to work within our schedule. Both the carpet and tile installers were very professional and demonstrated great care in their work. I had the tile installers come back to do some additional tire work because they were so good. They took great care in laying out the tile so that it was equal on both sides of the room. I've had a lot of tile work done, but never this good!

Description of Work
We had new carpeting installed along with ceramic tile. We had already pulled out the old carpet and vinyl, although some additional clean-up was needed.

We are providers of construction services in the area. Our mission is to maintain the highest quality and professionalism from start to finish. We are confident in our results because all our jobs are custom for the needs of each home. We strive for the highest degree of quality products and workmanship. During the years in business, has satisfied many customers. It is our reputation of quality work, professionalism, and customer service our customers continue to rely on us for their needs. To understand the expectations of our customers, we take great care to work and communicate with every customer professionally. We base our reputation on service, safety, and quality. Call us today and find out how we can meet all your needs!  …

Family owned and operated remodeling company! We have been operating in Las Vegas for over 20 years. We do everything from painting, drywall, baseboards, doors, lighting, plumbing, flooring, showers, and more! We have competitive pricing and extremely fast completion times! We pride ourselves on the quality of our work and hold ourselves to the standard of perfection!  …

Master Tile Installers is a leading Tile Contractor in Las Vegas. Providing clients with a comprehensive approach to contracting and specialize in a wide range of services. Since it started out in 2017, It’s been committed to clients’ needs and satisfaction. Get in touch to receive your free estimate. Our clients are the number one priority, and We’ll go the extra mile to make sure they’re completely satisfied with service. Have a specific project that requires professional attention? Master Tile services are designed to tackle even the most complex projects. Call us today to discover how We can help.  …

How is ECLIPSE FLOORING overall rated?

ECLIPSE FLOORING is currently rated 4.5 overall out of 5.

No, ECLIPSE FLOORING does not offer free project estimates.

No, ECLIPSE FLOORING does not offer eco-friendly accreditations.

Are warranties offered by ECLIPSE FLOORING?

No, ECLIPSE FLOORING does not offer warranties.

What services does ECLIPSE FLOORING offer?