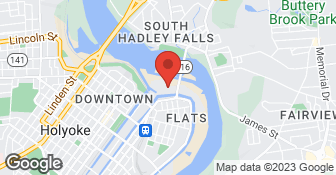 Dicky Matos is your local construction professional that serves homeowners and businesses with exceptional customer service. With over 16 years of professional experience and expertise, you can count on Dicky Matos to complete your project on time and within the agreed upon budget. We take pride in helping customers beautify and maintain their cherished homes or place of business. We have an "Equipter" with our roofing service for "no mess roofing". You will appreciate this tool to help keep your property clean! Please don't hesitate to contact us today for a no cost or obligation consultation on your next project today. Thanks!...

They're very nice people when you chat with them but it's been a month and we haven't even been able to get an estimate for our project. The first few rounds of phone calls were timely but after that, we got ghosted. Multiple calls weren't returned and booked appointments were missed with no follow-up. Someone finally arrived to look at the roof and promised an estimate and two weeks later we've heard nothing.

Basically, Dicky Matos' crew did an absolutely horrible job. In essence they slapped a sloppily done, commercial roof on my beautiful victorian home. The day they finished the work, I called Dicky to say that the roof looked horrible. He said he would come back and fix it. I literally called and called for 5 months. Finally, he agreed to come and fix it. On the day they were to come, I waited and waited, but nobody showed up and nobody called. I find Dicky Matos to be Incredibly unprofessional, disrespectful and unethical. In the process of having my roof fixed, I've had two other professional roofers look at what the roof they put on. One said, "It looks like Micky Mouse did this roof!" Here is a detailed list of the things that were done incorrectly and sloppily: 1. The rubber roof was not installed correctly. They used a termination bar to secure the rubber roofing OVER the siding, rather than removing the siding and trim boards to properly flash against the house. 2. The rubber roofing material was not only over the siding, but also on the trim of the house, on both sides. It was easy to see and very ugly. 1. There are bubbles/wrinkles all over the rubber roof. The rubber should lay flat. 3. The workers were careless with glue. Long lines of drippings on top of the rubber roof and patches of yellow glue on the siding (ruined the siding) and on the drip edge. Could have been cleaned up while still wet. (Dicky swears that they don’t use glue, but a self-adhesive.) 4. Drip Edge not installed properly, not straight and starting to buckle in several places. 5. They used a commercial (wide) drip edge instead of a residential drip edge which is narrower and more aesthetic and more appropriate for a house. 6. They didn’t finish caulking the carpentry work/repair on the soffit 7. They did not add a nailer around the edge of the roof to attach the drip edge to the roof. 8. The insulation board they used was thicker than what was needed for this residential job. That type of insulation board is generally used for commercial applications.

Description of Work
Put a rubber roof on a flat front porch.

Very well . He was prompt, came twice and as far as I know fixed our problem with the gutters.

Carlos came from Dicky Matos, looked at the needed work, stated they would send an estimate but never heard from them again.

Excellent. They were diligent, professional, super clean up of property. Polite too!

Roof still going strong, after the wettest Fall-Spring combo on record. Installed spring of 2018, still looks good and no leaks or problems, even around four skylights, existing at the time of the roof installation. Dicky and his crew did a great job.

Brought in 8 employees, removed old roof and weather tight in one day, installed new shingles the next morning. Job was extremely well done. I am a retired contractor and they not only did it just the way I would have, but also accommodated some of the peculiarities of our house. Their clean up was impeccable. They left the job spotless.

Never returned my calls despite multiple follow-ups. Quite disappointed.

Called once and said would call back, never did

What an amazing experience to work with this company: courteous, professional and thorough. Clean up was great. I highly recommend them.