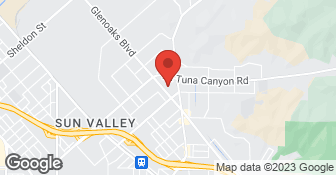 Elite Moving and Storage is a family owned Los Angeles moving company. We provide local and long distance inter state moves throughout the United States, including Alaska and Hawaii, as well as storage. We have been moving people around for over 25 years. Contact us at https://elitemovingandstorage.com...

I would not recommend them at all for several reasons. They are not equipped for a cross country move despite saying they are. This will be long. My husband hired them for a cross country move from Los Angeles. They were very pleasant on the phone getting the contract set up but made it clear we needed to have our things picked up by 1/13 to get a 1/22 delivery window. Upon arrival, we were charged over $1,000 more than our original quote due to more items. Would have been totally fine, expect the math for the cubic footage wasn't really lining up. We paid, but ironically the company that handled the "drop"'of our items (they transfer to a local place for the actual delivery) confirmed that the our items were MUCH less than the footage the Elite movers quoted. The other issue was getting our items delivered. Remember that 1/22 delivery window? upon our arrival, we called asking for an update and we're told it could be up to 21 days past the delivery window by Mary. This was on the contract, but the contract also said "allow up to 14 business days for cross country moves" and "delivery may be up to 30 days" so we were a little confused on what actually the latest would be. At one point, we were told "it should be heading out soon, expect between Wednesday and Friday (Week of 1/28)" by Donna and when we called that Thursday for an update we were told that was incorrect and nobody had taken the job. We continued to call and we're told nobody has taken the drive to transport our items. They eventually stopped taking our calls until we called from a google voice number. Eventually the supervisor told us it would be up to 30 business days despite another employee saying 21, and the contract saying 3 different dates. Our things arrived 3/1 (38 days after the delivery window) and included several broken mugs and glasses, a busted nightstand, and card that belongs to someone else. We are still extremely upset about the stress, costs, and poor customer service throughout this entire experience. Seriously, do NOT use them. I wish I would've taken these 1 star reviews seriously.

Description of Work
Moving and transport of household goods

BEWARE -- NOT HONORABLE | PROCEED WITH CAUTION!! My experiences are below. Given the choice I would not use them again and clearly cannot recommend them to others. - Prior to move, Mary in main office was responsive and helpful. After the agreement was signed, she was either unresponsive or acted as a roadblock to getting answers/resolutions. - On day of move, the foreman forced me to pay an additional $400 cash. Said stuff looked to be more than originally quoted. - Despite giving what I was told by the company as a fair and reasonable tip. The foreman aggressively suggested that I needed to double that amount. Follow up conversations with managers confirmed this was standard practice. - When it came to delivery - sent many unanswered emails/vms over the course of weeks. Finally, they called and said my stuff would arrive in 6 hrs. Delivery Included damaged items and missing items. - Still waiting to hear back from managers on how they will address my complaints. Despite being told it would take a few days it's been over two weeks.

Description of Work
Out of state move

Thank you Donna! You and all the moving team were excellent. We loved how they worked at our house by checking all the boxes that we packed, loading them to the truck and unload them to the new house. They were quick, professionals, experienced, clean, fully motivated and with perfect costumer service. They made our moving much less frustrating and looks easy. We know that moving is one of the largest pain in the world but you guys did it very easy. Thank you once again.

Description of Work
A complete moving service to our new house.

I was a bit worried about hiring Elite Moving and Storage because during all my life, I’ve just packed and moved all my things myself by renting a truck and get some people to do the move. Elite Moving and Storage was fantastic from start to finish! Donna from the office was the person that I dealt with and she answered all the questions I had and all of her answers were truthful and upfront. She was outstanding at telling me what I should expect in this moving service. The movers arrived to the house at the time that Donna said they will and I they start the work right away and without any delays. They honestly worked very hard and finished the entire moving service faster than I though. Donna was very fair with me, honest and on top of everything. I will recommend Elite Moving and Storage to others!

Description of Work
They moved my house.

Excellent moving company. We hired them to store all of our belongings for a month and then to deliver it to our new house. We are very happy with the service and we do recommend them.

Description of Work
hired them to store all of our belongings for a month and then to deliver it to our new house.

Wonderful moving and customer service, we are absolutely recommend Elite moving and storage company! Jose and all the moving crew arrived to our house on time (early morning) and managed the entire moving very casually. All the movers were very polite of our house and all the boxes that we packed. They worked nonstop till the truck was loaded and unloaded in the new house. They got the moving job done the same day and without any hidden priced. Nice job!

Donna and Jose did a countless job with my recent move. This was not the first time that I’ve hired them and I will certainly hire them again in the future. Donna was very quick with her follow-ups and she made sure that everything is going great and without any problems. Jose and the movers were very skilled in the moving services and they took care of all the boxes and furniture’s. The entire house was checked before they loaded them to the truck. As part of the move, they had to break apart the refrigerator so they will be able to take it out of the door - and when they arrived to the new house, they connected it back again the same way it was.

Description of Work
I hired them again to move my house.

There is nothing else I can write here other than unbelievable people and service!! Donna and Jose are the best!! From the first call that I did all the way to the showing of the movers and to the end of the service, they were qualified, polite, pleasant and easy to work with!! Unbelievable!! They were so careful with our boxes and furniture while they took an extra care by loading and delivery!! During the move, we changed our decisions on what went where in the new house, all the movers stayed professional and supportive without complaining!! We will definitely refer them to our friends and family!! We want to thank them again for the truthful estimate (Donna) and the actual move service!! Honest company and wonderful service.

These movers are INCREDIBLE! Donna, Jose & Michael just moved my parent’s house from their home in Ventura to a house in Camarillo and they did a great job. Nothing was smashed or broke and the move was very easy for my parents thanks to Elite moving and storage. They were able to move everything the same day and more than that, they helped my parents to organize the boxes in the places where they should be. We highly recommend to hire them for any moving or storage services.

A truly professional, creative and courteous outfit. Walter, Samuel, Nato and Weecho treats dour stuff like it was their own. We couldn't have asked for a better team. No move is easy, but that's why it always helps to hire professionals. Don't settle for anything less than Elite.

The Moving And Storage Experts

Established in 1979. We also offer something that no other California movers can offer a 100% satisfaction guarantee. We focus on easing the stress of making the transition to your new home. The Moving and Storage Experts is a full-service moving company that specializes in local and long-distance home and apartment moves from, and within California. Contact The Moving and Storage Experts today for a free moving quote, and learn how we can help you on your next move!  …

Welcome to SOS Moving Company. Providing trusted USA Moving Services, we are committed to high quality professional service and your 100% satisfaction. Visit our website at sosmovingla.net for more! SOS Moving is an established LA-based moving company. We are handling moves of any complexity: whether you are moving to a new house, or relocating your office and business, we will make this process fast, simple, and efficient.  …

Thanks for stopping by! We're relatively new to Angie's List, but we're happy to be here! We'd love to get the chance to know you work with you on your upcoming moving related project. We are a full service local and long distance moving company. We specialize in both residential and commercial relocation. We offer full service packing and storage solutions. Please call or visit our website for more information and to receive a free quote.  …

Elite Moving & Storage Inc is currently rated 4.5 overall out of 5.