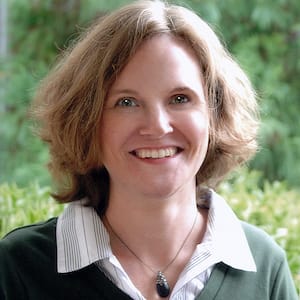 In years past, Daniel Griffin could count on about 40 percent of his Charlotte-area landscaping business to be “hardscape” projects, such as patios or stone fireplaces and fire pits.

This year, more than half of his work at Island Creek Landscape is hardscape, with demand for fire pits as hot as they’ve ever been.

Griffin, who's based in Stanfield, North Carolina, has seen the same shift in the landscaping business that much of the country has, as fire pits have burned a path eastward from California, where they became popular a decade ago. Charlotte landscaping companies are installing them in settings large and small. “Lately that’s the go-to item,” Griffin says.

This year, the American Society of Landscape Architects included fire pits in its list of the 10 most in-demand outdoor living features and design elements.

Griffin says he first noticed a surge of fire pit orders last year, and now, they’re part of every other patio he quotes. “I’ve probably put as many in during the past 12 months as two to three years prior,” he says.

He's shifted his marketing to take advantage of the surge in interest in installing fire pits.

Fire pits, he says, are significantly less expensive than outdoor fireplaces, and they bring versatility to outdoor living spaces.

In fact, Griffin encourages his customers to put fire pits at the edge or just outside of patios. That creates two separate spaces with one hardscape feature — a patio with chairs and tables, plus a fire pit with chairs or a seating wall.

A bonus tip from Griffin: Put a piece of wood over the fire pit and drape it with a cloth to create more “table” space for bigger outdoor parties. Then, when dinner is over, slide off the wood and let the fire pit become its crackling hot self again.

Fire pits also offer design versatility, he says. They can be standalone or with a seating wall. They can be full circle or semicircle with a stone backsplash. They even can be gas, although most of his customers prefer the less expensive and more authentic wood-burning variety.

That's one of the reasons why Griffin, who started Island Creek eight years ago, doesn't think fire pits will burn themselves out as a landscape fad.

"It has a camping type feel to it," says the North Carolina State graduate. Plus, unlike the last hot outdoor trend, water ponds, fire pits require less maintenance, he says.

"It's always been an item people have tossed around," he says. And now? "They've caught fire." 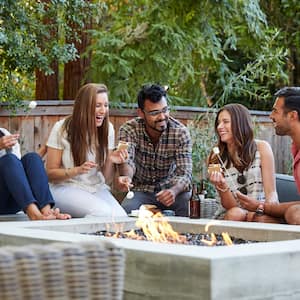 How Much Does It Cost to Install an Outdoor Fire Pit?