How Much Will It Cost to Get a Radon Mitigation System for My Home? 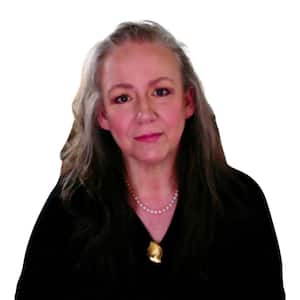 Radon gas is odorless, radioactive, and can be found in many areas of the country. In some geographical locations, the bedrock naturally produces enough radon that it can accumulate in a basement, increasing the risk of serious disease. Fortunately, you can mitigate radon and reduce that risk.

According to HomeAdvisor, radon mitigation costs around $800 to $1,200. However, your total price will depend on factors such as the type of mitigation system you use, the home size, its foundation type, and your location.

6 Health Dangers Lurking in Your House

Cost of Radon Mitigation System Near You

Radon is more prevalent in some U.S. states than in others, meaning that radon mitigation specialists in those states may have more experience installing home mitigation systems. This can impact your cost, but it’s not necessarily true that mitigation costs are always lower in states with higher rates of naturally occurring radon. Consequently, it’s important to evaluate prices near you.

Radon mitigation system costs for several U.S. cities are detailed below, but you should get competitive quotes from several pros to ensure you’re getting the best possible price.

How Much Does a Radon Mitigation System Cost?

By itself, this radon mitigation method is about half as effective as the other approaches, although you can pursue it along with one of the other methods for best results. In addition, you’ll probably need to reseal your home regularly to keep the radon levels low. Sealing the basement costs an average of $4,600, although the DIY version of this method costs an average of $400 to $1,500 using commercially available products made for this purpose.

Depressurization mitigation systems work by creating a vacuum to remove the gas trapped beneath your basement floor or crawl space, using PVC pipe and a constantly running fan to create suction before radon enters your house through foundation cracks. Pros may alternately refer to this method as “subslab” or “soil suction” mitigation, which costs between $1,000 and $3,000.

At an average cost of $500 to $2,500, the passive depressurization method of radon mitigation costs less to install than the active approach, although it works similarly. A pro installs a PVC pipe beneath the foundation or crawl space, then up through exterior walls. However, it doesn’t utilize the fan to create suction. As the name suggests, it relies on passive methods like stacking to draw the radon out from under the home to vent safely in the air over the home roof.

Reducing the amount of radon in your home through lower-level pressurization costs around $500 to $1,000. It works by sealing off the lower levels of your home (usually the basement, if you have one), then forcing air into sealed-off levels, creating a vacuum to keep radon from seeping into your home through the foundation.

If your home is drafty, this method may not be very effective. It can also increase your electricity costs by $200 to $300. However, many pros recommend lower-level pressurization as a stopgap measure while you explore one of the other radon mitigation methods.

The cost of a home radon mitigation system depends on your chosen method (we cover how DIY approaches differ from commercially available and professionally installed systems in the next section). For systems designed and installed by radon mitigation specialists, you can break down your total project cost into two main components: materials and labor. However, you’ll often find they quote a single all-inclusive price.

You’ll need to start by testing your home for radon. Testing kits are widely available from online vendors and large home improvement retailers, ranging in price from $15 to $50. In addition, Kansas State University’s National Radon Program Services group offers discounted radon test kits for purchase, from $17 for short-term kits to $27 for long-term ones. Finally, according to the U.S. Environmental Protection Agency (EPA), you may be able to find free tests available at local and state health departments.

Alternatively, you can have a top-rated radon inspector near you come to test your home for radon. Professional testing costs between $150 and $800, more than over-the-counter radon testing kits you use yourself. However, professional testing yields more thorough and accurate results.

Finally, the radon mitigation method you select is the primary factor in its cost. Basement sealing costs less on average but is half as effective as other approaches.

Most pros include the cost for their services in the total price quoted, without breaking it down between labor and materials.

Homes that exceed 4,000 square feet and the age of the home may increase your cost. Older homes can be more complex to service, depending on the method. Additionally, basements over 2,000 square feet may require adding suction points for depressurization, while multistory homes can require specialty ladders and other equipment, further increasing the costs. 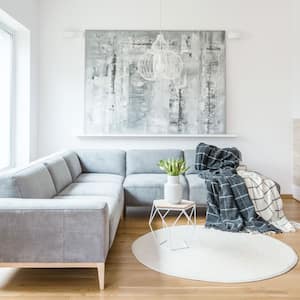 4 Hazardous Gases in Your Home and How to Detect Them

Cost to Install a Radon Mitigation System Yourself

While it’s not necessarily a very difficult job, installing a home radon mitigation system is best left to the pros. This is because it requires several different kinds of home improvement skills.

It also requires access to lots of different types of tools, including a rotary hammer, demolition hammer, wet/dry vacuum, drill-powered auger, manometer, and putty knife. If you don’t already own those tools, you’ll need to buy or rent them. You’ll also need to purchase PVC pipes, an inline fan, insulation, and hydraulic cement. The total cost for the materials, excluding the required tools, averages around $500.

Hiring a local radon mitigation specialist can save time and ensure a more thorough result.

The cost of home radon testing and mitigation can add up quickly. You can start with a short-term radon testing kit instead of professional testing services to save some money. At a minimum, these inexpensive kits can let you know whether your home has sufficient amounts of radon to warrant more thorough testing and a mitigation project.

You may also find local companies that offer referral programs to existing customers. If a friend or neighbor had a good experience with a particular company, they might offer rewards for referrals, and some may offer discounted rates to new customers as well.

Also, get three or more written quotes from radon mitigation pros to make sure you’re getting a competitive price. Before you make a final decision, research each of the professionals you’re thinking of hiring.

Lastly, talk to your tax professional about the possible tax benefits of using a health savings account or flexible spending account (HSA/FSA) to pay for radon mitigation. 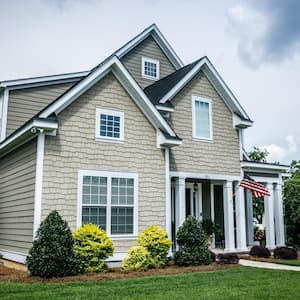 Why You Should Consider Encapsulating Your Crawl Space

What is the most common method of radon mitigation for homes?

According to the EPA, the active suction method is the most common type of mitigation system for residential use.

How does radon enter my home?

Radon is a colorless and odorless gas that develops naturally when radioactive particles in the ground begin to decay. When warm air begins to rise and exits your home through the attic, it creates a vacuum and pulls cooler air from under the foundation. That process is called the stack effect, and it’s more pronounced in the winter, making colder months the best time to test your home for radon.

Why is my radon mitigation system so loud?

Radon mitigation system sounds are usually the result of the inline fan that helps create the vacuum and resulting airflow. If you hear a new, loud mechanical or humming noise coming from your radon fan, it might be time to replace it. Most fans used in radon mitigation systems last up to 10 years but may need to be replaced sooner.

Where is radon most frequently found in the U.S.?

According to Air Chek, a radon testing company, the highest levels of radon in the U.S. are found in Alaska, followed by northern states from Washington and Oregon to northeastern states.