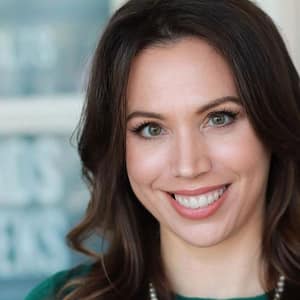 If you’re looking to build a path in your yard, a brick walkway can add charm and style. There are many different styles, patterns, and materials to choose from, and installing patio pavers usually costs between $8 and $25 per square foot.

Here’s a breakdown of the different styles you can choose from to best complement your home and make your property look beautiful.

Whether you’re building a brick walkway to your front door or a path out to a backyard patio, running bond is a popular pattern for brick walkways. In this formation, bricks are laid out staggered horizontally.

There’s minimal cutting involved, so this pattern option keeps costs and waste low. It’s also a very durable formation, so if you get a lot of foot traffic on your path (like from the sidewalk to the front door), this is a good option.

Stack bond is the most visually simple layout for a brick pathway, with bricks placed horizontally with no staggering. This is another low-cost and low-waste option, and since the bricks line up perfectly, there’s no cutting involved unless you need your pathway to fit a certain width. Stack bond pathways are another strong option, so they’re good for areas with high foot traffic. 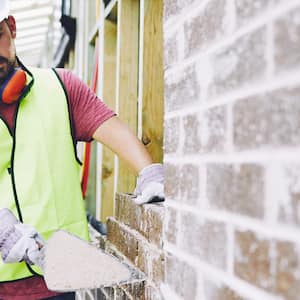 How to Hire the Best Masonry Contractor for Your Project

Multiple bids and references are key

Basket weave patterned walkways have a more interesting look than traditional running bond or stack bond because the bricks look like they’re weaving in and out of each other. This is a popular option for backyard patios or entertaining areas.

While a bit more complicated than the regular basket weave, this is a very visually interesting pattern that would make a beautiful walkway in outdoor entertaining areas.

Mosaic brick patterns are specialty layouts usually custom designed by a professional. They can be as simple as laying out bricks in a specially designed pattern or as complicated as having bricks cut to look like swirls or ocean waves.

The herringbone pattern was named after the look of bones on a fish. Though in brick form, it may not resemble a fish exactly, it is another visually interesting pattern for a brick walkway.

To create this pattern, you lay down bricks in a zig-zag at 90-degree angles so when viewed from above, it looks like alternating sloped blocks. If you want straight edges on a path for this pattern, you’ll have to cut some of the bricks along the sides.

The Flemish bond pattern is one of the oldest styles of brick layout, along with running bond and stack bond. It originated in England, and is achieved by laying rows of alternating headers (the shorter square face of the brick) and stretchers (the longer side of the brick). In this layout, the header bricks are centered between the stretcher bricks above and below.

A pinwheel bond layout requires some cut bricks, so unless you have brick cutting skills, this one will require the help of a masonry contractor in your area. This pattern consists of blocks of four and a half bricks.

The half brick is put in the center of the block first. Then, four blocks are laid around the center half-brick, so the visual effect is a pinwheel. You’ll need at least one cut brick for every two blocks to achieve this brick walkway pattern.

Grid block layouts require not just bricks, but wood or other materials to lay out sections throughout the pattern. Each section consists of a design of the homeowner’s choice, usually a basket weave pattern with three rows and three columns per section to form a perfect square. Some builders opt for pinwheels or stack bond designs in each section.

A whorled brick layout is complicated and, therefore, may be a time-consuming project. There is usually one brick header in the center, with a circular design of stretchers radiating outwards in increasingly larger circles.

To fill in the gaps, bricks that are cut into wedges are inserted between the stretchers. While very visually interesting, this is a complex brick walkway pattern that may be a more expensive option. 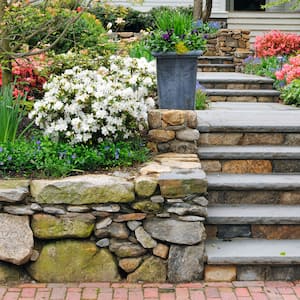 It’s time to pave the way