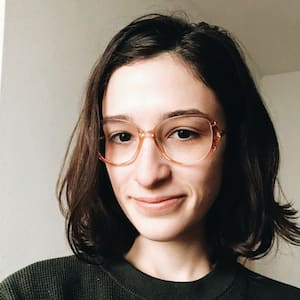 Furniture styles are constantly changing to suit our ever-evolving tastes

Furniture has been reinvented and reimagined throughout history as much as humanity itself. Primitive versions of tables, chairs, and even couches date as far back as Neolithic and ancient Egyptian times. But the furnishings of these far-off eras bear little resemblance to what we know now because of how much our tastes have evolved. Keep reading to find out how centuries of adaptations led to the modern styles that currently fill our homes.

Early humans were not so different from us, at least in terms of the furniture they had in their homes. While the first tables and chairs were no more than a few rocks piled on top of each other, these furnishings quickly matured into objects that wouldn’t look completely out of place today.

Thanks to ancient Egyptians’ conservation efforts, we know a lot about their tastes in furniture.  Unearthed objects include chairs, tables, beds, and even sofas—though they’re a far cry from the cushy couches we have today—and most fixtures featured dark wood, rigid lines, sculptural elements, and plenty of gold accents and finishes. These furnishings belonged largely to the ruling class, while the average Egyptian had only a couple items at most and with far fewer flourishes.

While standard dining tables and chairs did exist in ancient Greece, many preferred to instead recline on chaise lounges while they ate. Overall, their furnishings featured a lot of both dark and light wood trims, as well as plenty of thatched and woven elements. Though their design elements mirrored the straight, rigid lines of Egyptian furniture at the start, curves and flowing ornamentation became more commonly used as they developed their own style.

The ancient Chinese were the first to invent furnishings for sitting directly on the floor—also known as floor mats. They also developed long, narrow tables specifically designed for holding instruments, often called altar tables. Other than that, they relied on bamboo and a frame and panel style of woodworking. Little else is known about the design elements of these early objects.

The era’s furnishings were highly distinctive, and featured lots of dark wood, elaborate embellishments, and bulky forms. This was a period of difficulty and necessity; most people had only the most rudimentary objects, like chairs, stools, benches, and the occasional primitive chest. During the later portion of this period, a variety of new types of fixtures—like cupboards and desks—started to appear.

This was a time of rebirth for both art and furniture. In Italy—where the Renaissance began—and Northern Europe, dark, austere objects were discarded in favor of opulent, colorful, and gilded designs. More and more craftspeople drew their inspiration from the world at large, incorporating elements of nature into both carved and painted objects. This is also when upholstered furnishings first began to show up.

This period ushered in a new age for furniture. For one of the first times, society saw multiple styles developing at once.

After the extravagance of the Renaissance, this era of British furniture design opted for a quieter, less lavish approach. Table legs became more narrow and straight rather than spiraled.  And furnishings in general were closer to the ground and more rectangular. Fewer colors were used and ornamentations were greatly toned down.

This period of furniture design is most well known for its extremely elaborate ornamentation, dark, gaudy colors, and shadowy tones. Pedestal feet were common on most tables, cabinets, armoires, and other tall furniture. Trade routes between Europe and Asia also made it possible to incorporate an array of materials, like tropical woods ebony and mahogany.

The furnishings of the 18th century incorporated influences from ongoing art revolutions and exploration to the new world to usher in an exciting new design era.

Much like the dreamy, photo-realistic art of this period, the Rococo design movement was full of complicated, ornate design elements. Furnishings were very opulent, much like they were in the Baroque era, but pastel colors and lightwoods kept everything soft and airy rather than shadowy and morose. Cabriole table and chair legs were another common fixture of this time—shaped like an S, they gave objects a more organic impression.

The furnishings of early Colonial America focused on function over style. Objects were easily moveable and rejected the ornate design elements of previous periods. S-shaped table, desk, and chair legs were common, and influences from England could be seen in the dark wood tones and rigid shapes of many fixtures.

Much like the previous century, this was another great period for furniture innovation. The industrial revolution made it possible for people beyond the ruling class to add lavish fixtures to their homes. And many different styles popped up afterwards as a result.

This era saw the revival of many previous eras of furniture design, including Rococo and Gothic styles. For the first time in history, furnishings from these various approaches were inexpensive and more accessible for the working class.

Named after a Parisian art gallery, this style of furniture was all about innovation. Fixtures that resembled real-world objects like trees and flowers became widely popular, and furniture began to take on shapes and forms that it had never before. Rounded features became more commonplace on chairs, headboards, bookshelves, and beyond.

The furnishings of the 20th century continued the innovation of the previous century in exciting and unexpected ways.

This German design style is known for its fearless experimentation, use of geometrical shapes, and sleek simplicity. One of its most iconic furnishings is the Brno Chair, which ditched the usual four legs and instead used a single C-shaped bar to support the entire fixture.

Created in France and inspired by Art Nouveau, this style of furniture is famous for its intricacies. In contrast to Bauhaus, it was brightly colored, ornately designed, and relied on rich, textured fabrics to add a feeling of luxury. 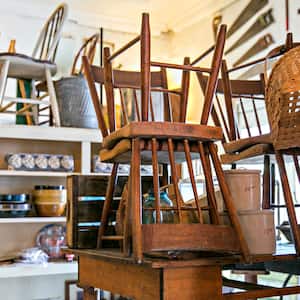 Learn how to care for the antiques in your home so these older furniture pieces will look their best for years to come. It's simpler than you may think.